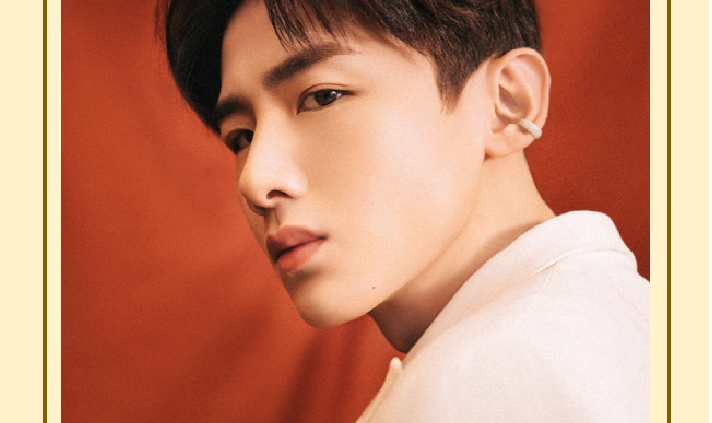 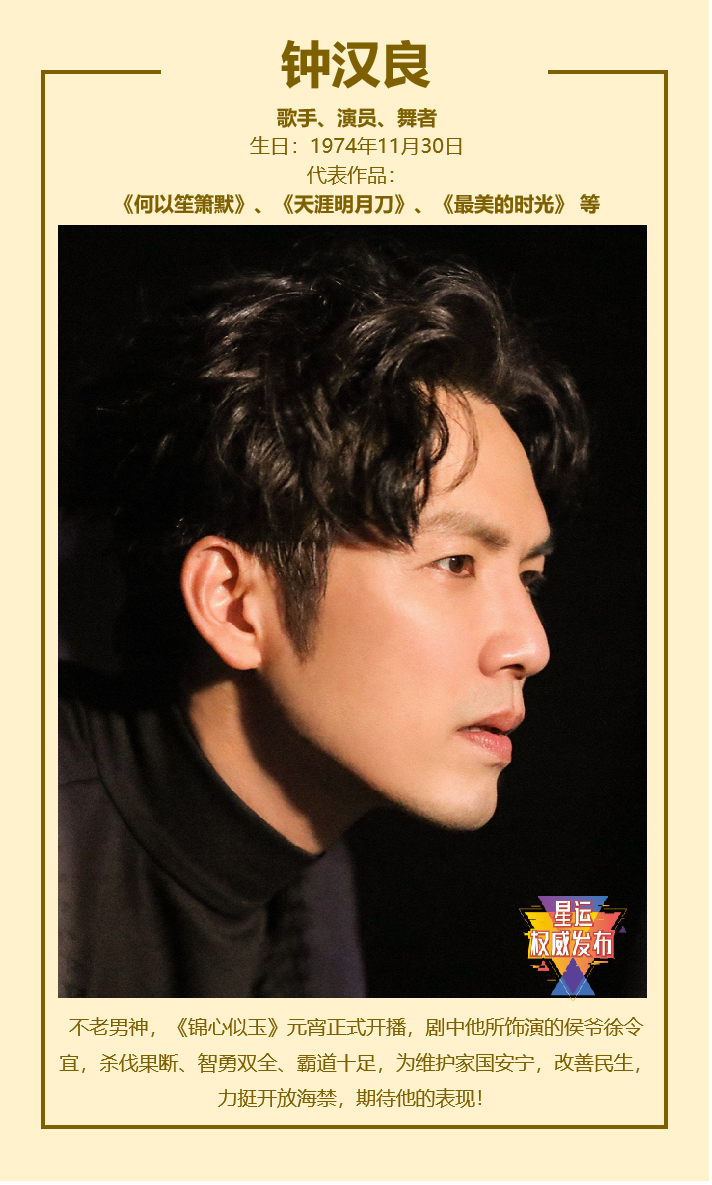 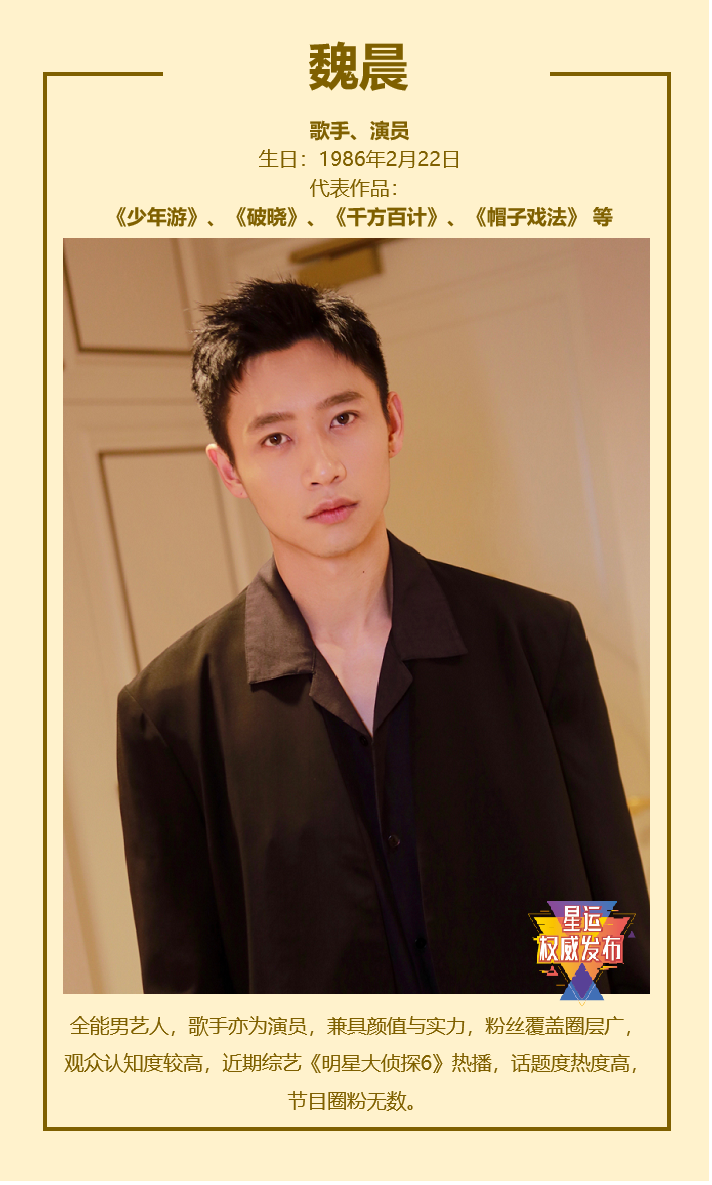 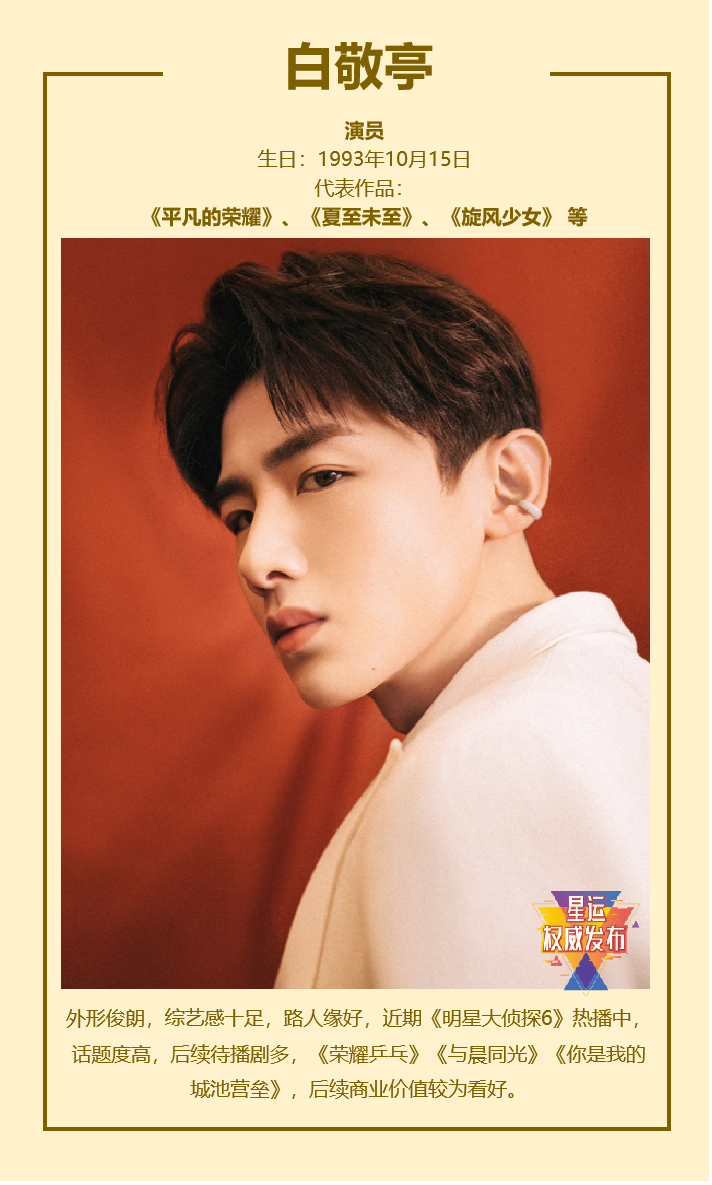 4. Yang Li: A famous stand-up comedian, with the phrase “obviously so ordinary, but so confident” brought about a network-level discussion, and participated in the recording of Mango TV’s female emotional healing program “So what if she has emotions” and Youku’s social slow variety show “Under the Same Roof”, which attracted a lot of attention 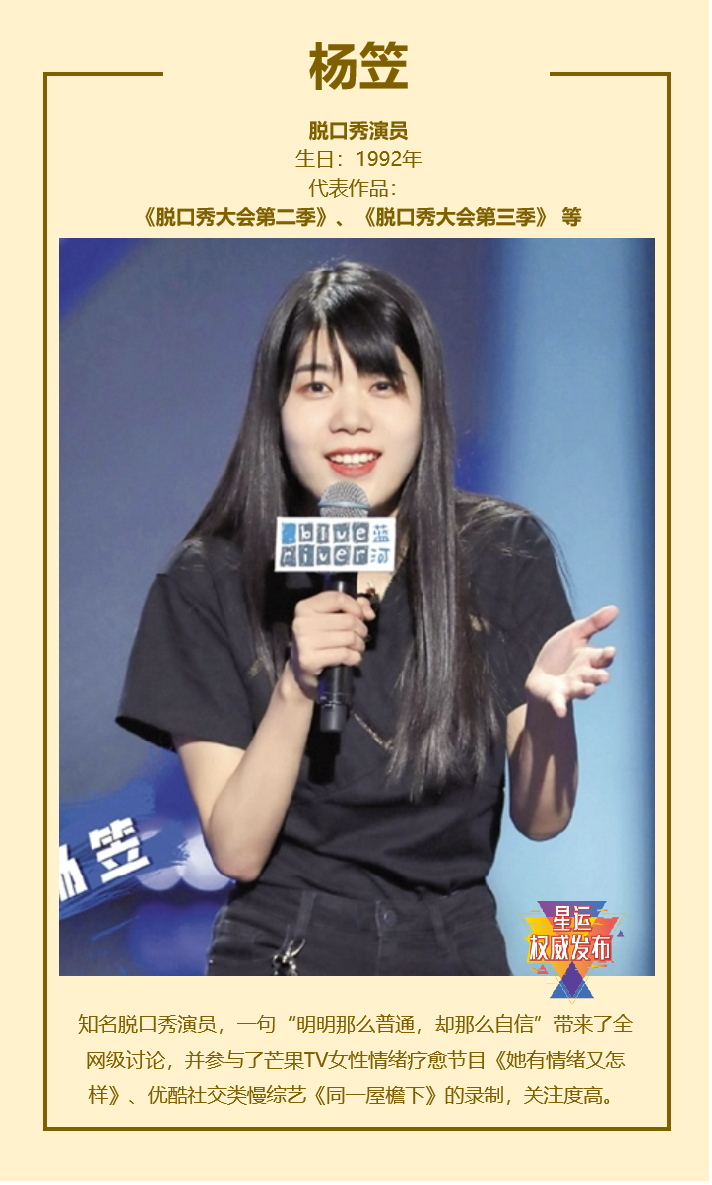 5. Fu Seoul: A stand-up comedian with distinctive personal characteristics, in the seventh season of “Oddball”, she is the “old oddball” with many golden phrases, frequently appearing on the hot search, her remarks “real inferiority is better than false confidence”, “wrong love She is also a member of the “The Best of the Best” team. 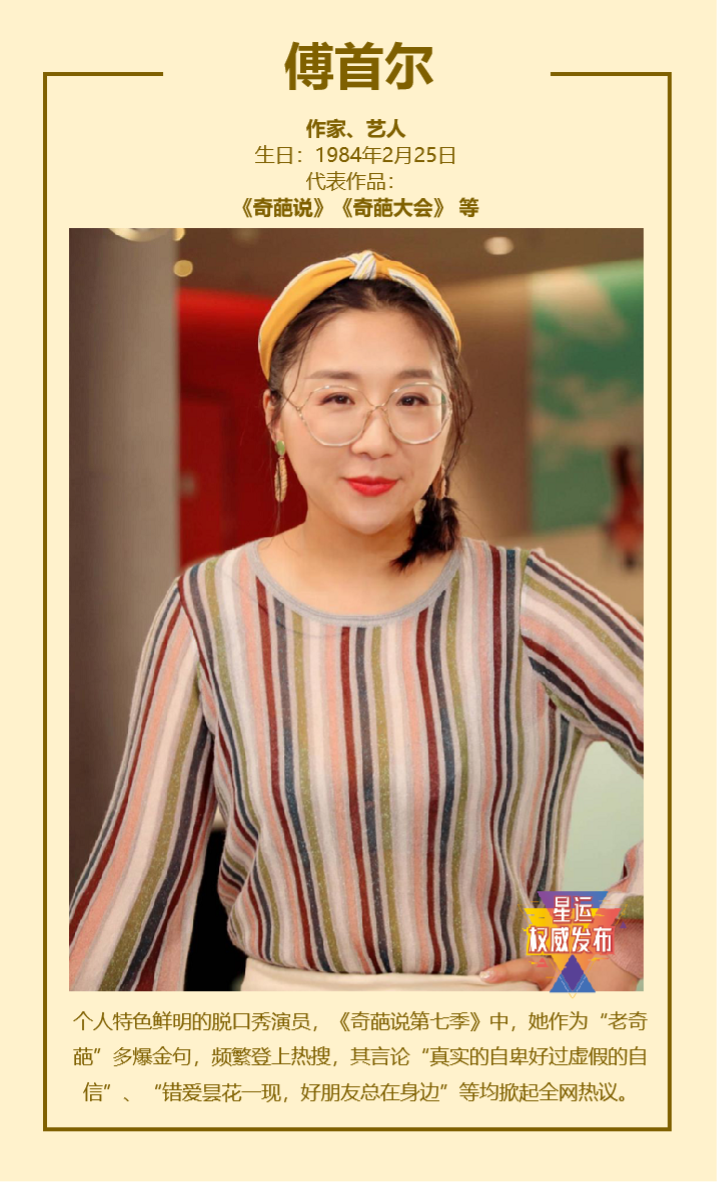 6. Will Pan: “no matter what rhythm sung, with him to reverse the earth”, recently “youth have you 3” is being broadcast, in which Will Pan acted as a rap mentor, review humorous and funny, the style is free and fearless, but also full of golden words, high energy constantly, look forward to more exciting performance of Will Pan! 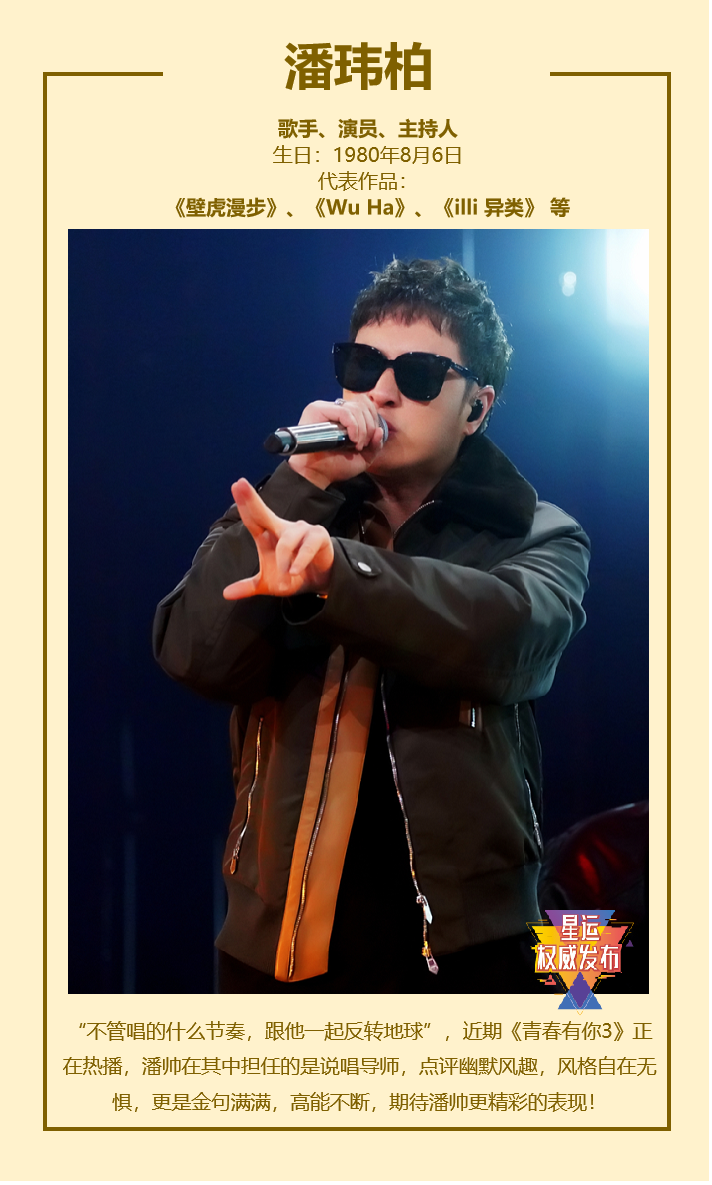 7. Qi Wei: “Hello Anyi” is on the air, about a robot with human emotions Anyi reunited with other families with the help of the Qiao Mingyu family, the topic is hot, the play Qi played Anyi widely acclaimed, and some netizens say she herself is simply a robot! 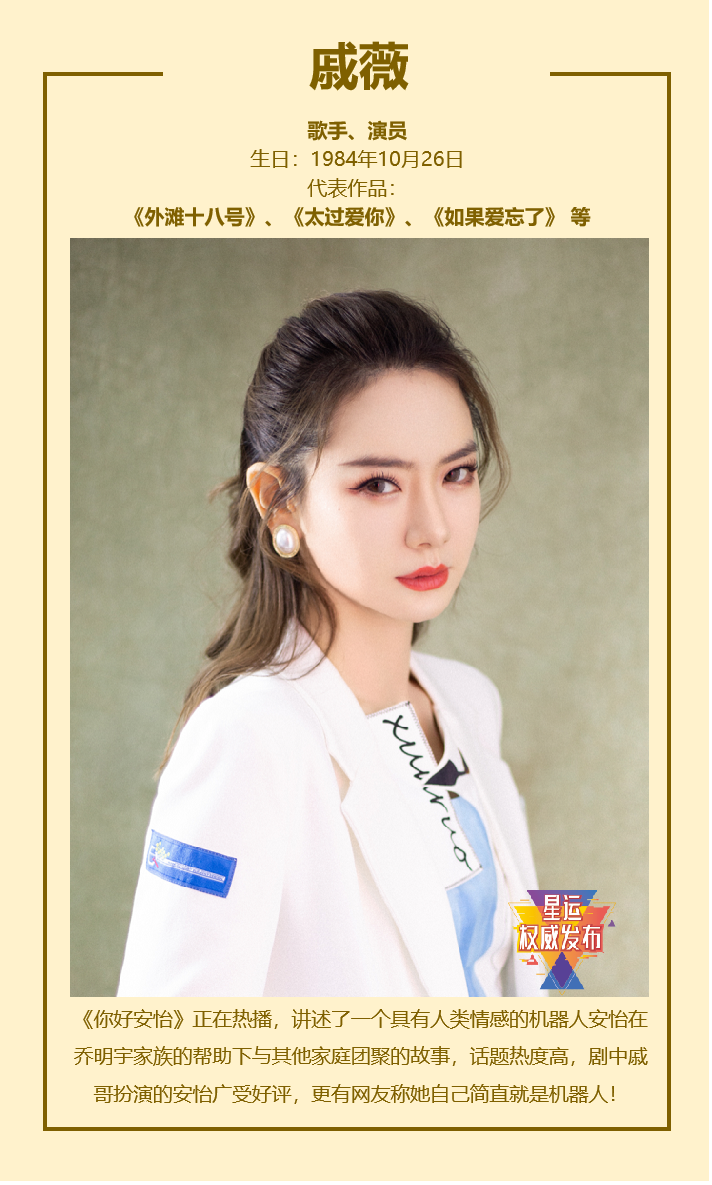 8. Gong Jun: Recently, the opening of the “mountain river order” ushered in 8.2 Douban high score, the play as Wen Hak Hsing is not only the face of the play, but also the role of funny, outside the play and become a segment of the hand, frequently on the hot search led the audience to discuss, the circle of powder countless, look forward to his subsequent performance! 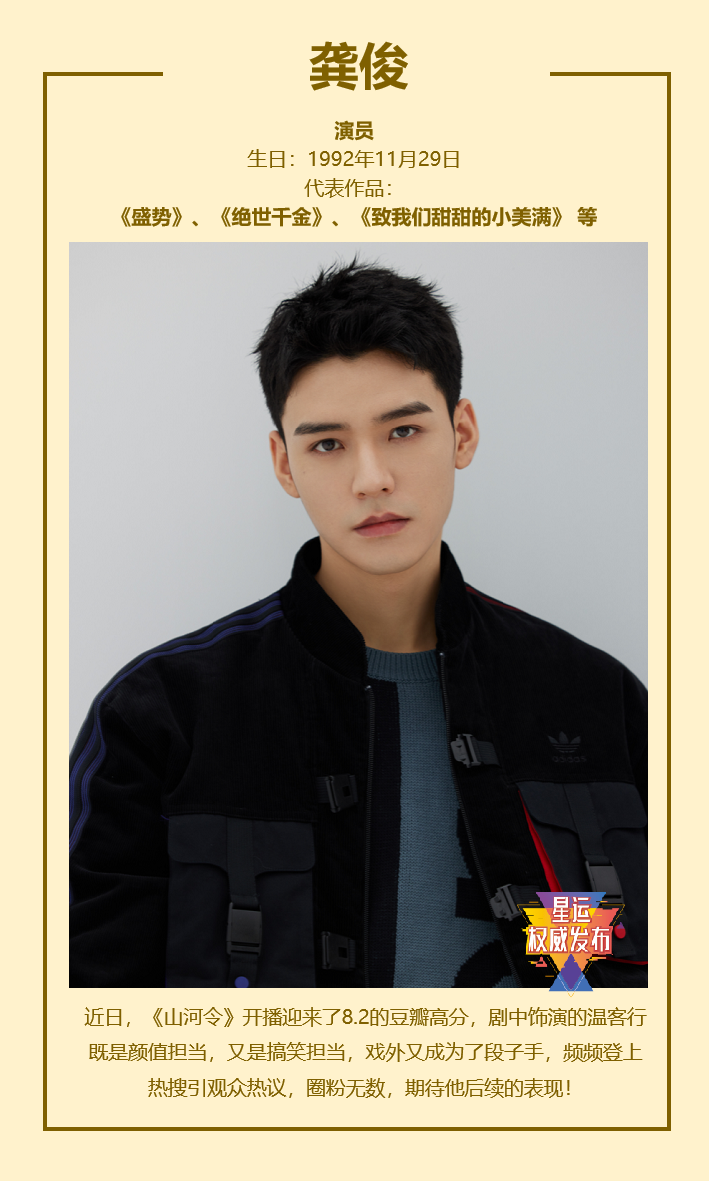 9. Li Ronghao: creative male singer, talented, as the mentor of “Youth With You 3”, his personal image and voice is highly recognizable, the songs are widely sung and widely recognized by the public, and his commercial value is climbing. 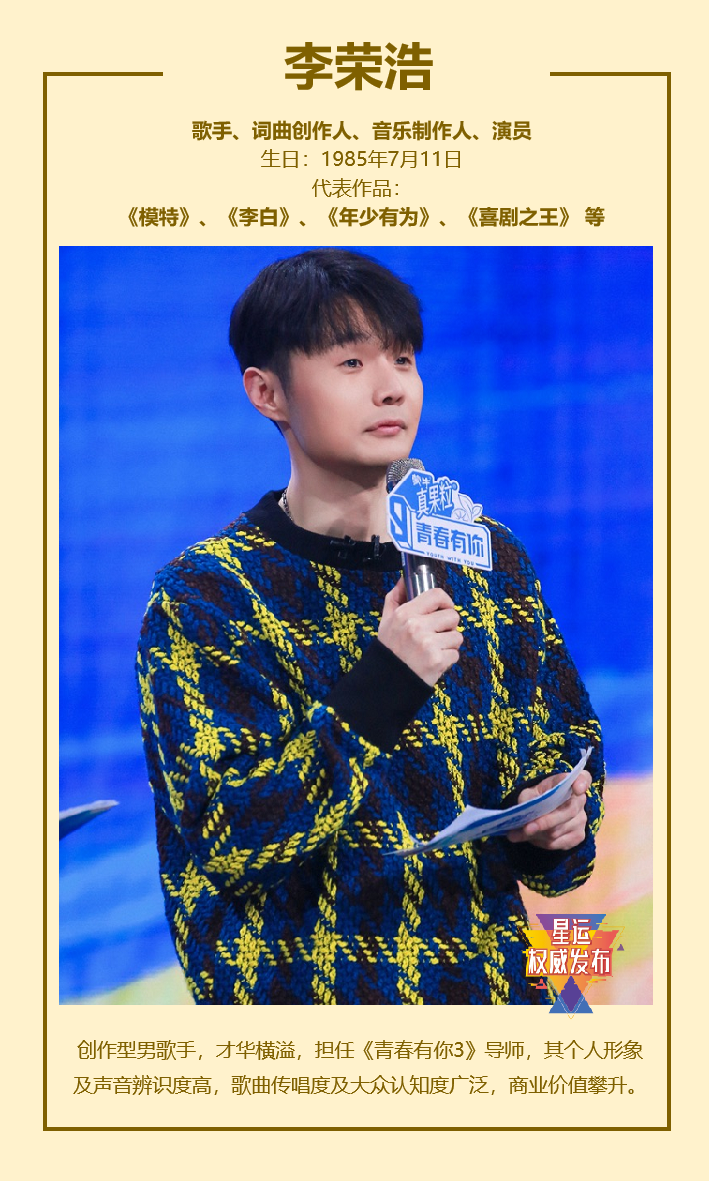 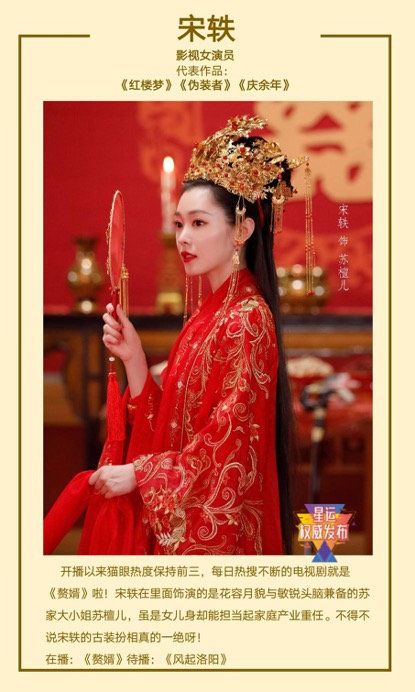 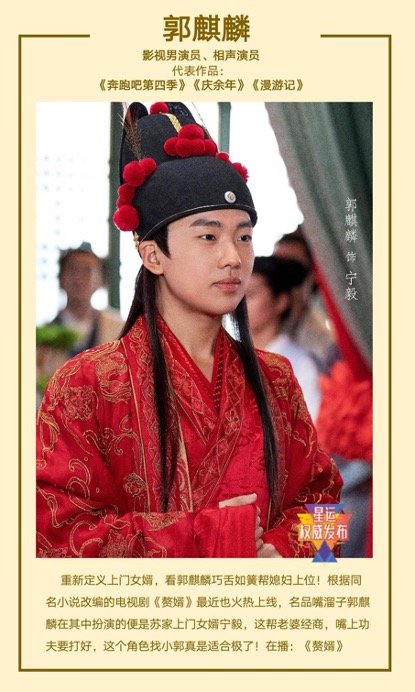 12. Cao Xiyue: super tough iron lady, water is great! Recently, the popularity of “Superfluous Son-in-law” has been rising, and our Cao Xiyue’s character Yuan Jin’er is also a great attraction! She is brave enough to save her own destiny in the face of persecution, so I love girls like Jin’er! On air: “The Superfluous Son-in-Law 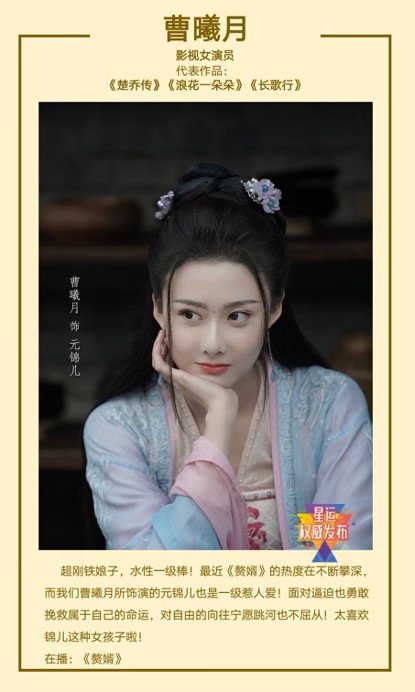 13. Xiao Zhan: “Douluo Continent” a round of broadcast heat has not subsided, the second round on the stars of the central eight times the prime gear and set off the climax! In the play Xiao battle played by the big male Tang San’s martial arts soul is blue silver grass, the discussion of the heat continues! In the broadcast: “Douluo continent”, followed by “the rest of life please more guidance” “ace troops 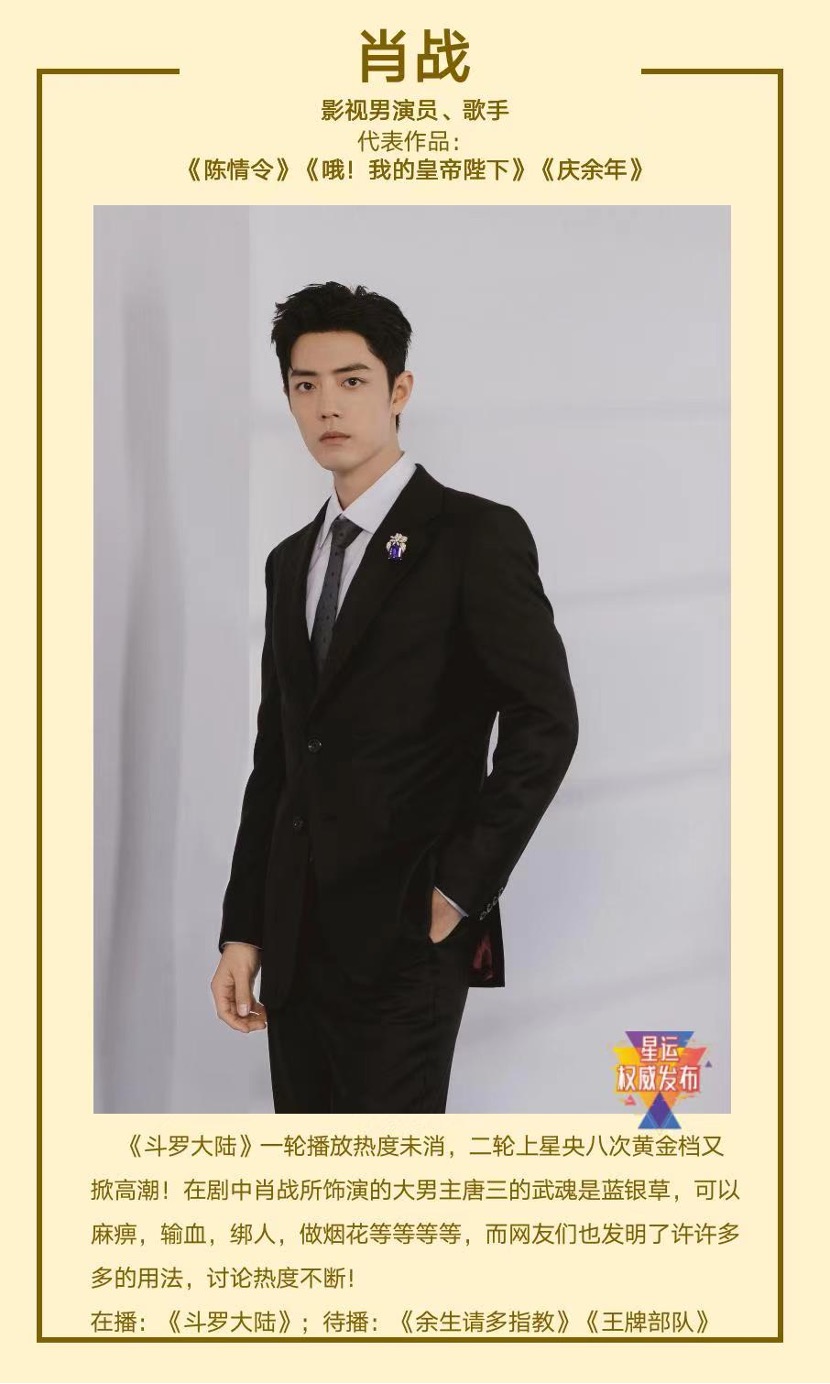 14. Yang Mi: assessment of the whole section first, double-clear national security is your Anke gallop the world! Yang Mi this time the challenge of new subjects, in the modern spy drama “eye of the storm” in the role of superb ability, superb execution of the double-clear state security reconnaissance section chief quiet, task execution in an orderly manner, is the example of many people in the reconnaissance section. Anke is the best! On air: “Eye of the Storm”, to be broadcast: “Thank you Doctor”, “Lady Dendro 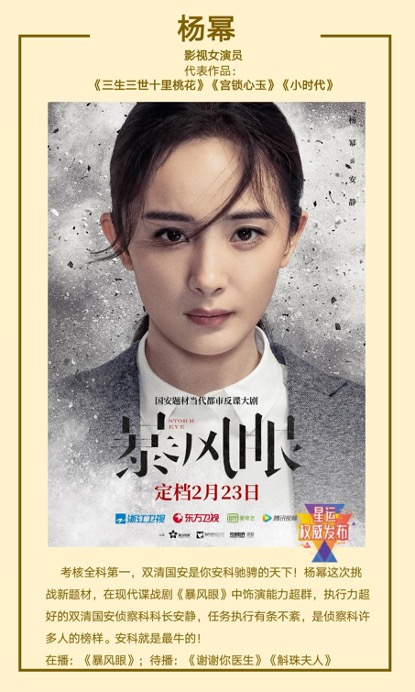 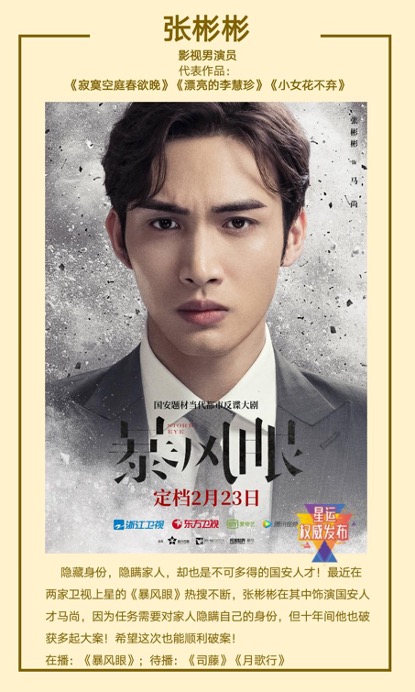 16.  In the summer of 19 years, “Dear, Love”, Tong year harvested a stunning love, and in 21 years, she wore a wedding dress with the love of her life. Yang Zi in the “my time, your time” guest performance, a wedding dress beautiful and generous, really too beautiful! To be broadcast: “The rest of my life please teach me more” “Green hairpin line 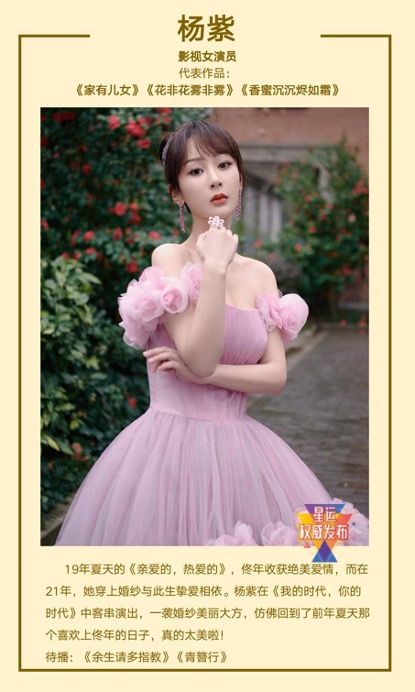 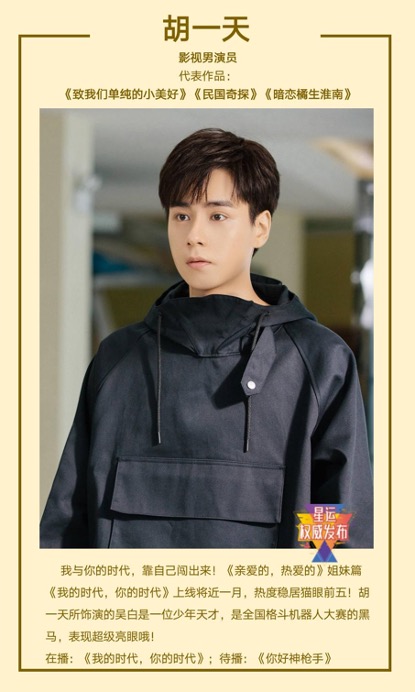 18. Li Yitong: Your own era is created by yourself! The TV series “My Time, Your Time”, adapted from the novel “Secret Room Trapped Fish” by Mo Bao Fei Bao, has been discussed quite a lot recently. Ai Ai, played by Li Yitong, is a senior in robot fighting, and her excessive strength and intelligence are the highlights that make her unforgettable! On air: “My Time, Your Time”; To be broadcast: “Lixia Xing”, “Special War Glory 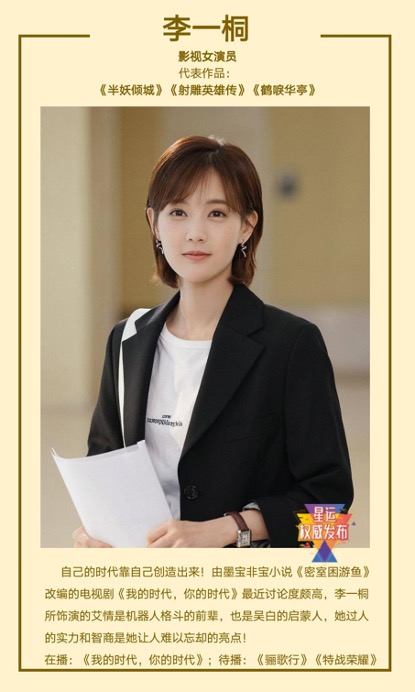