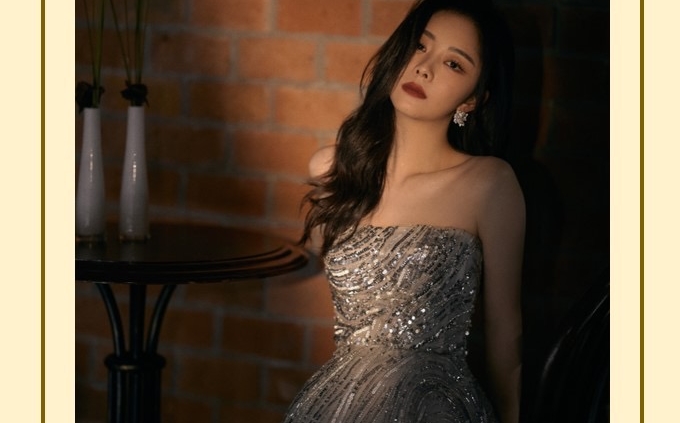 Deng Lun: youthful and sunny, with a flowery appearance, strong fashion expression, a large and sticky fan base, a positive social image, his performance in “Qing Ya Ji” is even more eye-catching, recently participating in the recording of “Ultimate Challenge”, looking forward to the broadcast of subsequent programmes. 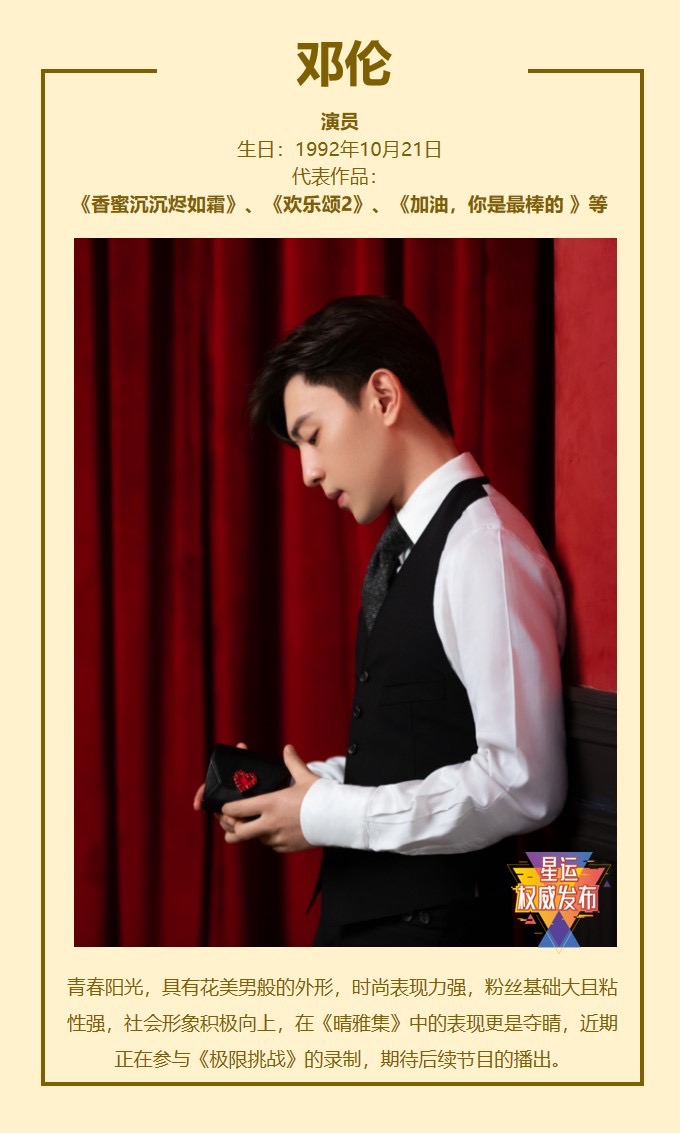 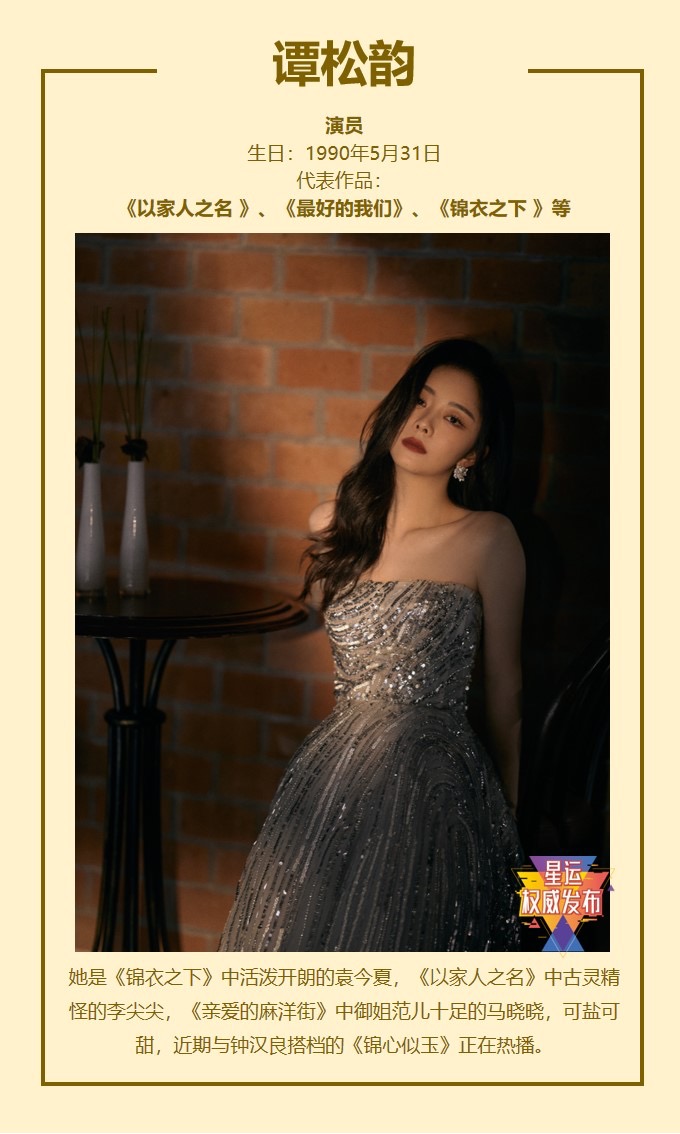 3. Qin Xiaoxian: A comedian from the De Yun Society. Recently, “Sister Sister’s Martial Arts School” and “Happy Comedian 7” are being broadcasted, and he is attracting a lot of attention because of his high facial value and “silly” features, and he will also bring “De Yun Washi”, an ancient light comedy starring Zhao Xiaotang and Meng Hetang, in the future. 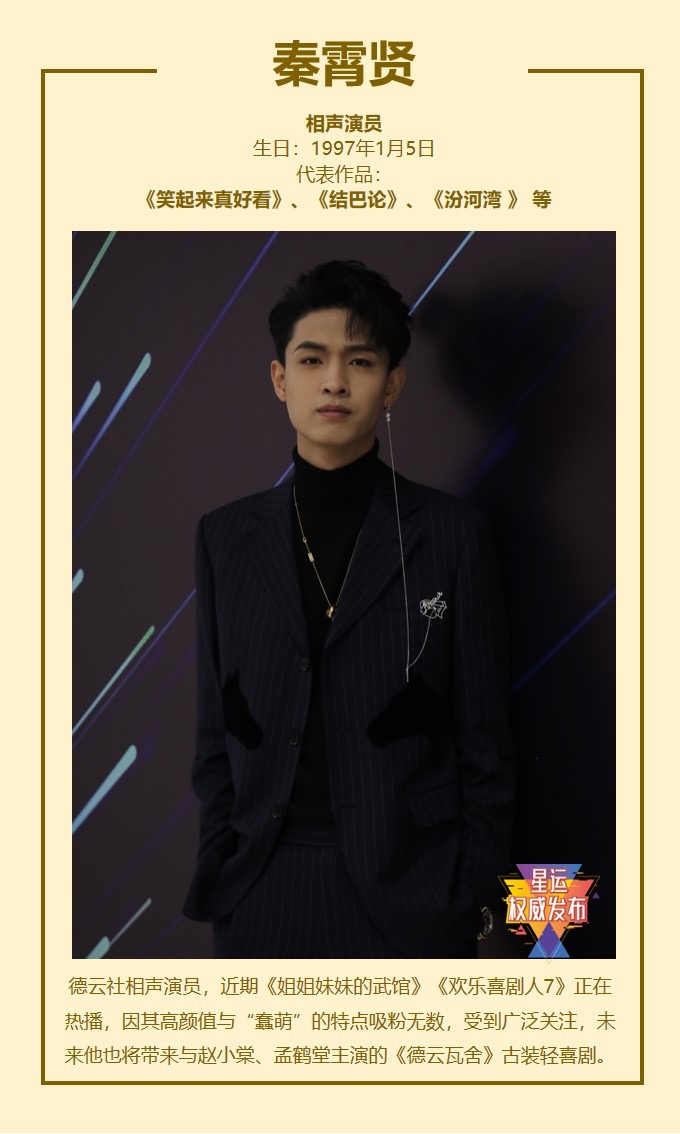 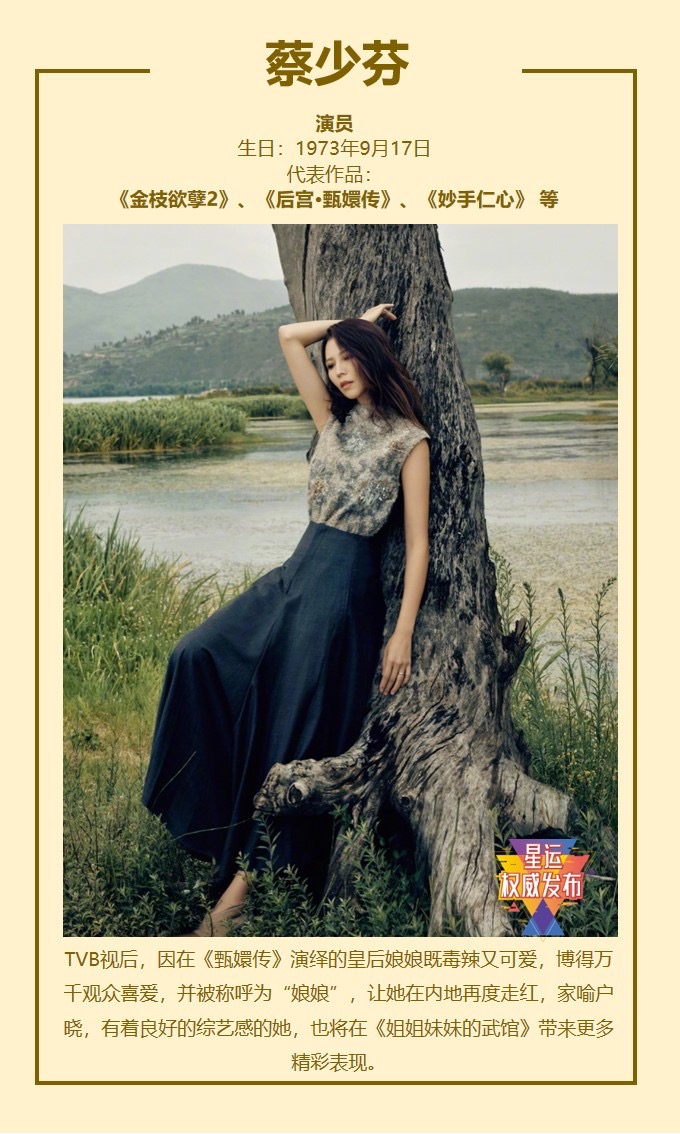 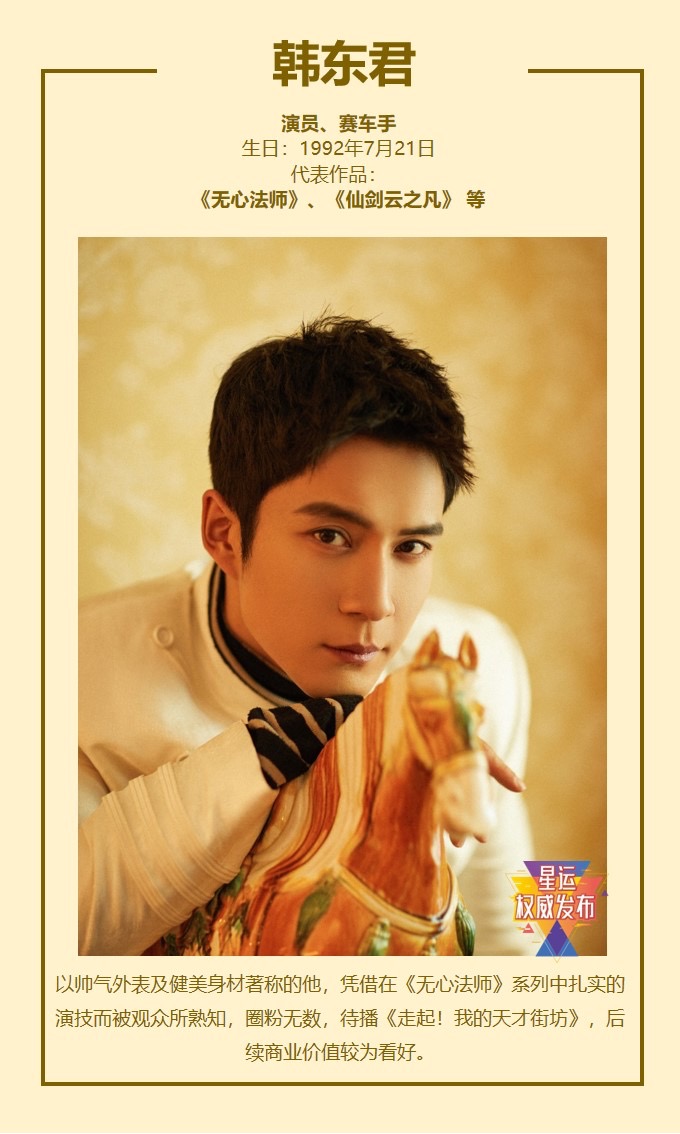 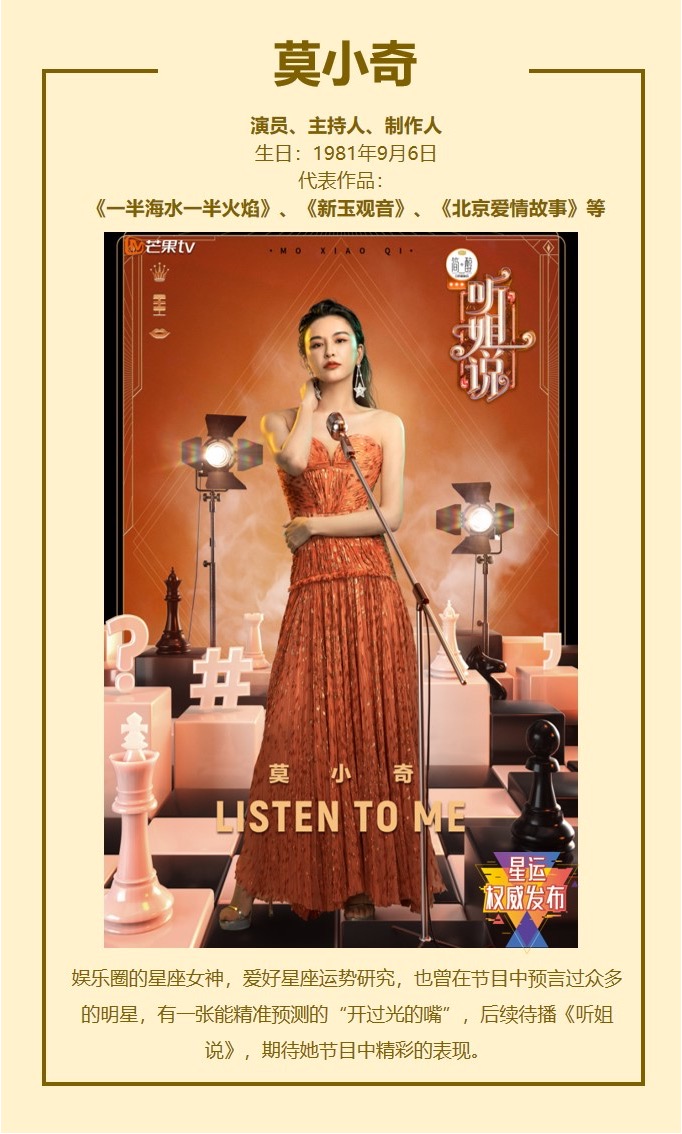 7. Ruiiza: A Kazakh goddess, her role as the intelligent and resourceful maid Tanqi in The Twelve Hours of Chang’an won her acclaim from the audience and she was nominated for Best Actress in a Chinese Costume Drama at the Huading Awards. 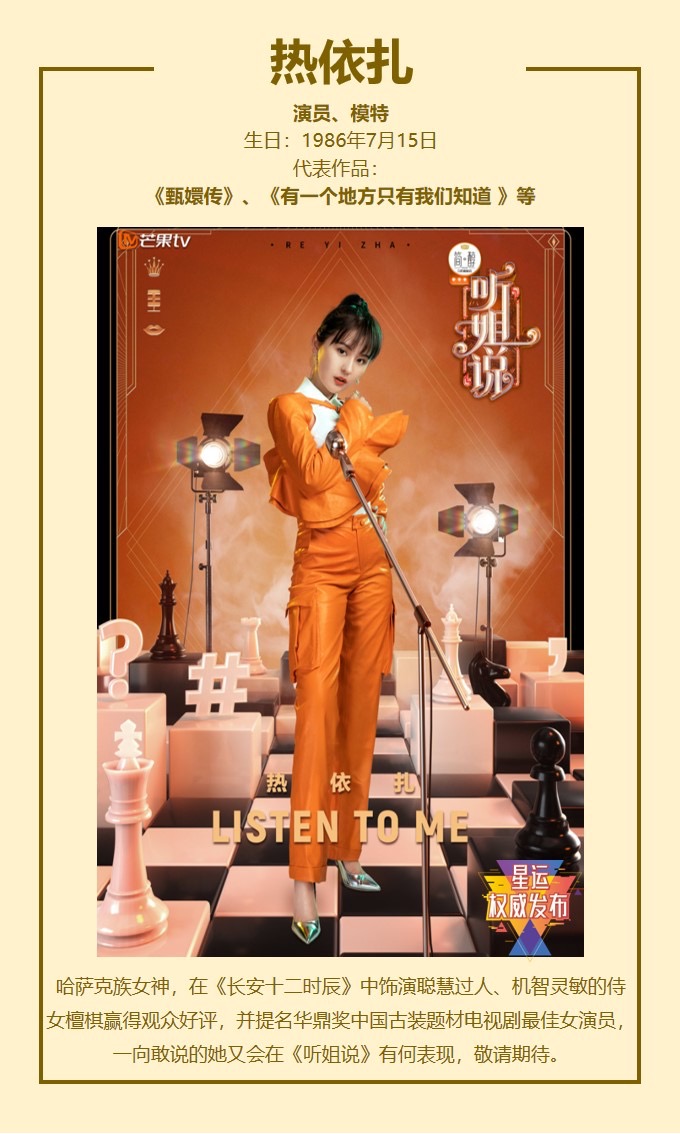 8. Wang Ziwen: She is the brutal and capricious “Qu Xiaoxiao” in “Ode to Joy” and the hardworking Jiao Jiaren in “The Amazing Pediatrician”. 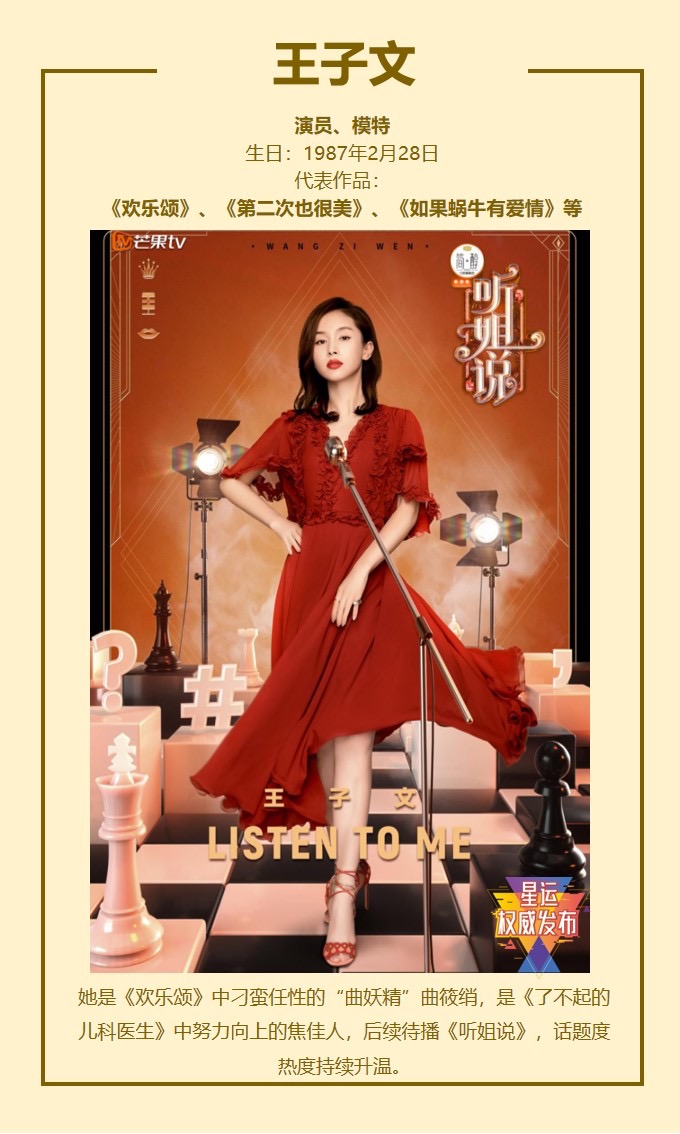 9. Bai Jingting: a new generation popular youngster with top passerby goodwill, currently popular on the internet for his new drama “You Are My City Camp” and “Glory Ping Pong”, his temperamental image is very popular among the younger generation, he is very terrific in person and can show a more interesting spark in business cooperation. 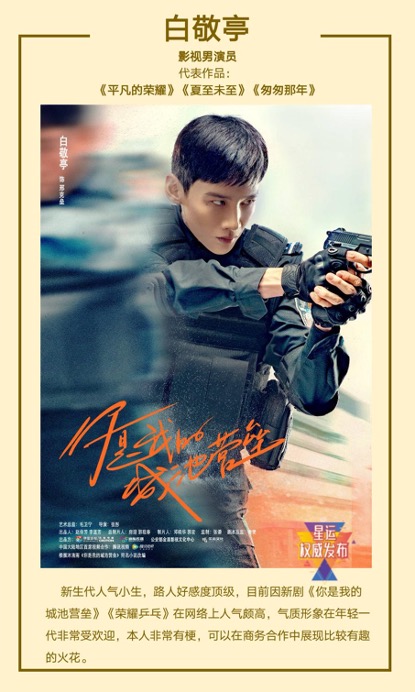 10. Ma Si Chun: the 53rd Golden Horse film queen, good acting skills, the performance in the broadcast drama has attracted a lot of new fans, passers-by view is better. Gentle temperament, acting strength can meet different style needs of the performance form, recently is also a topic of conversation, the discussion is high.

11. Liang Jingkang: popular actor of the new generation in China, one of the new F4, with outstanding appearance and good image, suitable for taking hard photos, with Zhang Zifeng as his partner in the upcoming work, and highly discussed. 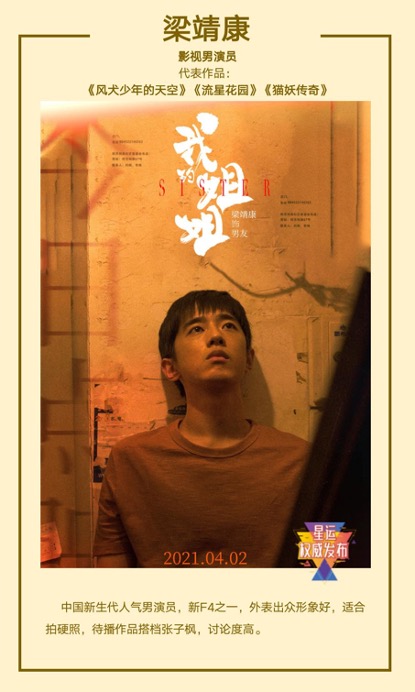 12. Zhang Zhehan: A popular new generation Chinese actor, he has appeared in the starred drama “The Legend of Yunshi” and has gained a large number of fans as the lead actor in this year’s popular drama “Order of the Mountain River”. 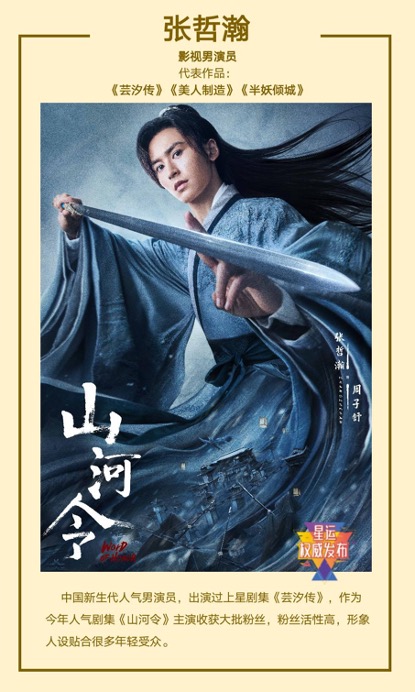 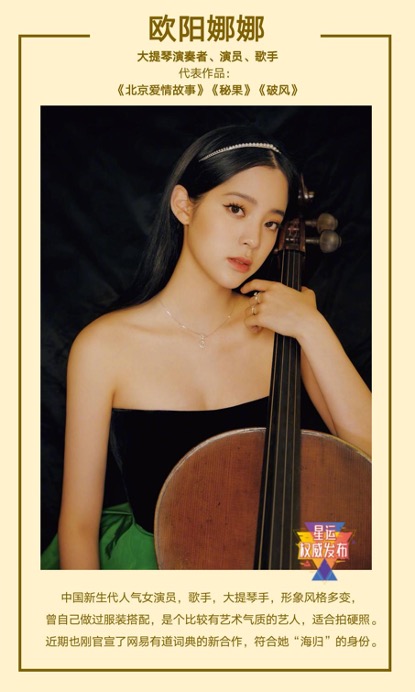 14. Fan Cheng Cheng: Chinese new generation popular actor, singer, is the third debutant in China’s phenomenal talent show variety show “Idol Trainee”, with a big sticky fan base and strong purchasing power, he himself has also been active on several variety shows recently, with high exposure. To be broadcast: “Left Shoulder With You”. 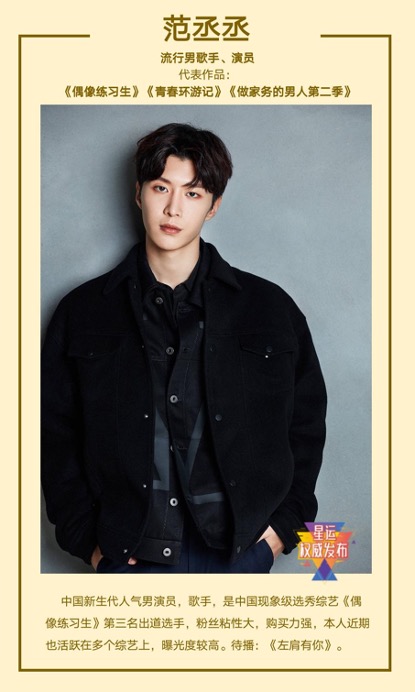 15. Jixie Junyi: Chinese powerhouse female singer, one of the popular contestants of The Voice of China, with a very distinctive appearance and image, top-notch singing strength, fun and playful, recently active in the hit variety show “The Sister Who Rides the Wave”, with high exposure. 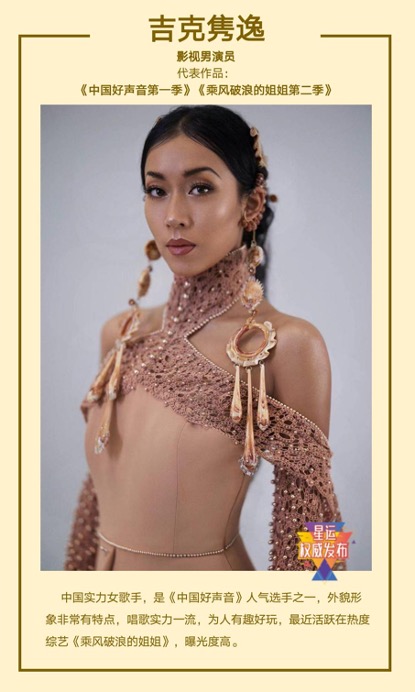 The newest sweet pet flower with a girlish look. Her girl-next-door looks and spontaneous personality have not only made her a big hit in the ancient sweet-pet drama market, but also allowed her to gain many fans on the Xiaohongshu platform. The notes are all conscientiously recommended, so follow Ruth on Little Red Book to get more conscientious goodies!

Pending works: “And Try the World”, “The Long Song”. 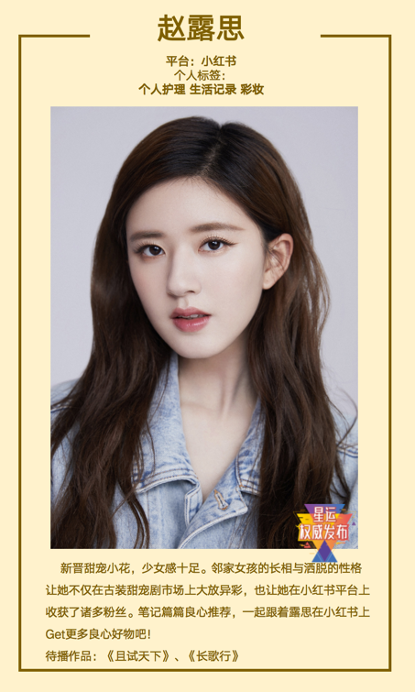 The image of “Auntie” is classic and unsurpassed. After her comeback, Li Ruotong has frequently appeared in several variety shows and films, and recently participated in the recording of “The Spitting Image 5” as the main guest, so her popularity has only increased. She has also been sharing her daily life on Little Red Book, especially her health and fitness notes, which are frequently on the hot list. 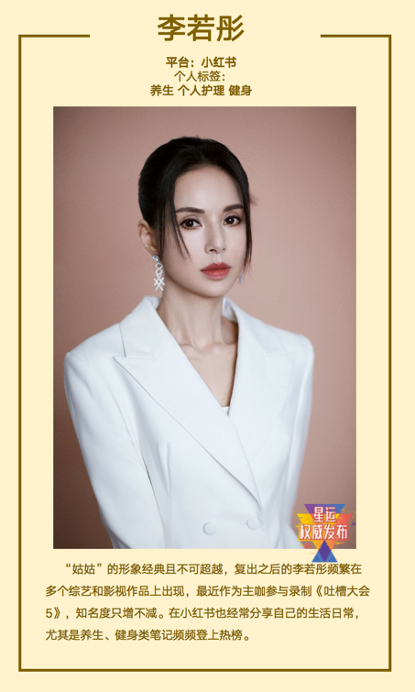 18. Wu Xin is a well-known variety show host with a high degree of national recognition. She is also known for her humor and wit on “Happy Camp” and her health and skincare skills on “My Girl”, which makes netizens say “I want to have the same type of Wu Xin”. She often shares some of her own tested products on Little Red Book, so her ability to bring in goods cannot be underestimated. 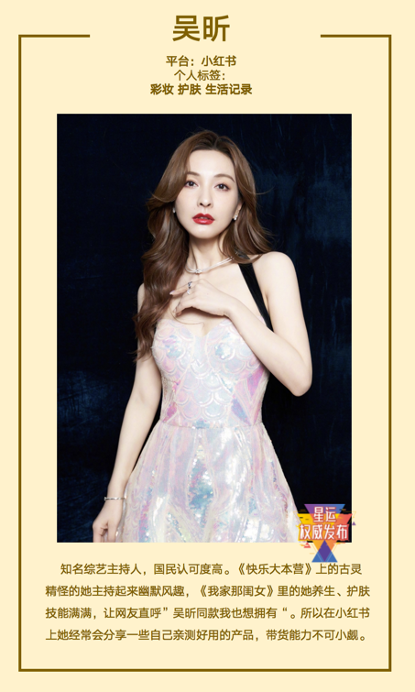 The role of Wei Lai in the movie “Teenage You” brought her into the public eye. The role of Gu Xiang in “The Order of the Mountain River” has shown her playfulness and true nature. After the release of her “Snow White Makeup” note on Little Red Book, she was copied by many kolars, so follow her and pick up more exquisite makeup!

To be broadcast: “Our Southwest United University”, “Ah Cradle”. 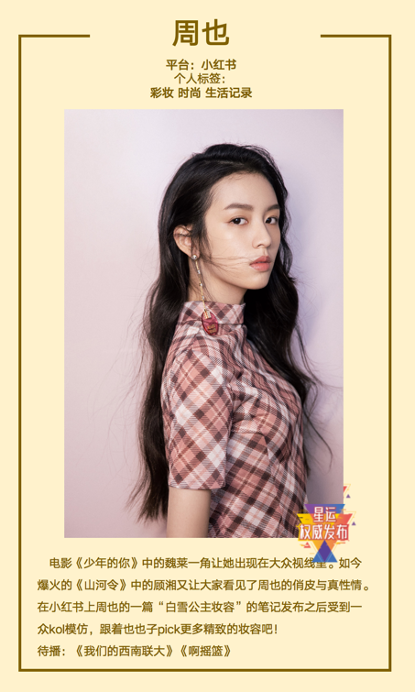 Trendsetter, dressing online. Transformed from a netizen to a trendy artist, she has gained a large audience with her spontaneous personality and unique aesthetics of fashion in “Trendy Partner”. The make-up and outfit notes she shares on Little Red Book are very seedy. 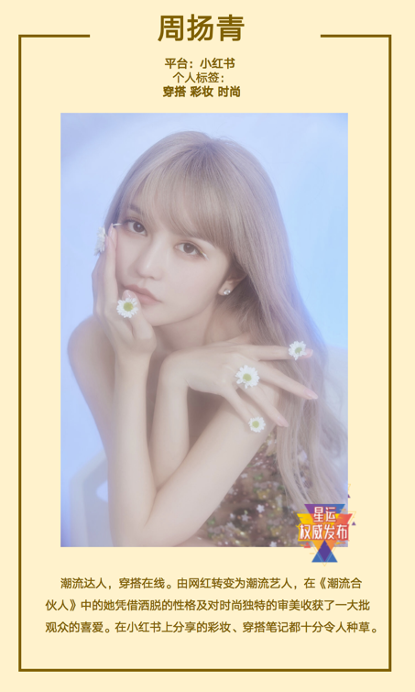 In 2018, Seventh Uncle Brain Master’s IP came out of nowhere. More than a mere funny couple’s daily routine, it is instead a suspenseful brain-burning romantic drama with scenarios that stumble and fall. Looking for clues among the traces, it set off a brain-burning fever and rose nearly a million fans just on the day the video aired, making it a dark horse at the time. 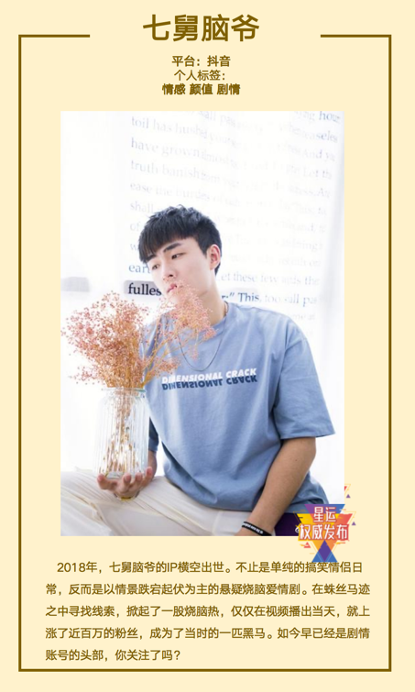 There’s a quote about attacking the Zhu family, capturing the mother-in-law alive, rescuing the father-in-law and marrying Zhu Xiaohan. This is the phrase used to describe the “silly daughter Zhu Xiaohan” in ShakeYin. With a short video about a plastic father-daughter relationship, it has gained 3,000w fans in a year’s time, and has grown into a headline IP in ShakeYin’s drama category, with a detailed interpretation of life that grips the hearts of fans. 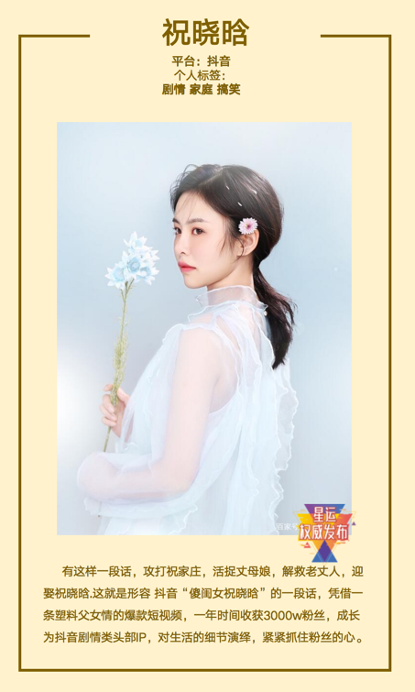 With one person playing multiple roles, they showcase their superb acting skills that are similar to split personalities. With their colorful wigs and recognizable Guizhou accent, and the phrase “I feel like I’ve reached the climax of my life”, Redundant and Mao Mao have quickly become popular all over the Internet. 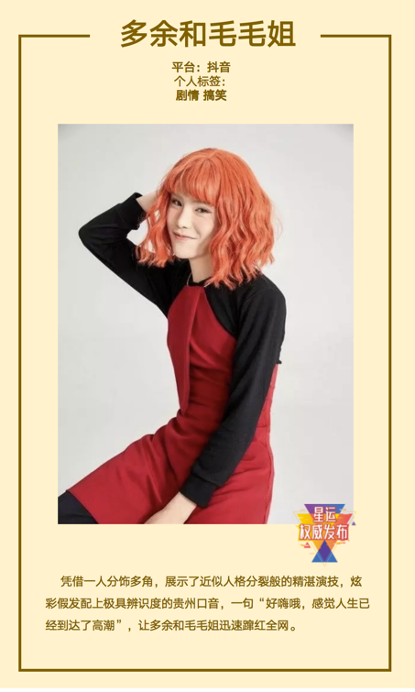