1. Lang Yongchun: The “Dr. Lang” who is famous in his country and knows medicine best. Hosting style: calm, natural, and friendly. Since entering CCTV in 1995, he has hosted the noon program “30 Minutes of News”, during which he has hosted large-scale CCTV news live broadcasts. 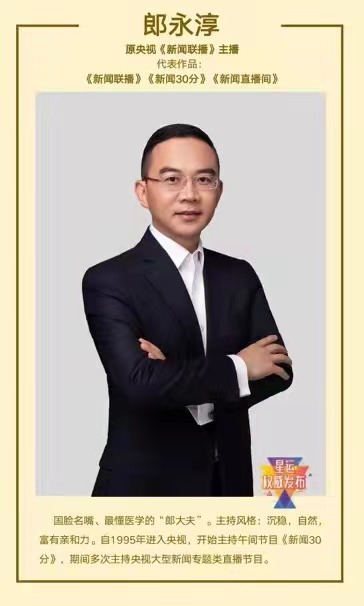 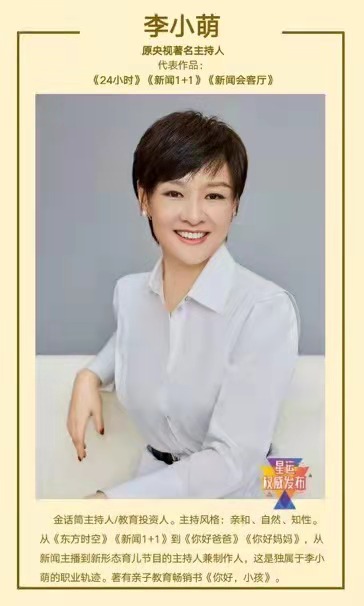 3. Liu Chunyan: The scarab, a favorite of children, has won the love of many children with his peculiar way of hosting. Whether it was the early “Little Jiao Ya” or the later “Cockchafer”, with her unique performance characteristics, she successfully integrated the joys, sorrows, sorrows and joys of an ordinary child into the image, and imprinted it in the childhood impressions of generations after generations. . 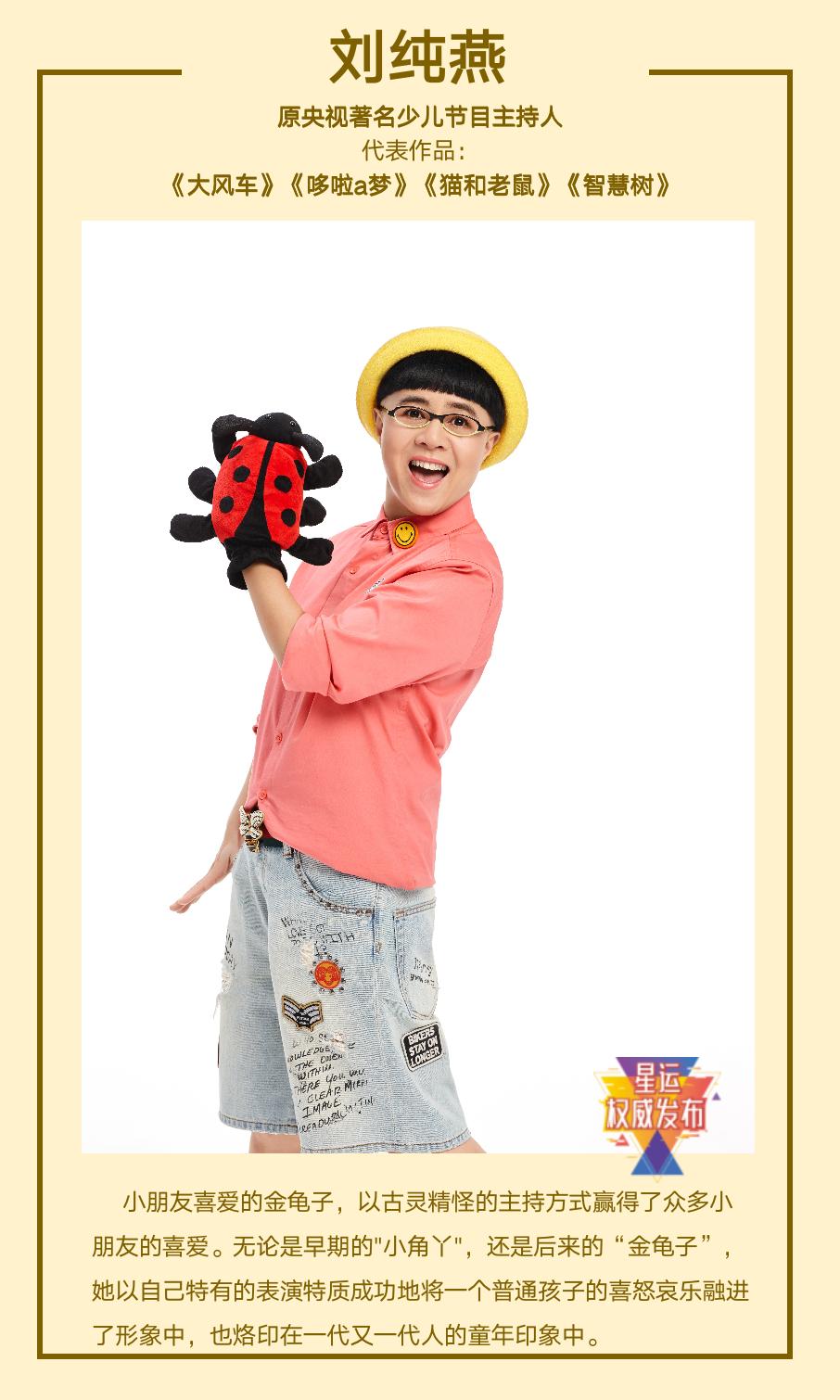 4. Zhao Pu: a well-known cultural scholar, a well-known car emperor in the media industry, the host style is healthy and friendly, the words are round and the tone is loud. After 24 years in the industry, with his professional knowledge and cultural literacy, he has continuously output positive energy to the public. In January 2020, Zhao Pu, as the director of the Chinese Craft Development Research Center, won the 6th “CRS Chinese Culture Award” leader prize. He is now the president of “China Craftsman University”. 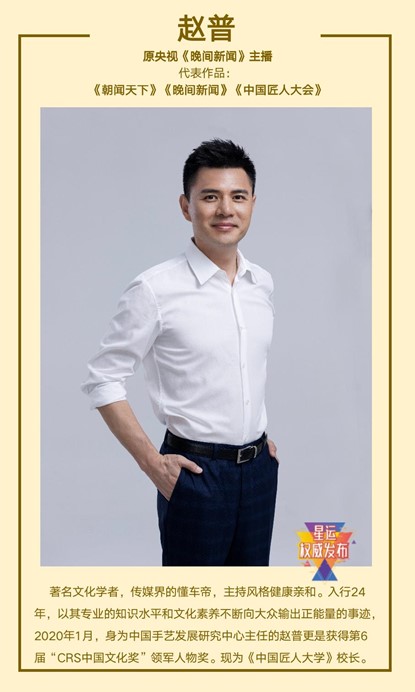 5. Zhang Quanling: A wise female anchor and a well-known CCTV host, she is delicate and agile, and her hosting style is approachable, without the seriousness and stereotype of being a live news and breaking news anchor in the traditional impression. There is always a smile in the eyes, and the approachable warmth melts the sense of strangeness. 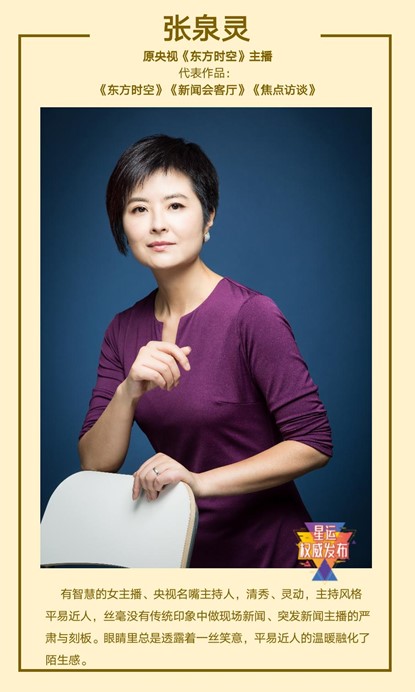 6. Han Qiaosheng: A famous football commentator who invented the interpretation of the modern television era-the interpretation of stream of consciousness. He appeared on the CCTV screen for the first time as a host during the Sixth National Games in Guangzhou in 1987. Participated in the live commentary and commentary of nearly 2000 games. He likes to make bold and nonsensical ridicule in the commentary, and is famous at home and abroad with his “big mouth”. 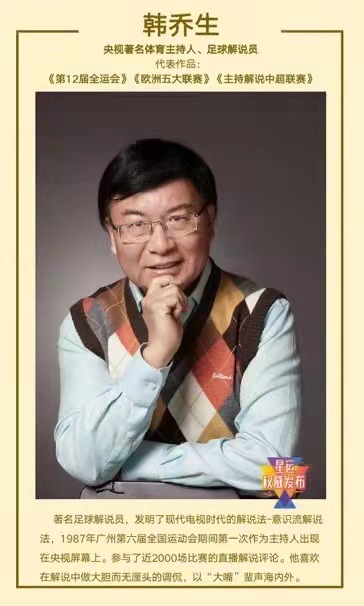 7. Liu Jianhong: The first host of a sports program at the Golden Microphone Awards. Hosting style: A “famous mouth” with rational restraint and good storytelling. In the commentary, he will tell the story behind the athletes. He has been in the industry for 25 years. From “Football Night” to “Super Game Day”, he has always been passionate about the Chinese football industry with an attitude of not forgetting his original intentions. 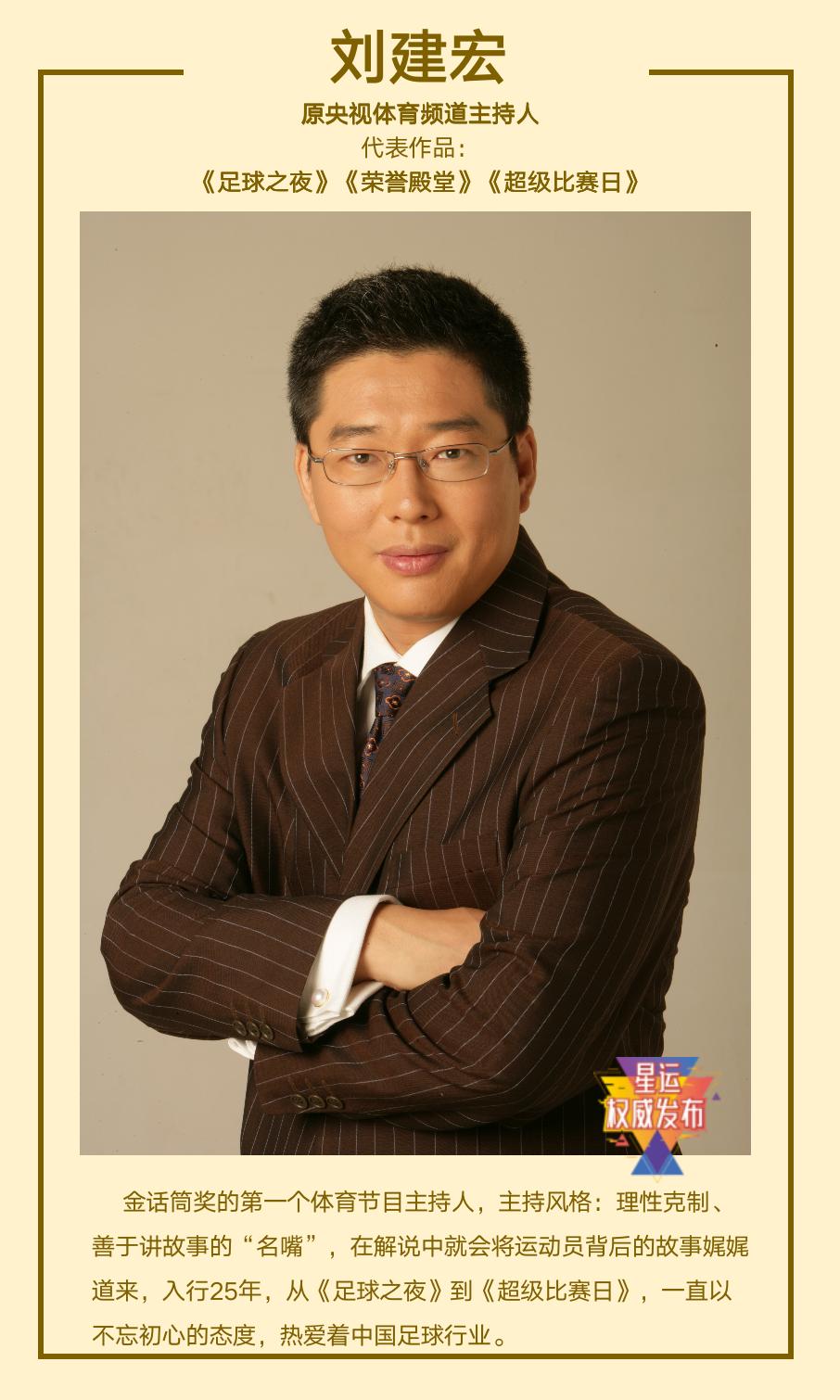 8. Liu Yuxi: Entertainment and fashion host. With his outstanding appearance and fresh host style, he is loved by the audience. As a former CCTV host, he has continuously accumulated rich hosting experience and on-site response capabilities. The field involved is not only limited to the stadium, but also spans multiple fields of sports, variety shows and travel. Jingdong Live has entered the star. 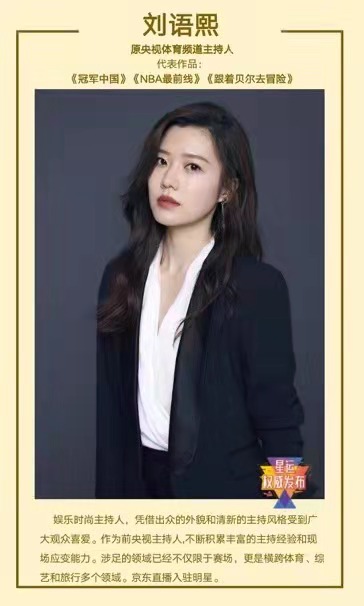 9. Yao Jingyuan (Xiaohongshu): singer, film and television actor, member of the front-end youth troupe. Share the vlog of your daily life in Xiaohongshu, and take notes on the data. The ability to carry goods is strong, and the fan base is mostly women aged 18-25, which has certain commercial potential. 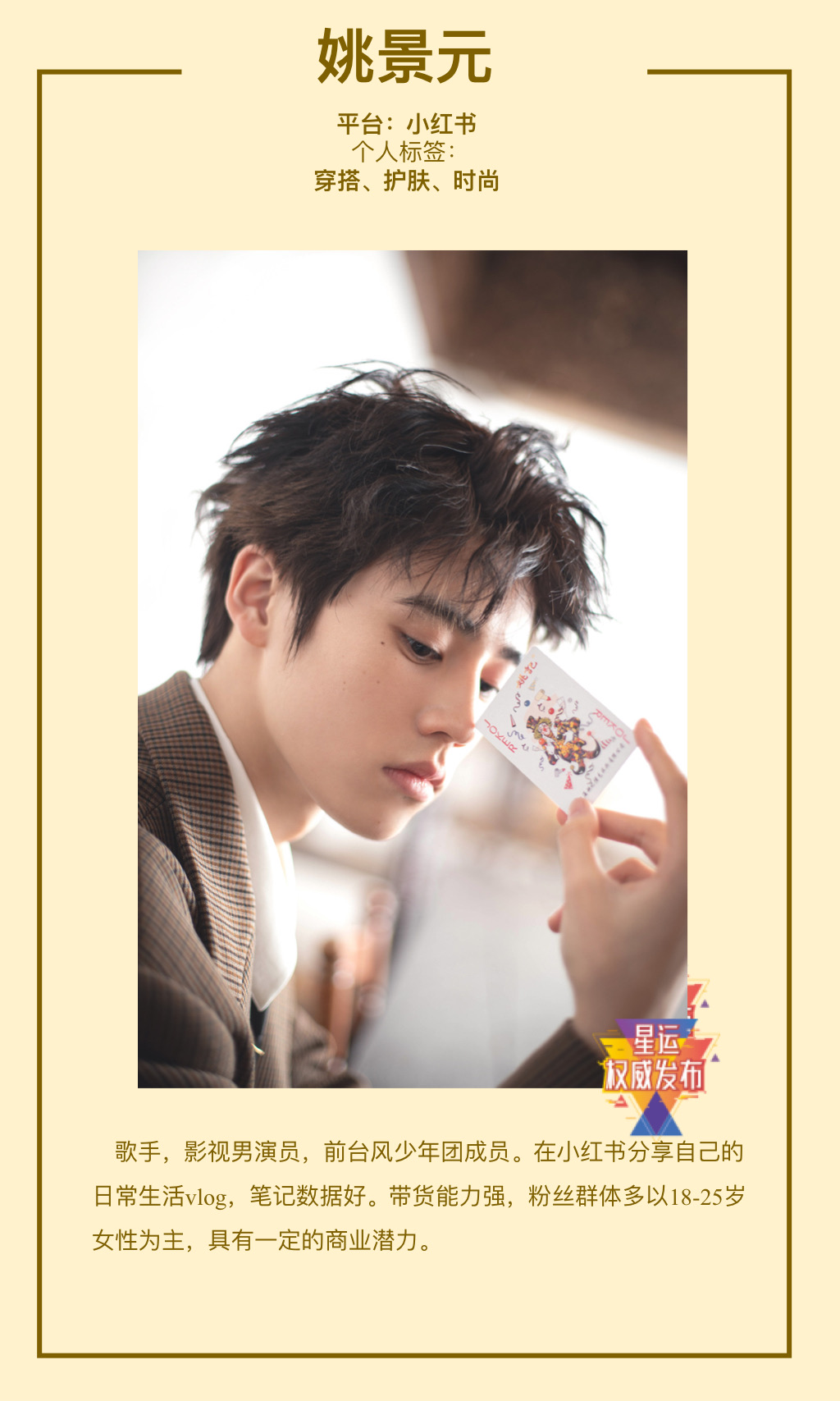 10. Zhang Li (Xiaohongshu): Film and television actress, from the “Beijing Youth” and “Men Gang” to the present day insists on self-preservation of acting skills, Zhang Li’s strength has been recognized by everyone. And her own sports and healthy images are also in the small red book. There will be more works to be broadcast in the future, which is worth looking forward to. To be broadcast: “Falling Flower Season”, “Watching Wanshan Red” “My Fitness Coach”. 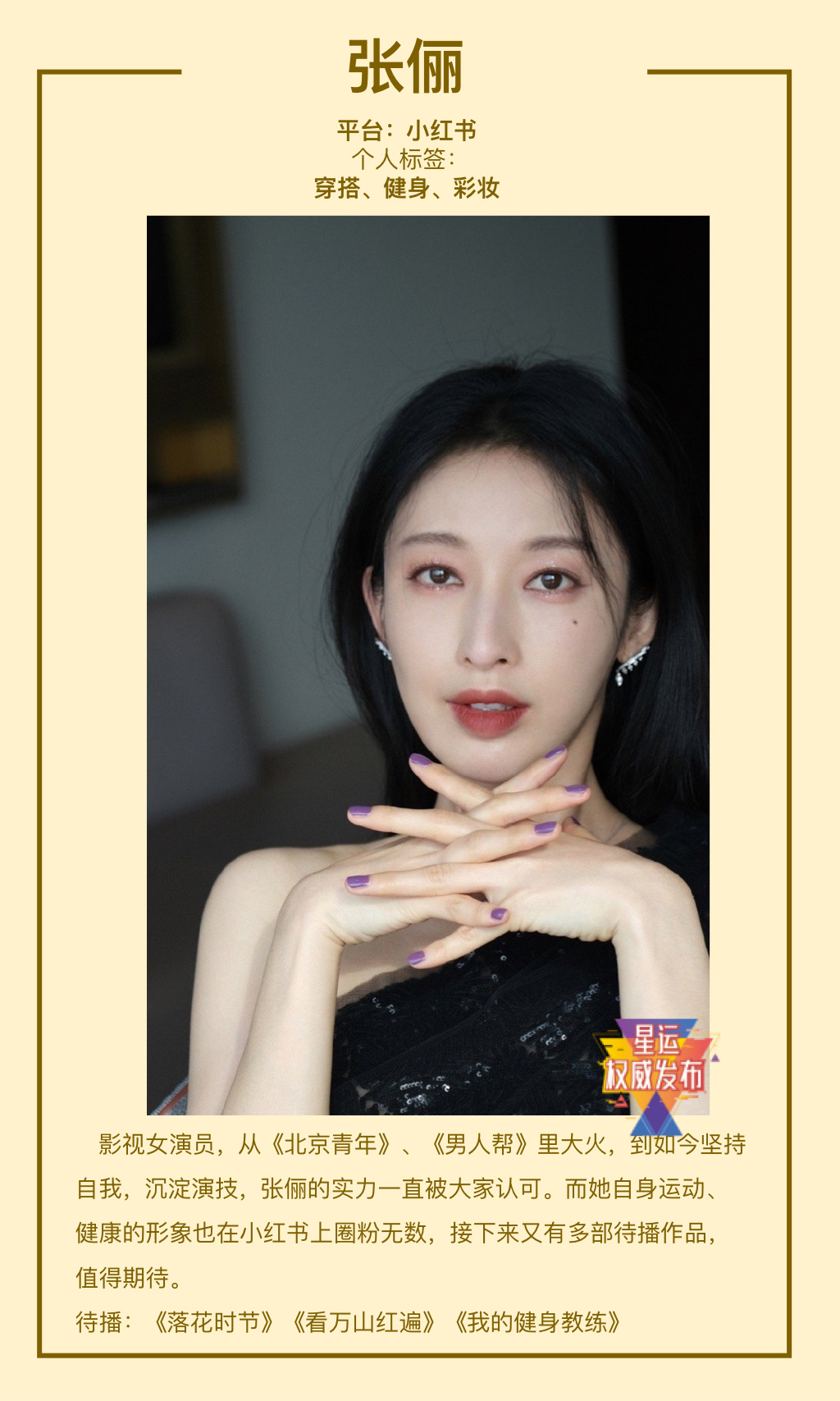 11. Xuan Lu (Xiaohongshu): Film and television actress, the elder sister of “Chen Qingling” has been repeatedly fancied, and the delicate makeup on the stage of “Sister Riding the Wind and Waves” attracts countless eyes. On the Xiaohongshu platform, many young fans are often planted with grass makeup and dressing notes, and they have a strong ability to carry goods. To be broadcast: “Jade Tower Spring” and “Eat the World” 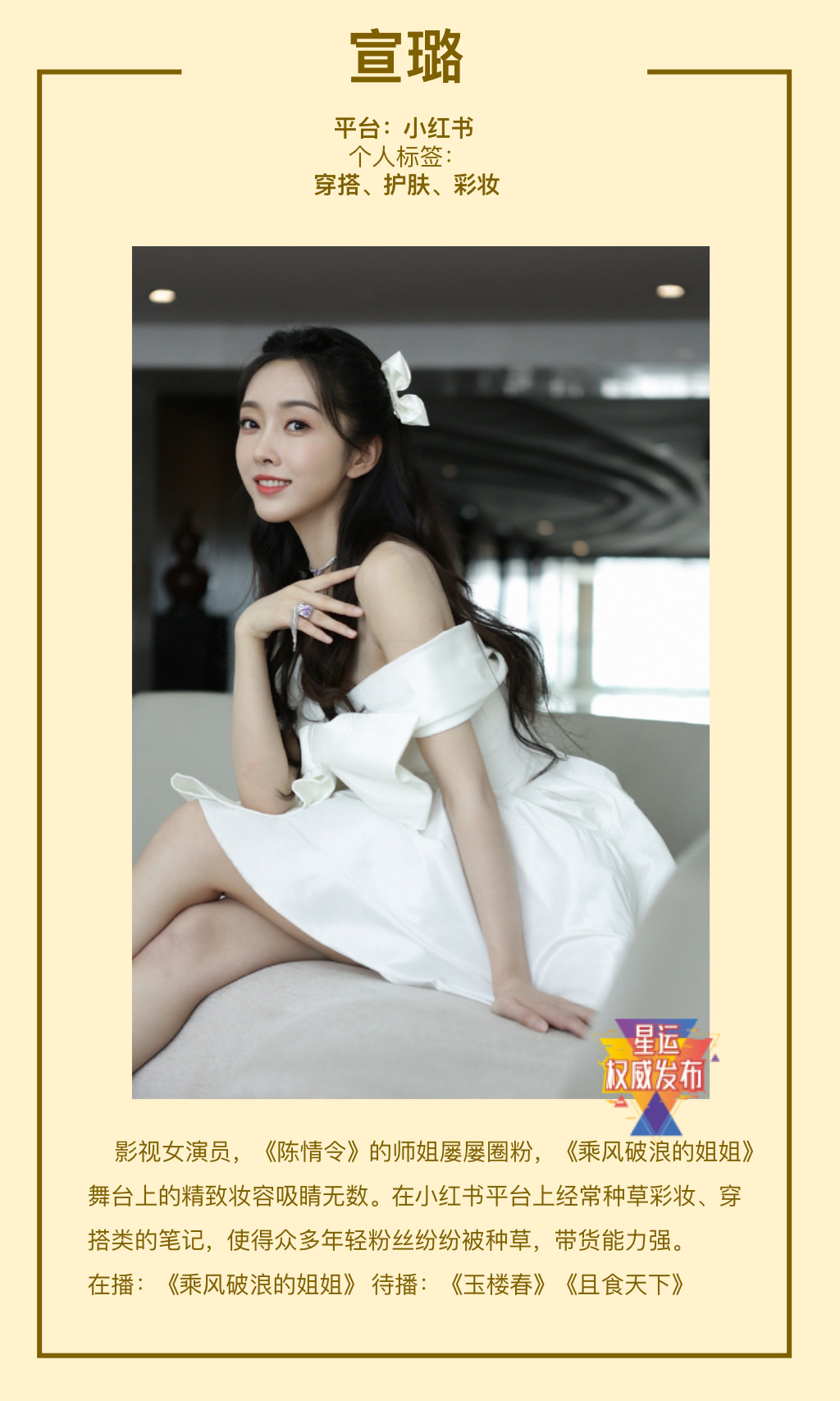 12. My name is Grandma Tian (Tik Tok): Among the more young people on the vibrato, a 72-year-old internet celebrity I am Grandma Tian quickly became popular. My account is mainly to record the daily life of Grandma Tian and grandson. Grandson and Grandma Suizui have been unanimously loved by everyone. At present, 118 works have been published on the account, which has received 240 million likes and more than 33 million fans. 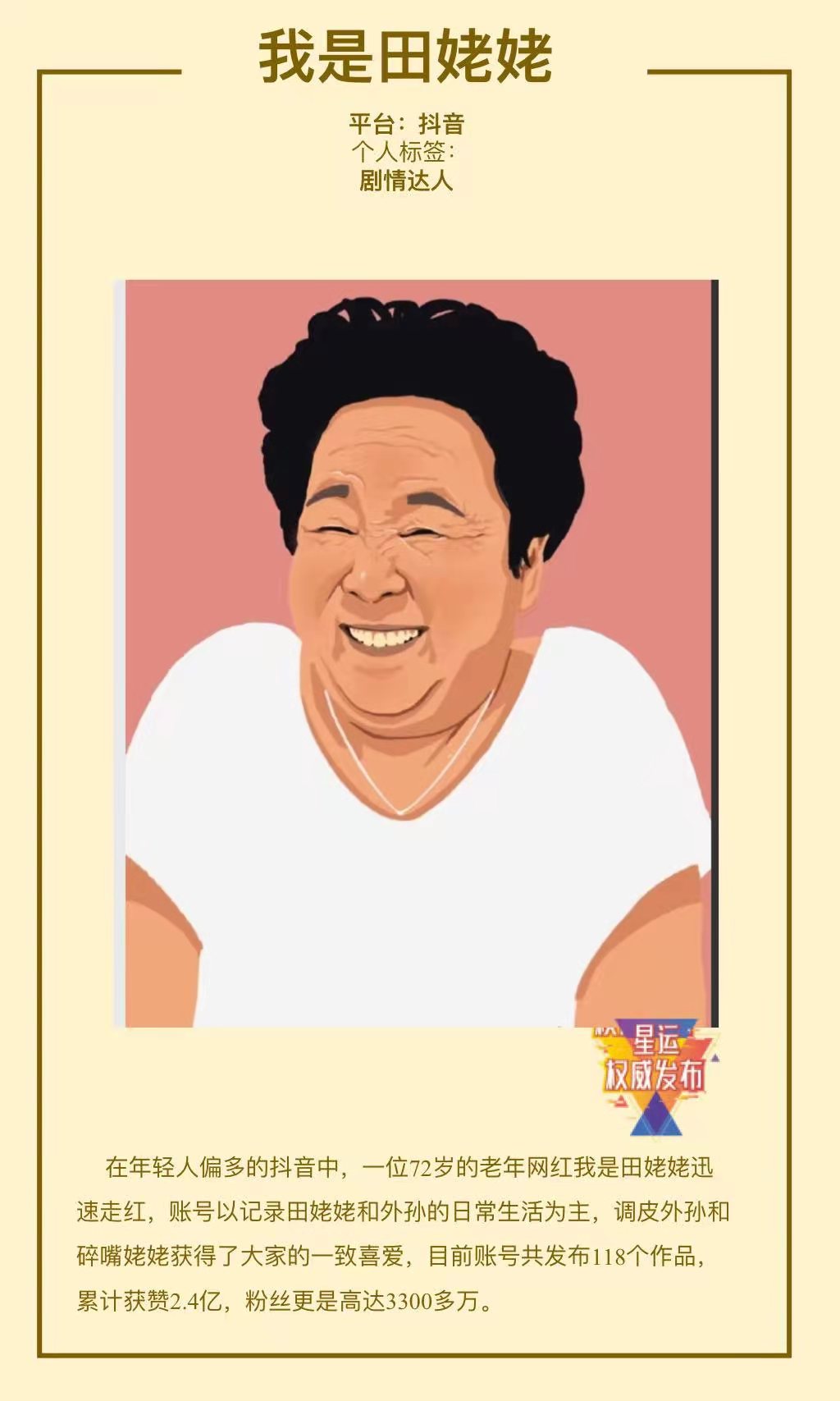 13. Li Ziqi (Tik Tok): A woman who is stronger than you think, lives a life that many people envy, and uses herself to evoke a yearning for a beautiful rural life among busy urbanites. The video content is based on four seasons. Replacement is the theme, without a single line, the poetic-like texture of the ancient food video has promoted the Chinese culture to the world. 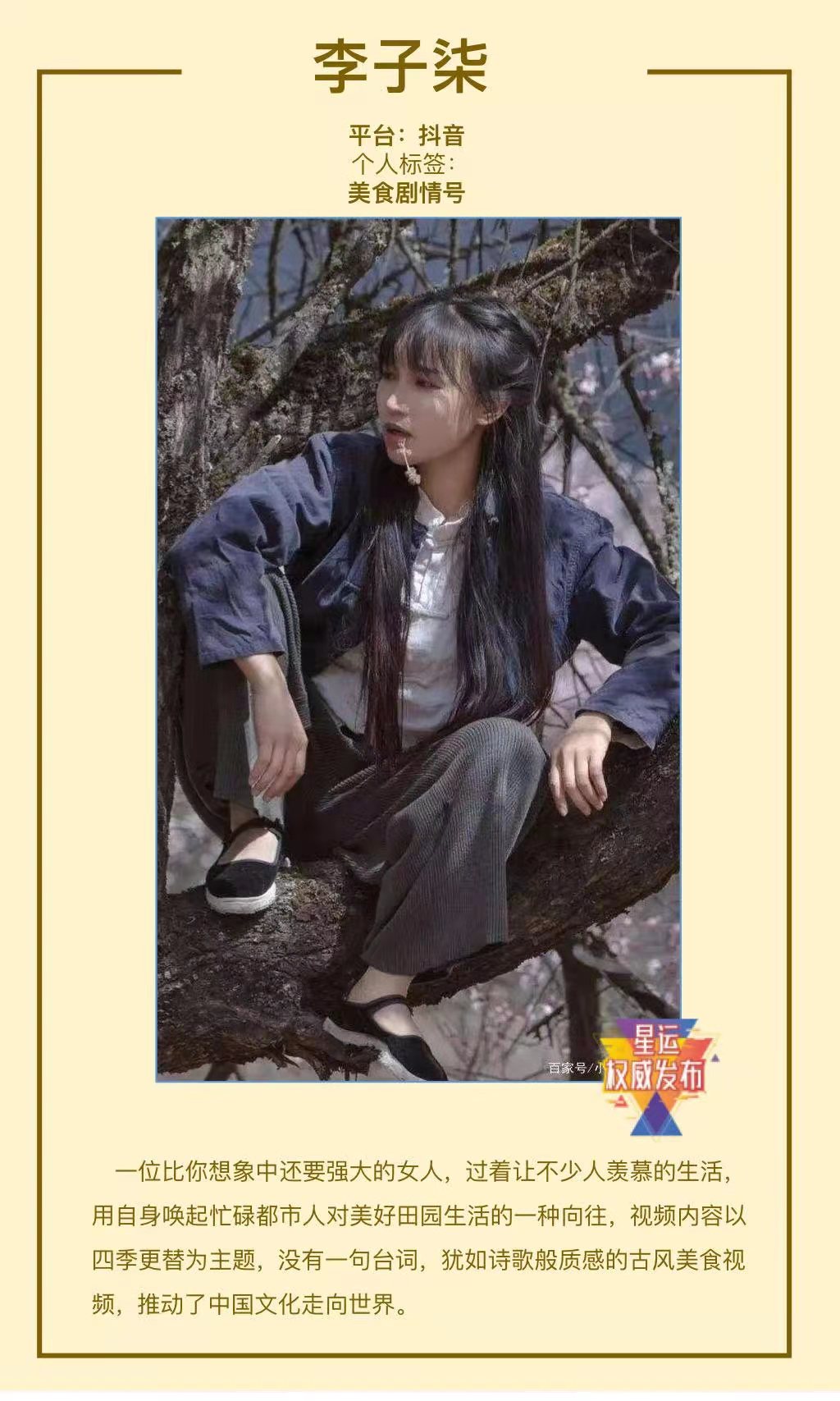 14. Zhang Xinyao (Tik Tok) released an article in 2017, Do you want to be my girlfriend and quickly became popular. He is the first-generation Douyin celebrity and is also known as the husband of Douyin. He is exquisite in dance, handsome in sunshine, and humorous. He is currently practicing Participate in “Creation Camp 4” as a student, looking forward to good results for my brother, come and pick him. 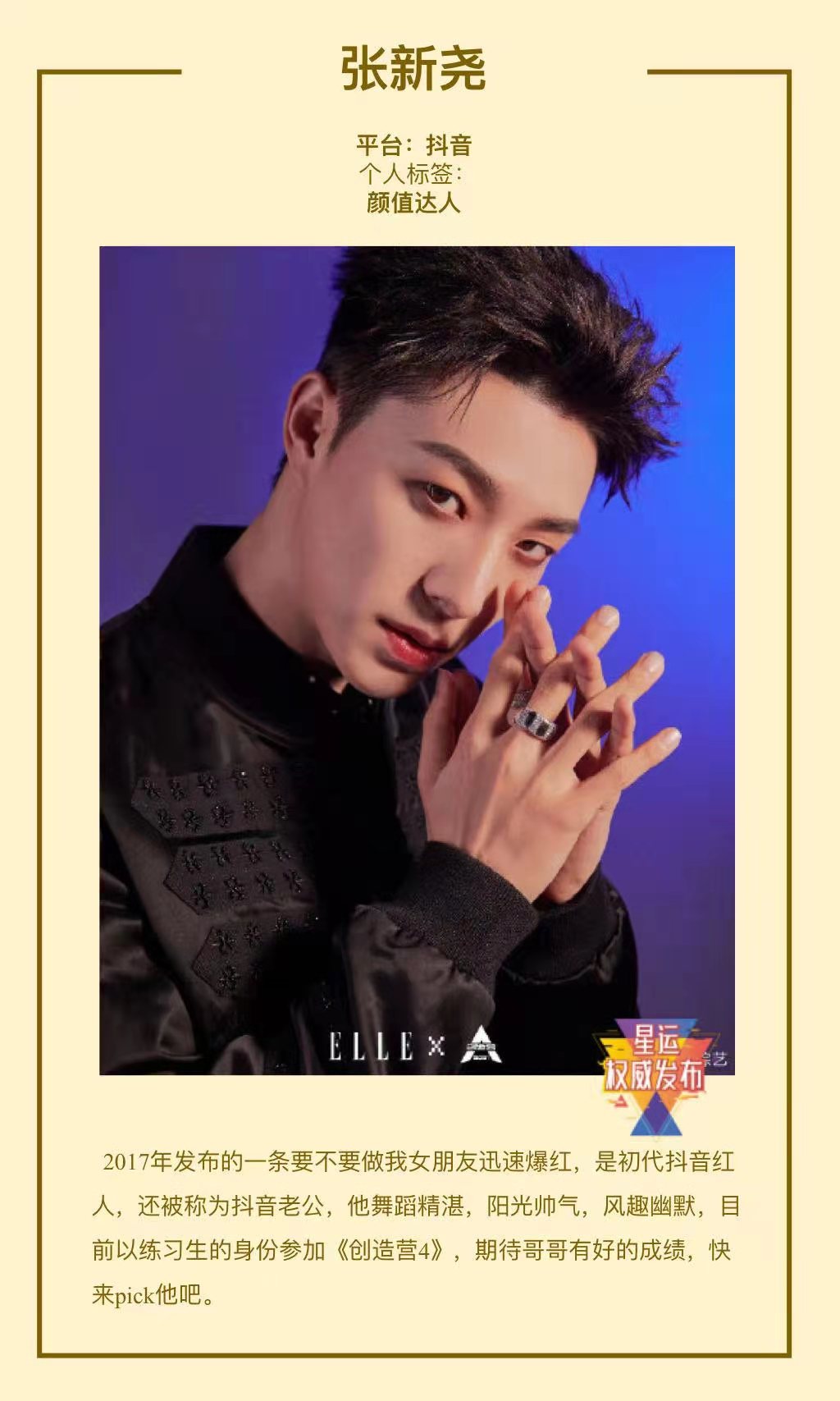