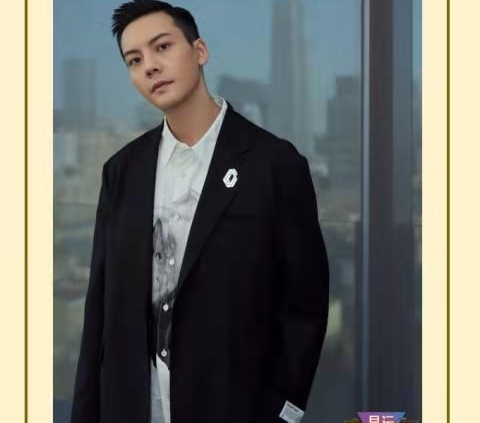 1. Wang Junkai: A young high-quality idol, a top-notch niche, a high national awareness, a wide coverage of fans and strong stickiness. In the recent hit “It’s Just A Boy”, there are constant jokes in the show, without any idol baggage, and continue to circle fans. 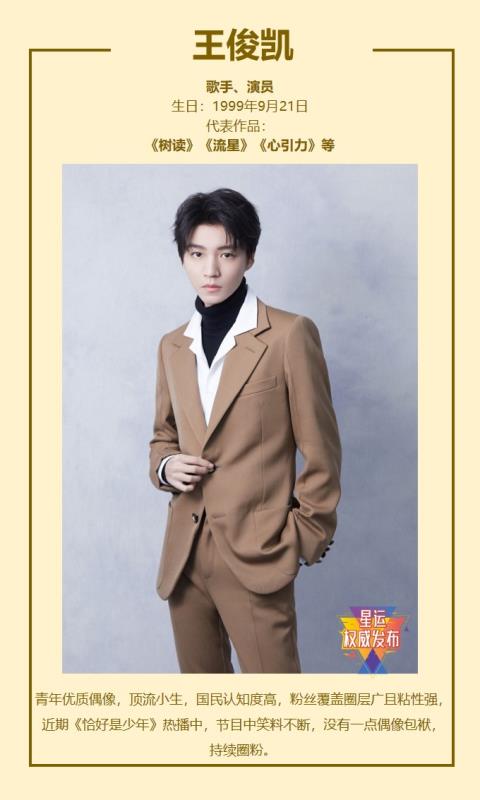 2. William Chan: A male god in the entertainment industry, with a large fan base, high audience recognition, and stable commercial value. He has been on CCTV Spring Festival Gala many times. Recently, the spy war drama “Storm Dance” starring in him was launched, and his partner Gu Li Nazha is online. The popularity soared and won the first place in the Guduo drama rankings. 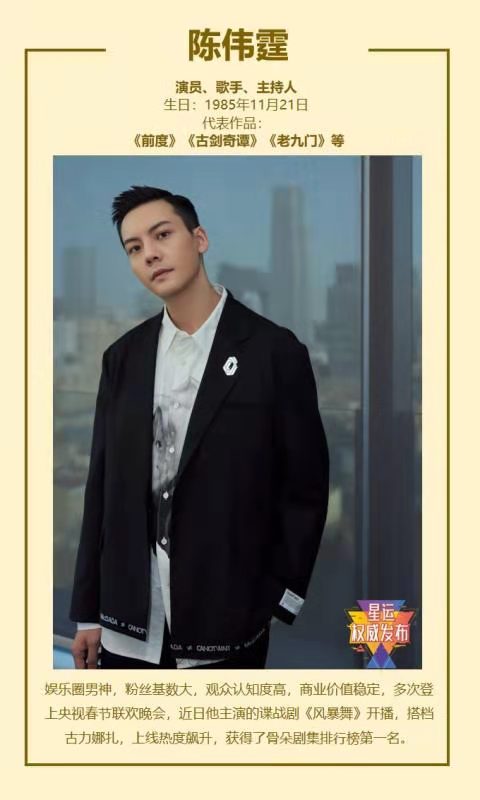 3. Ren Jialun: Costume male god. Recently, “Miss Crow and Mr. Lizard” was launched. With this drama, he also gained Ai Man’s best results in the cast list of actors and second in discussion. He looks forward to follow-up performances. 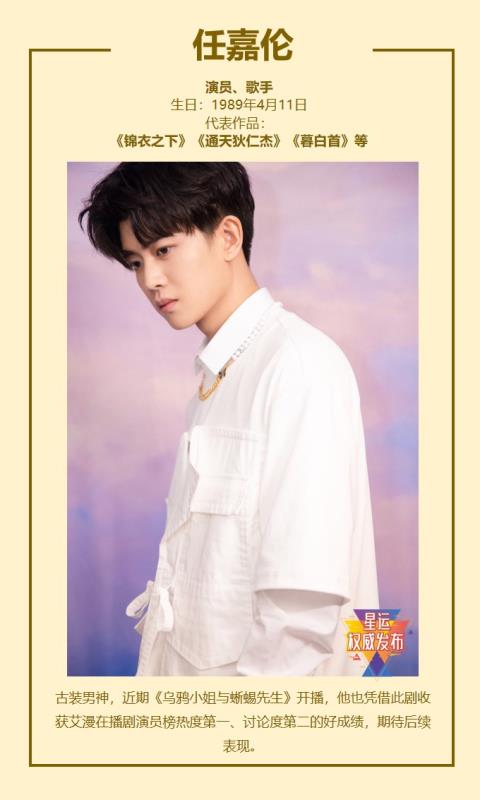 4. Dong Zijian: A powerful actor, and one of the youngest dads in domestic entertainment. In the variety show “It’s Just A Boy”, the partners Wang Junkai and Liu Haoran are three of them. They are very popular and attract countless fans. The follow-up “Who is the Murderer” “Wind from Longxi” is worth looking forward to. 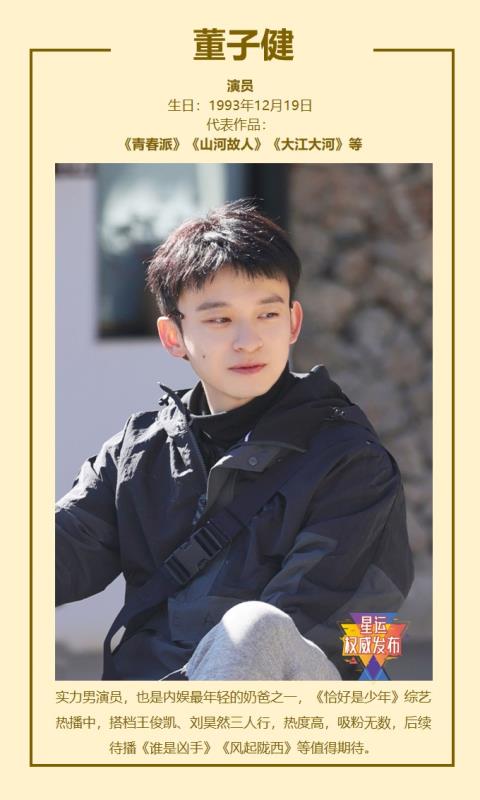 5. Wu Qilong: A powerful actor with high national recognition. The sweet moments of life with Liu Shishi and his son’s family of three are frequently on hot searches. The double harvest of career and family is enviable, and the healing slow variety “The Star Chaser” recently launched . 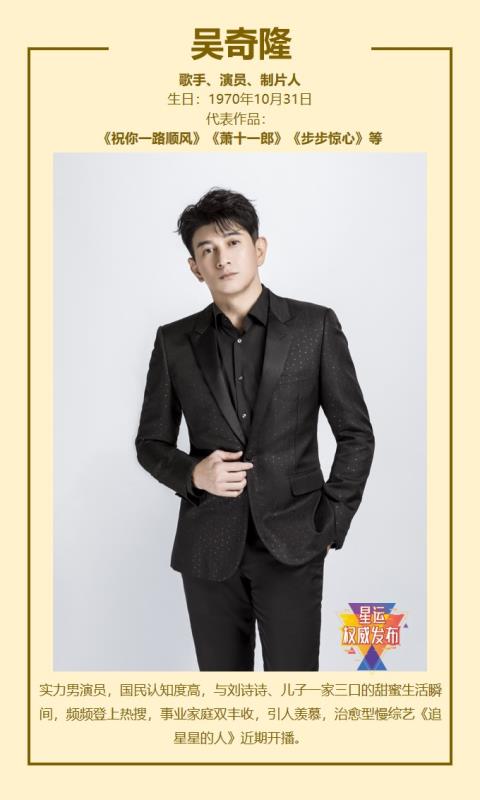 6. Dou Xiao: A powerful actor, with a tough and sunny appearance, and a high degree of personal recognition, he is known as the “walking hormone.” 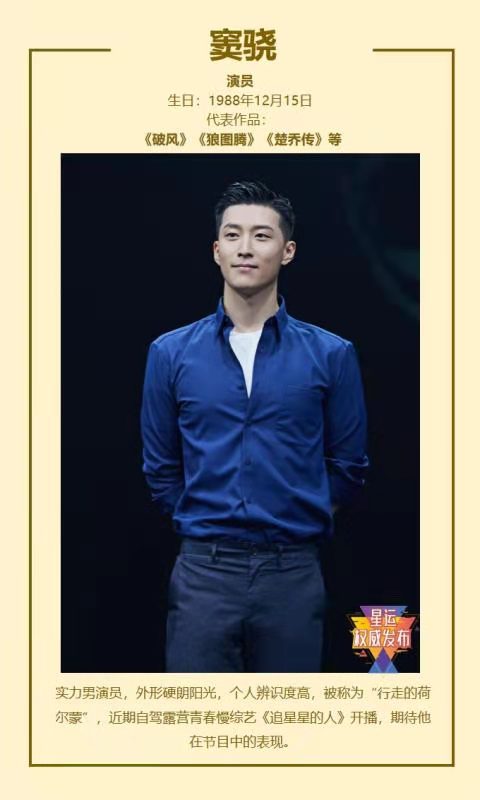 7. Liu Yuxin: The leader of THE9, the idol girl group has tens of millions of traffic blessings, and the fans cover young groups and have strong stickiness. Recently, he joined the CCTV May 4th party recording scene. Looking forward to her surprise on the CCTV stage. 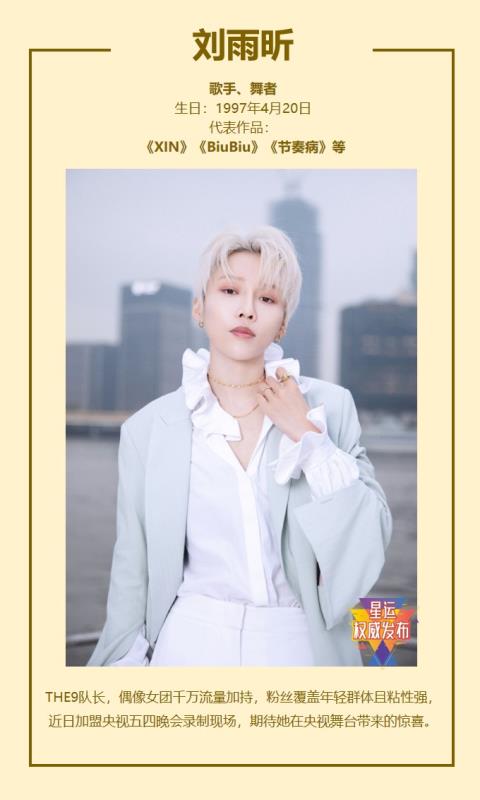 8. Song Yi: The actor of the acting school is also following the acting route. From “A Dream of Red Mansions 2010” to “Zui Son”, everyone is more and more impressed with her, and her personal commercial value continues to rise. The subsequent film ” “1921” is worth looking forward to. 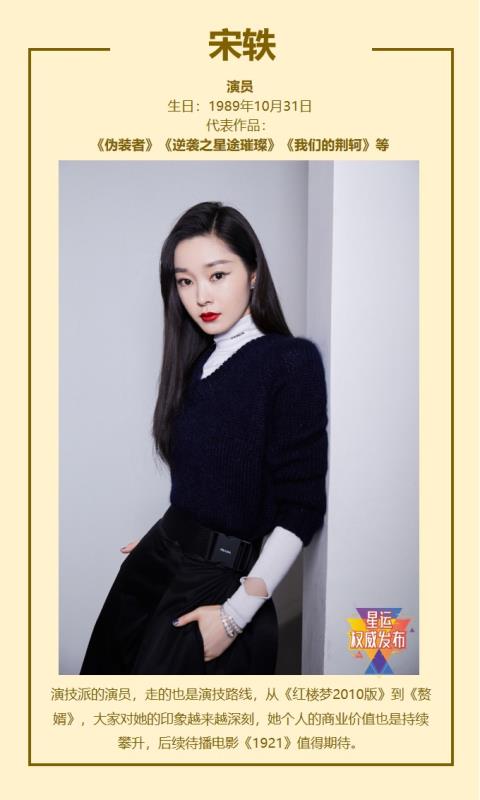 9. Guan Hong: A young student in the rising period, with a delicate appearance and a slender figure, with a high-looking value and a unique cool temperament from comics, which fits the current costume drama and sweet drama market. Recently, “Yu Zhao Ling” is in the air, The heat continues to rise. 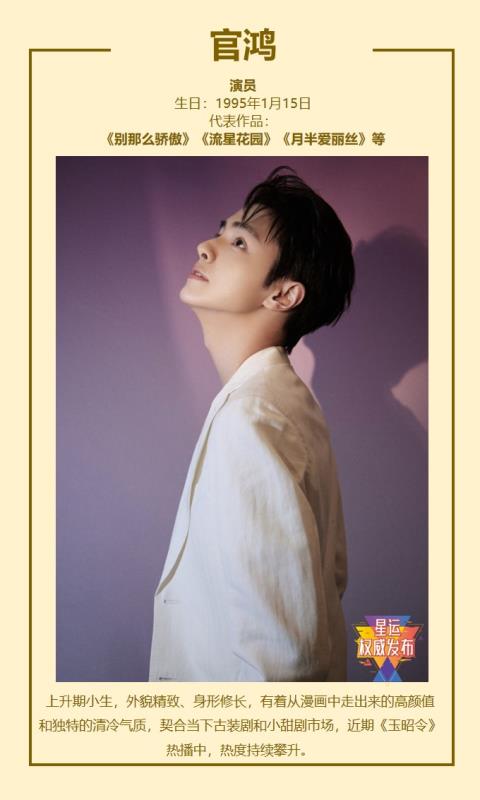