1. The sweet love movie “Your Wedding” was officially released on April 30. The film is directed by Han Tian. Actors Xu Guanghan and Zhang Ruonan jointly interpret a love story about desperate pursuit and missed reunion. The topic has attracted a lot of attention!
Xu Guanghan: The new generation of powerful male actors have become the “new male gods” in the audience’s hearts with their stunning performance in the Taiwanese drama “Want to See You”, unlocking multiple national-level brand endorsements, widely recognized commercial value, and highly recognized acting skills.
Zhang Ruonan: The new generation of film and television Xiaohua, because of her innocent looks and sweet smile, is called the first love of the nation. The film and television resources are rich, and there are many works to be broadcast in the later period (“Revolutionary”, “Please Don’t Believe Her”, etc.), becoming one of the best potential stocks in the new generation of Xiaohua. 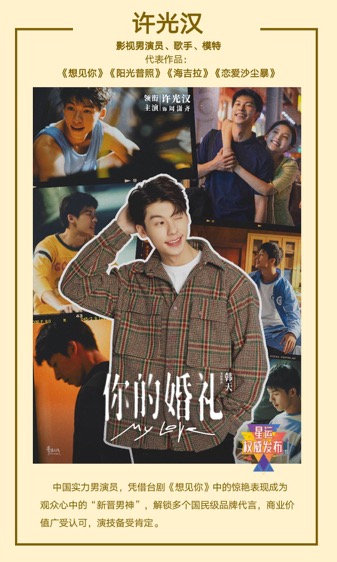 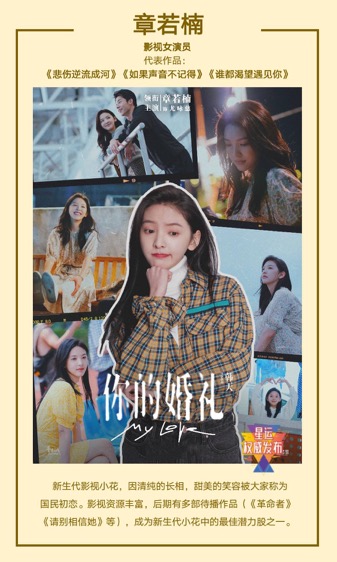 2. The movie “Above the Cliff” released on April 30 is a spy war movie directed by Zhang Yimou and starring Zhang Yi and Qin Hailu. It tells the story of secret agents fighting the enemy and performing secret operations under severe tests. At the time of the pre-sale, the box office has exceeded 10 million!
Zhang Yi: A powerful Chinese actor, a “dedication and hard work” icon in the film and television industry, has won numerous awards during his 17 years of debut, and is deeply loved by the audience. Good works + good reputation make the image of a good actor, and the commercial value is also rising rapidly!
Qin Hailu: A powerful Chinese actress, with a long debut time, good image style, and high national recognition. The most sadistic cry of the audience in the recent release of “Above the Cliff” has moved countless audiences and has been exposed recently. High, able to cooperate with various types of cooperation. 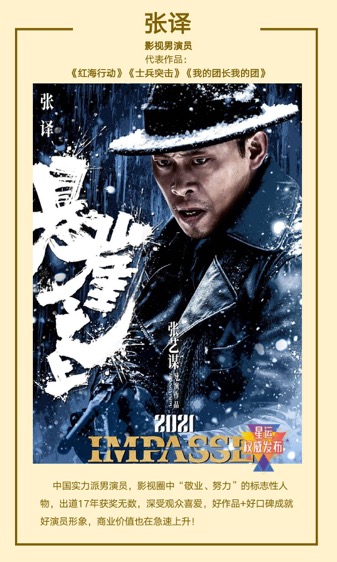 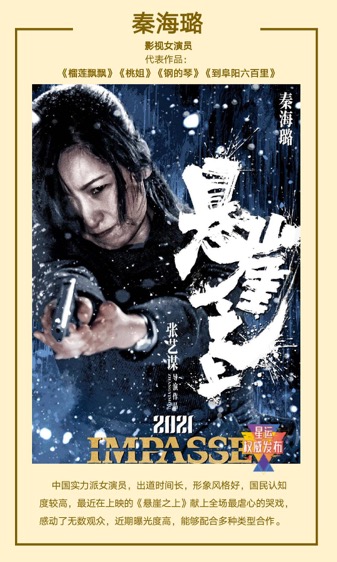 3. The May Day family fun movie “Sunshine Robbers” was officially released on May 1st! The film is adapted from the novel of the same name by the Japanese writer Isaka Kotaro. It tells the story of the encounter of two girls, Sunshine (Ma Li) and Xiaoxue (Song Jia), who had both been injured, and healed each other in the process of robbing the tiger with joy.
Ma Li: The first “Double Billion” female protagonist in a Chinese movie, she has a strong comedy talent, her performance is recognized by the public, and her passers-by have a high degree of popularity and she has a high appeal! Follow-up partner Shen Teng starred in “Lone on the Moon”, looking forward to the cooperation of the old partner again!
Song Jia: A well-known actress in Mainland China, a goddess of acting with ever-changing styles, dedicated to acting career, with super-high acting skills, numerous awards, high domestic recognition, and stable output to be broadcast in the follow-up, dominating the screen for a summer! 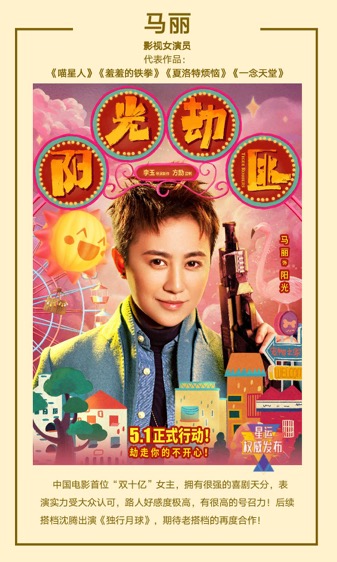 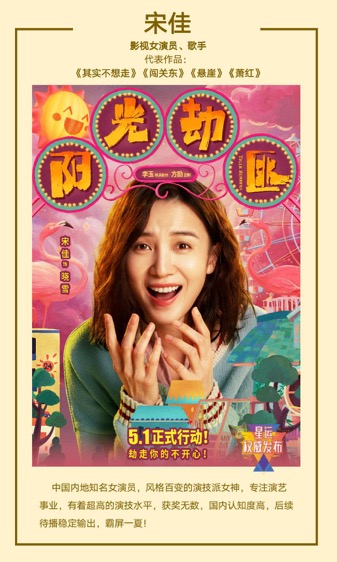 4. The “Secret Visitor” joined by the double celebrities is officially launched on May 1st! Guo Fucheng, Duan Yihong and Zhang Zifeng, gather in the secret “home”, is it family affection or a lie? All the puzzles will be revealed one by one in the film. The suspenseful color makes the topic more and more!
Aaron Kwok: One of the four heavenly kings in Hong Kong. With his handsome appearance and a song “I Can’t End I Love You”, it has become popular on both sides of the strait. In 2005, he won the Golden Horse Award winner for his wonderful performance in “Sanchakou”, and his acting skills are recognized! Personal personality is funny and terrifying, which can bring a big spark to business cooperation.
Duan Yihong: China’s powerful actor, the only 3A actor in China, became popular because of his role as a soldier assault. He made his debut for 21 years. He interprets the attitude of the role with his strength. He has gained countless fans. The quality of the cooperative films are guaranteed and there is continuous popularity.
Zhang Zifeng: A new generation of powerful actress, active in top variety shows, has outstanding performance in the hit movie series “Chinatown Detective”, has a high degree of national favorability, and many movies will be released in 2021 (“My Sister”, “Secret Visitor” Etc.), the popularity of the screen continues to grow. 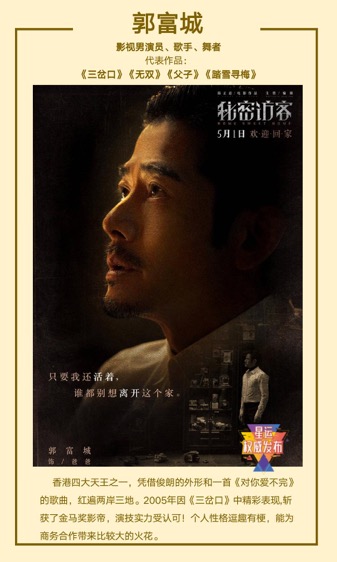 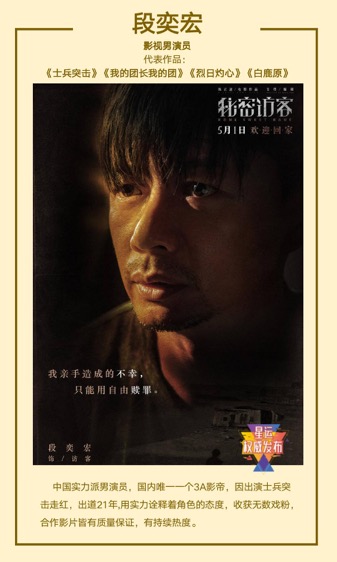 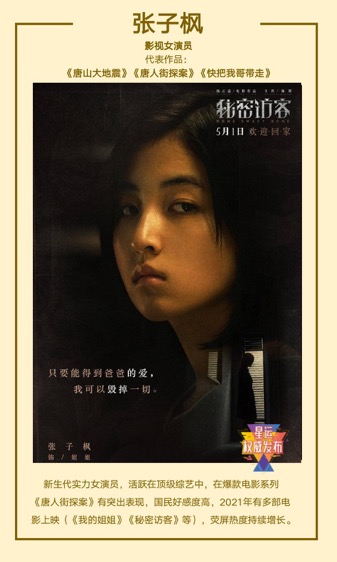