1. Lei Jiayin: A powerful actor with a solid foundation in acting, a delicate look, and a wealth of experience in acting. The recent official announcement of the “Basic Law of Genius” in cooperation with Zhang Zifeng and Zhang Xincheng has aroused heated discussions and we look forward to more exciting performances in the future. 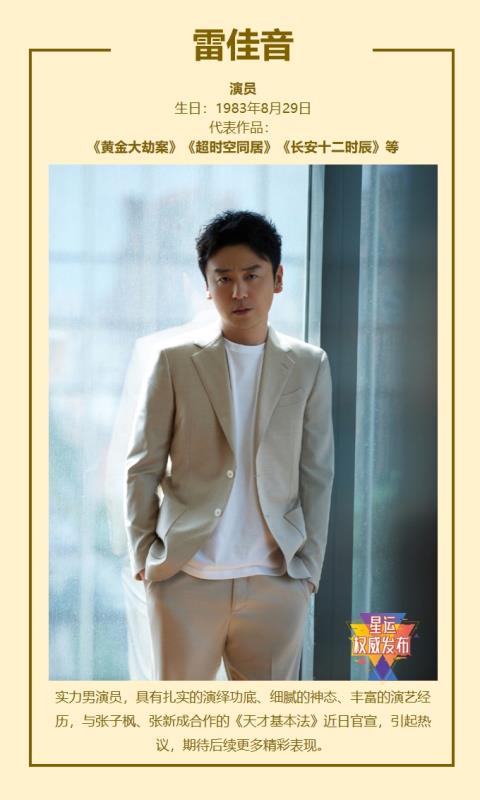 2. Huang Minghao: One of the resident guests of “Escape Room 3” and “Extreme Challenge 7”. Because of his good looks and cheerful personality, his fans cover young groups. The base number is large and sticky, and the commercial value continues to rise. 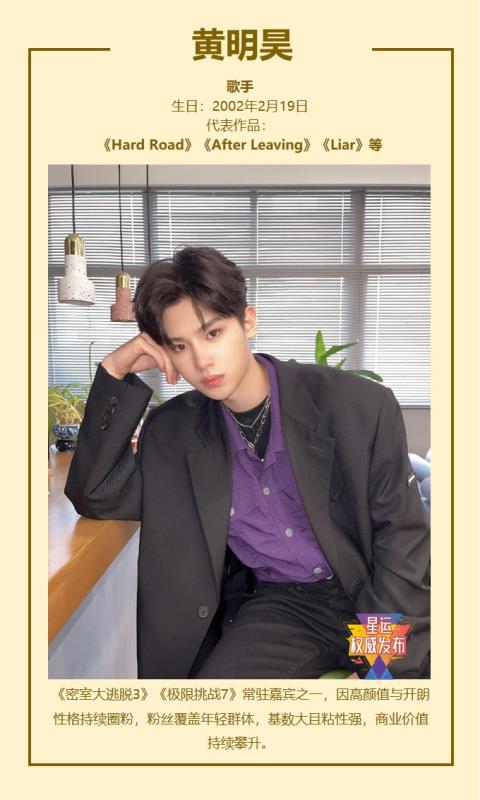 3. Liu Yuning: He has a double blossom in music, film and television, and his popularity, popularity, and commercial value have continued to rise. 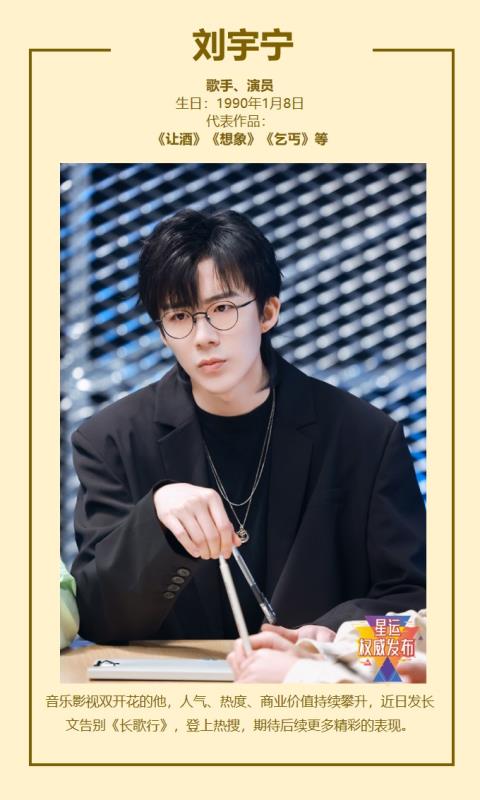 4. A Duo: A powerful female singer who is committed to incorporating national culture into her songs. She became popular because of her participation in “Sister Riding the Wind and Waves”. She has a wide range of fans, a good passerby, and a high national recognition. 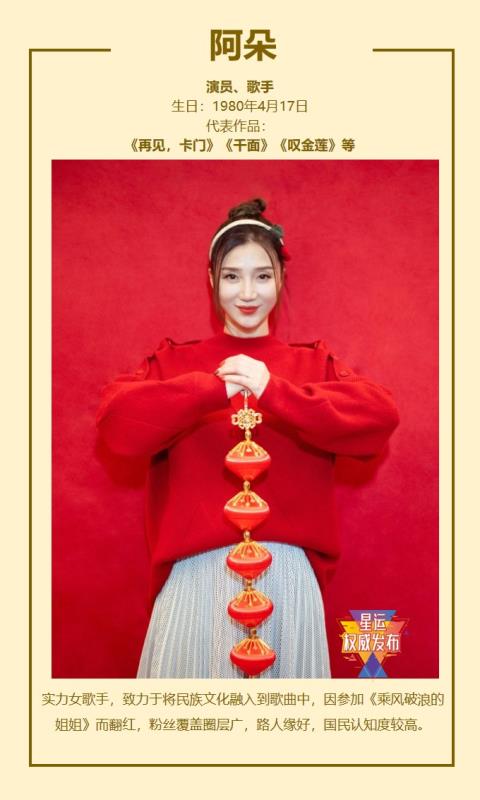 5. Wang Linkai: Super popular rapper, participated in the reality show of “Idol Trainee” in 2018, and finally joined the nine-member boy group NINE PERCENT and made his official debut. Recently, he teamed up with North American Rap New Voice to release an international hit single. The creative talent of the little ghost was once again Certification! 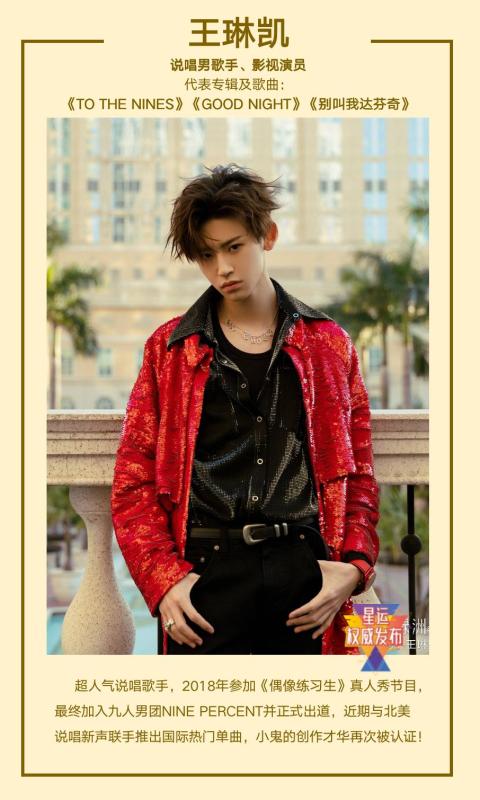 6. Cheng Xiao: A talented female artist who sings and dances. In 2016, she made her debut with Cosmic Girls as the lead dancer and Barbie doll. Recently, she was wearing a sports suit to perform a gentle summer balcony portrait, full of fashion; starring in the TV series “Qing Qing Wu” “Heart” also released a notice, and its commercial value continued to grow. 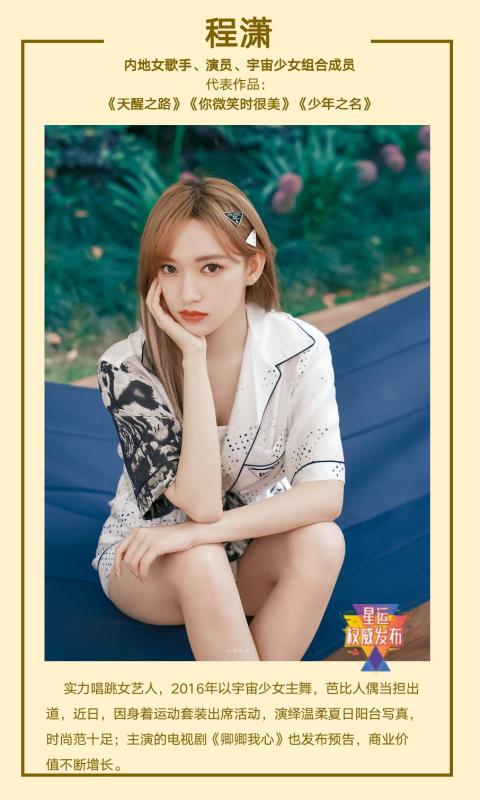 7. Yin Zheng: A powerful actor, with both appearance and acting skills, he can handle many types of roles. The character image of his own BGM “Yijianmei” is still fresh in the audience’s memory. Recently, he has become popular in Xiaohongshu because of his weight loss recipes. Netizens sought after. 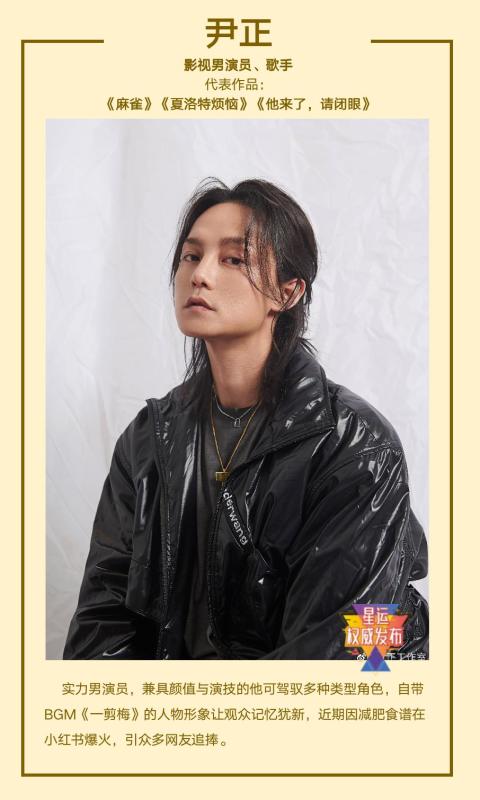 8. Song Yuqi: A powerful idol female artist. In 2019, she joined the Zhejiang Satellite TV variety show “Run” as the MC. She recently returned to the running family. She has a playful and cute image. She is also very terrifying and very popular among young people. On-air work: “Run, Season 5” 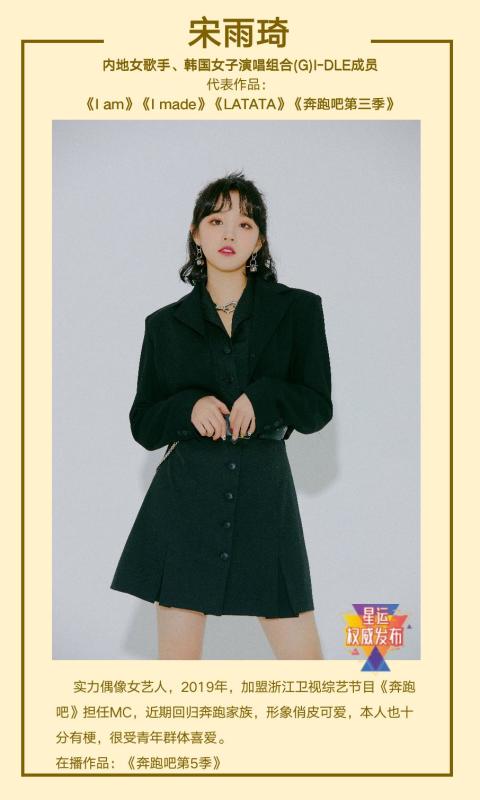 9. Zhu Yawen: A powerful actor in film and television, known as a walking hormone, has brought many classic works since entering the industry. Recently, the film “The Poet”, which he co-starred with Song Jia, has released a trailer and announced its finalization. The film has not been shown, and has continued popularity! Works to be screened: “The Poet” 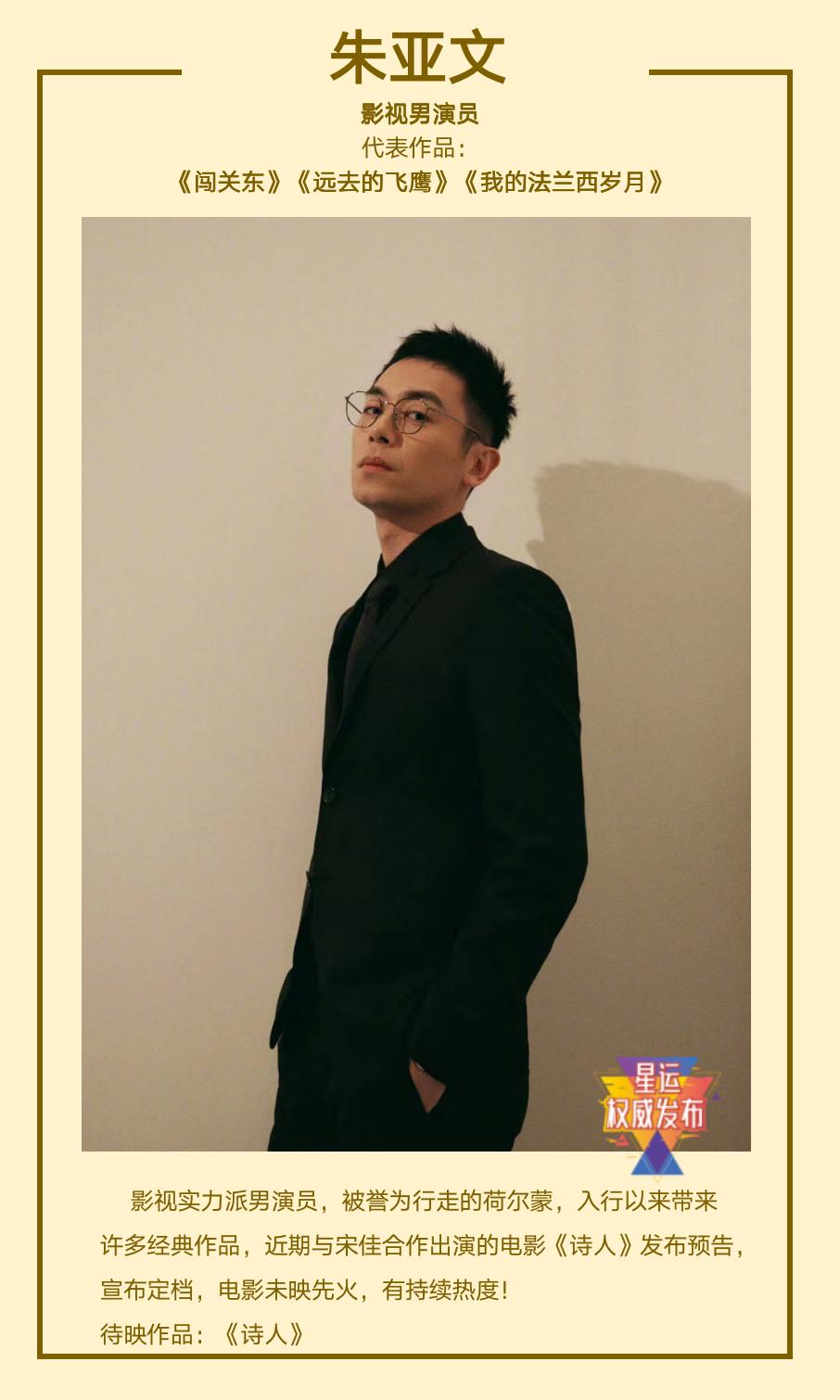 10. Song Jia: The powerful actress from the Mainland has gained countless loves for her superb acting skills in “Crossing the Guandong”. The second film “The Poet”, which he collaborated with Zhu Yawen, has also been announced. Works to be screened: “The Poet” 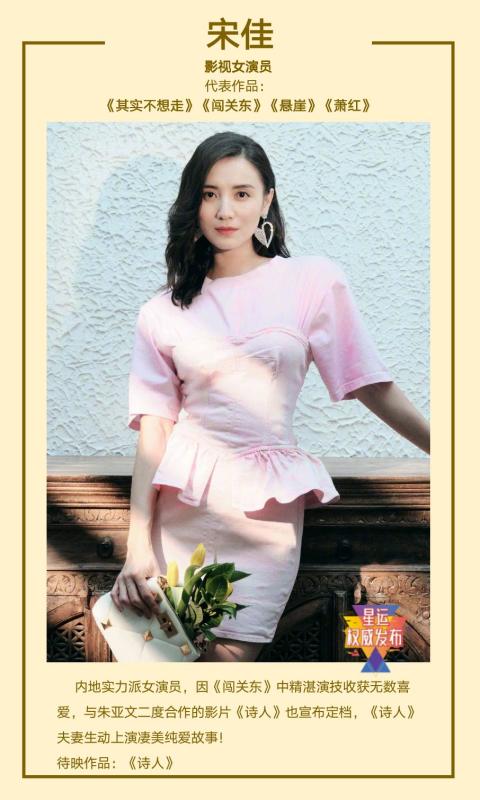 11. Ayunga: The male protagonist of the musical, singing his heartfelt voice on the stage, and showing his eye-catching style on the red carpet. He recently appeared at a certain brand event site. The outfits are very fashionable, whether it is the theater stage, TV variety show or fashion. , Ayunga has achieved full bloom! 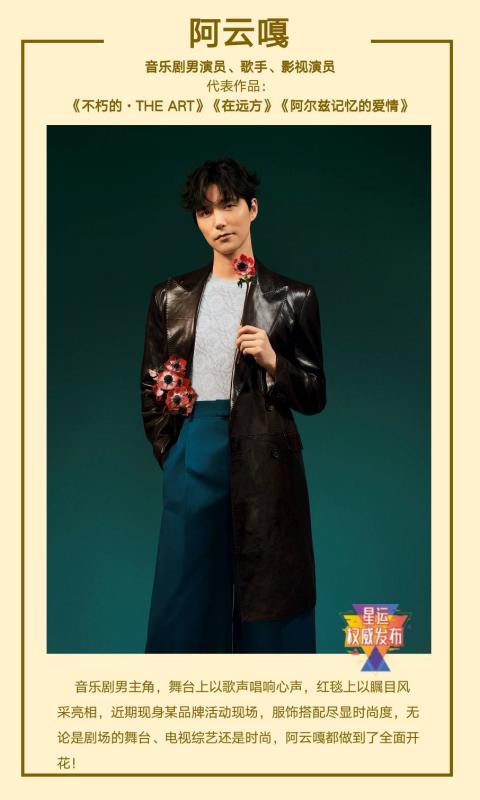 12. Bai Jingting: A popular Chinese actor, one of the four major national walls, handsome in appearance, full of variety, and popular among passersby. Recently, the topic of “8090” is highly topical and the follow-up commercial value is more promising. 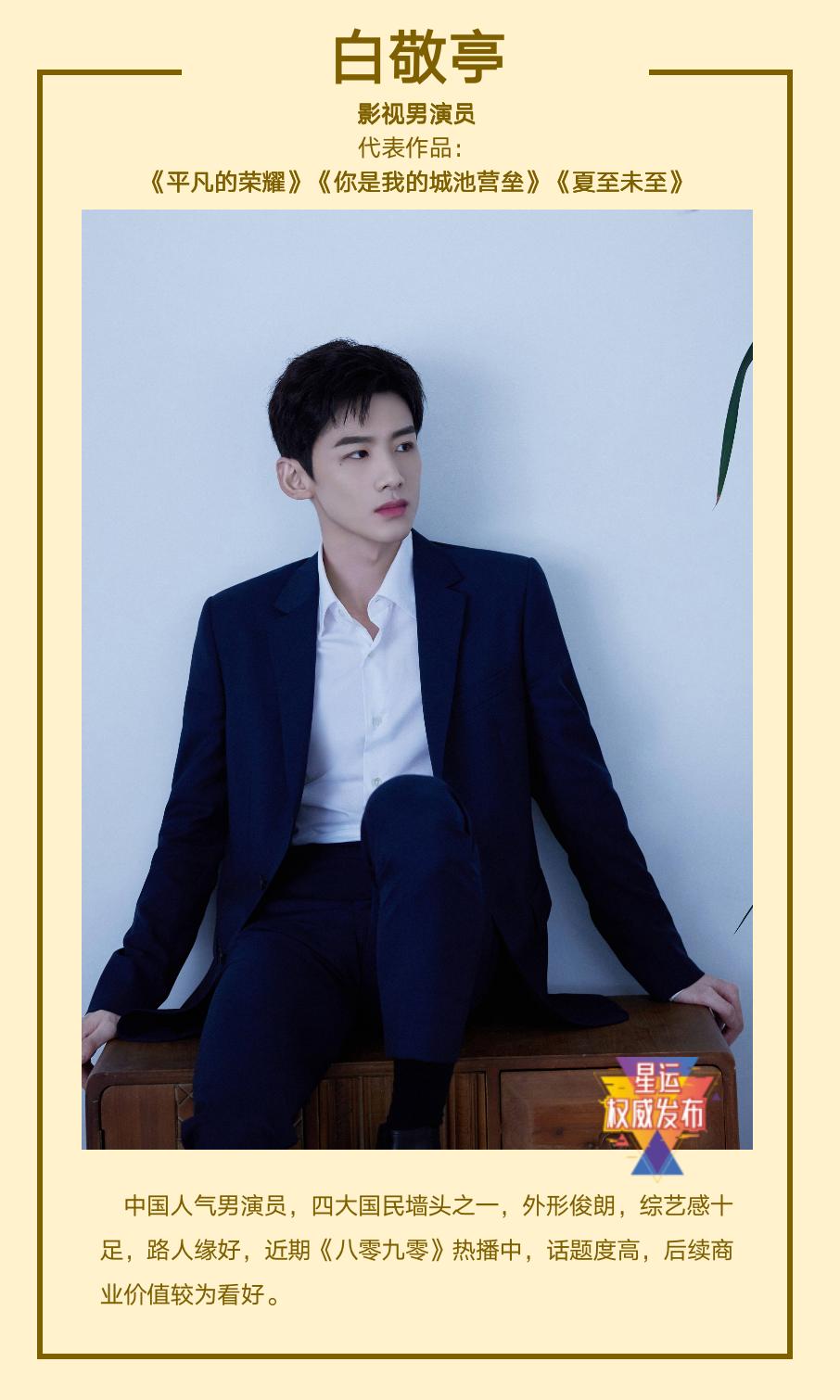 13. Li Yuchun: The first idol in the Mainland, with a unique style and quality assurance of work. The song “Priceless Sister” created in 2020 will be popular again. The fan base is large and sticky, and the commercial value continues to rise. 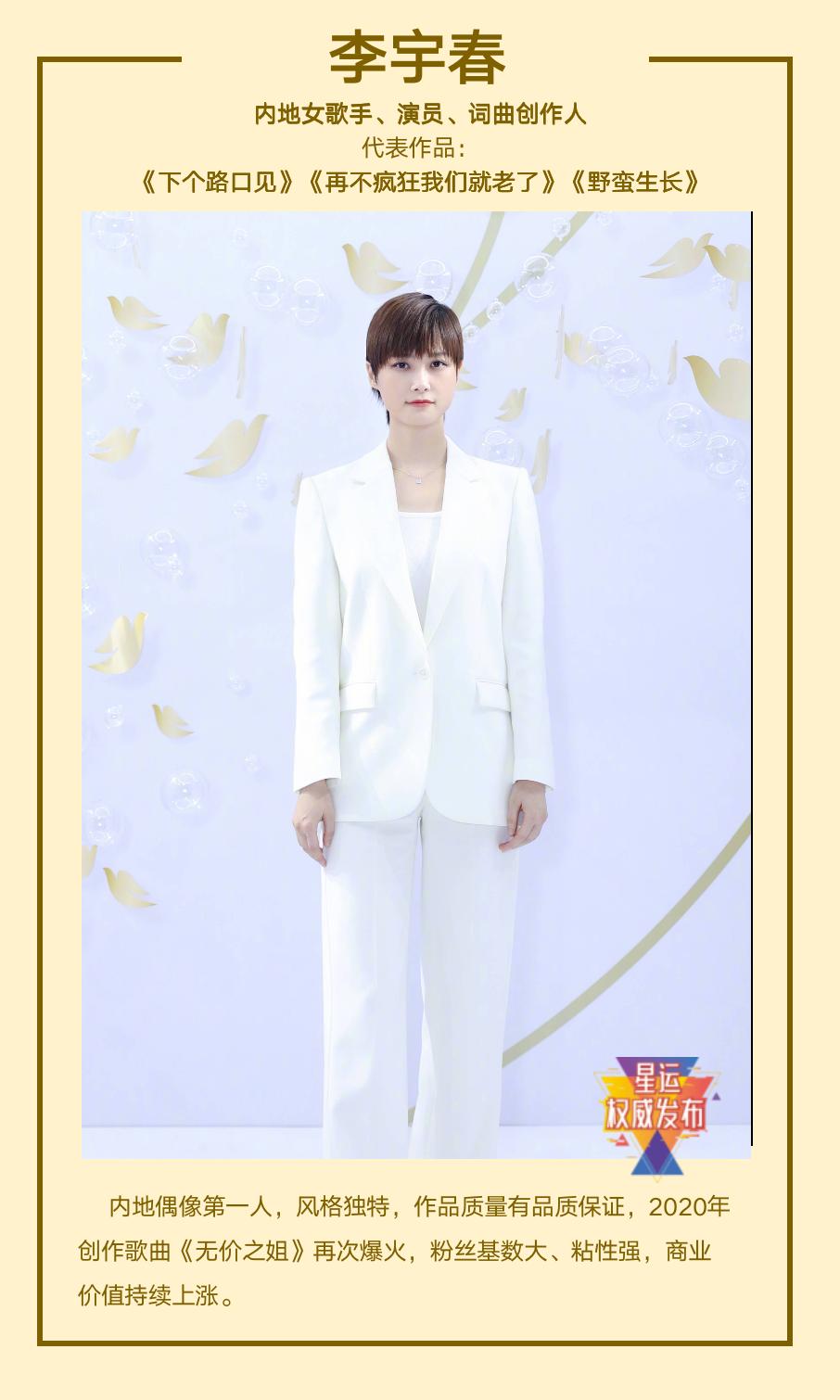