1. Li Yitong: Mainland Chinese actress, this year’s popular ip adaptation “My Time, Your Time”, starring in this year, has a high degree of discussion, graduated from Beijing Dance, and has outstanding temperament. There will be many popular works that will be broadcast soon, and the popularity is guaranteed. On-air work “Li Ge Xing”, to-be-aired work “Nine Heavens Cold Night Warm”, “Ideal Illuminates China”, “Family” “Special Warfare Glory” 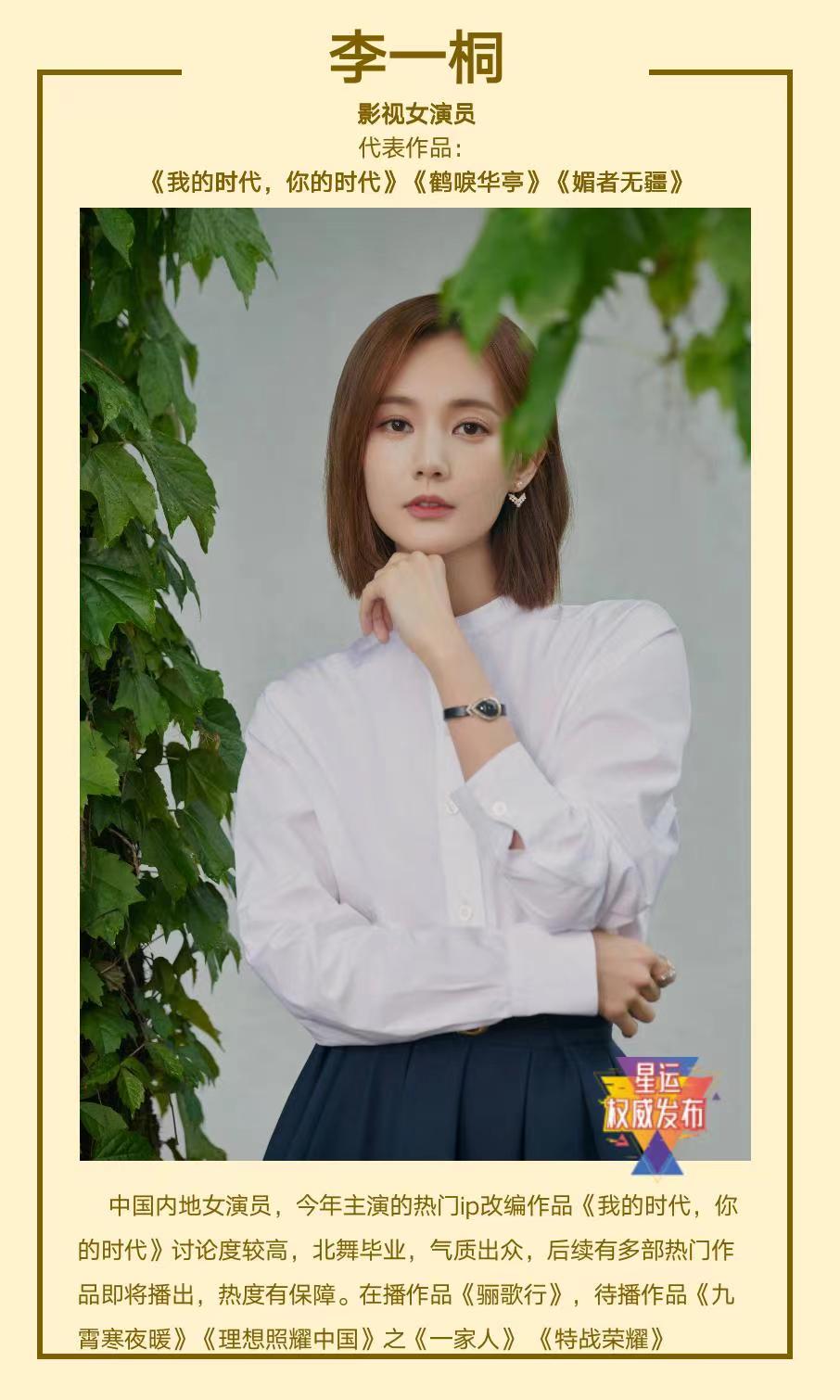 2. Bi Wenjun: A new generation of Chinese actor and singer. He is a popular finalist in the 2018 Phenomenal Audition Variety Show “Idol Trainee”. He is tall and his appearance is loved by young people. In the past two years, he has been active in TV dramas, and his upcoming works include “Nine Heavens Cold Night Warm”, “Dust in the World”, “Little Girl Dress”, “Lonely Beast” 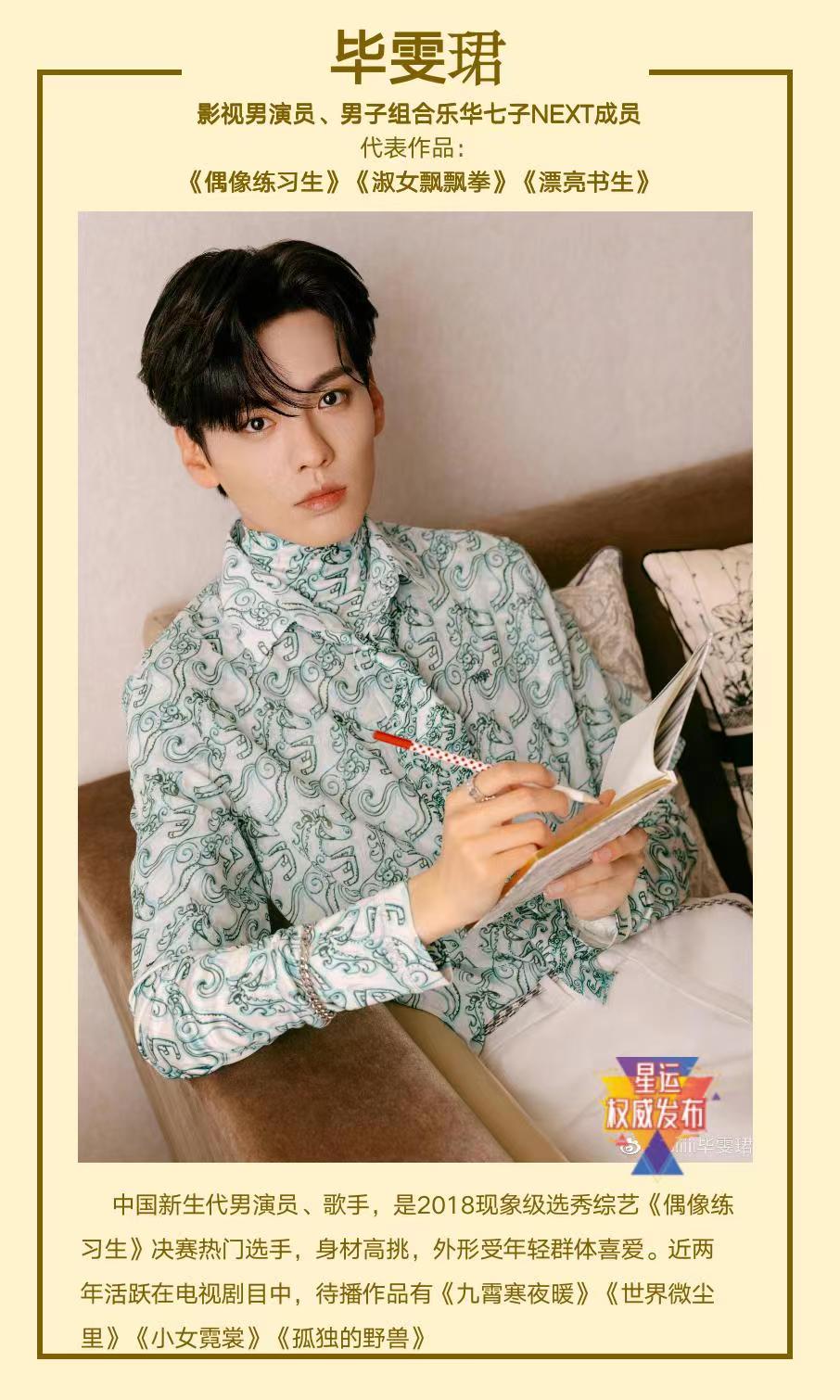 3. Ding Yuxi: A new generation of powerful actor, graduated from the Directing Department of the School of Continuing Education of Shanghai Theatre Academy. In 2020, he appeared in the popular drama “The Rumored Chen Qianqian” in the role of Han Shuo by the audience. Acting online, can adapt to a variety of styles of cooperation. The works to be broadcast “Moonlight Variations”, “Genius Games”, “Ten Years One Grade Wen Ruyan” 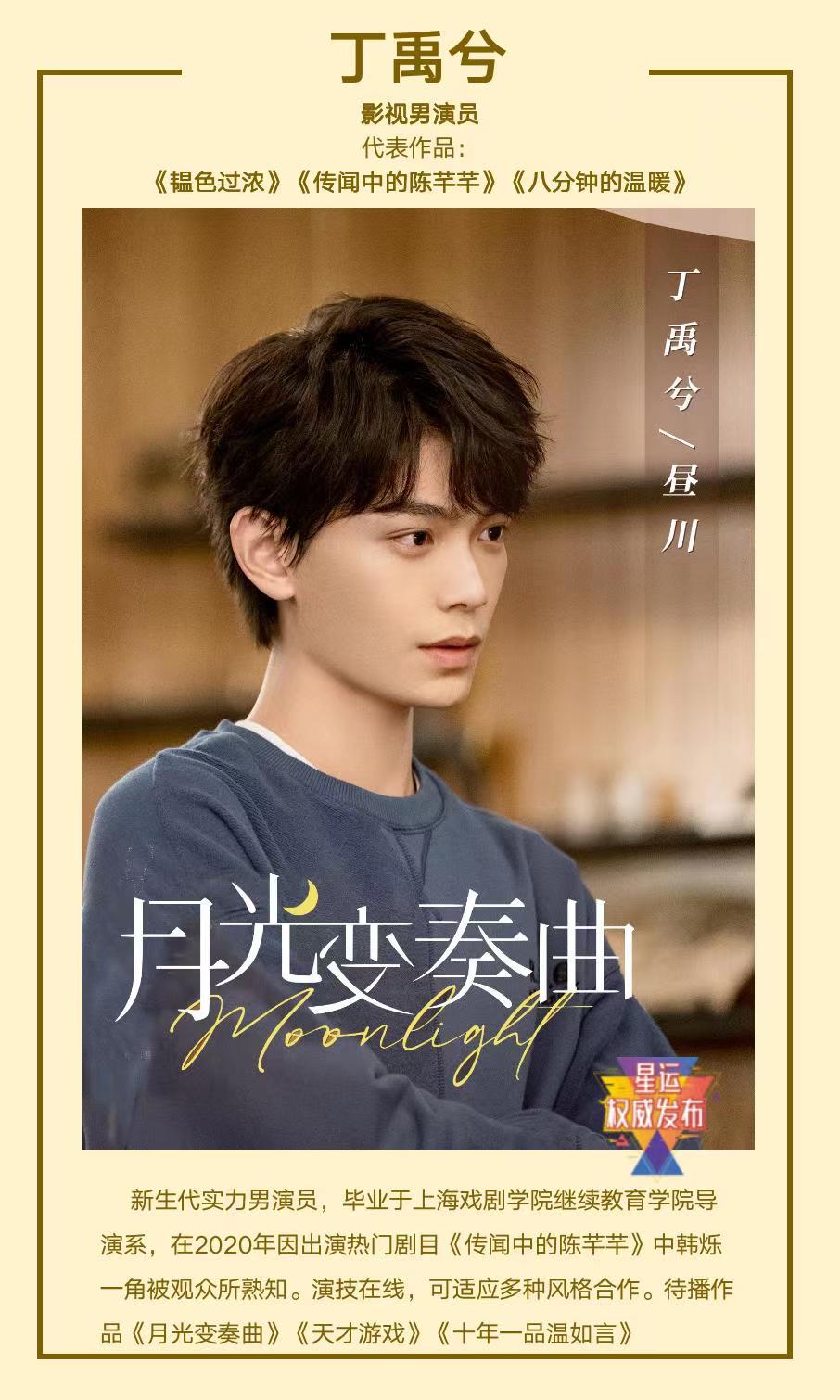 4. Yu Shuxin: A new generation of actress, singer, will participate in “Youth with You 2” in 2020 and debut as the second place, with high fan activity and strong purchasing power. The acting skills are good, the image is playful and cute, and he is very stubborn and is very popular among young people. Waiting to be broadcasted “Moonlight Variations” and “Canglan Jue” 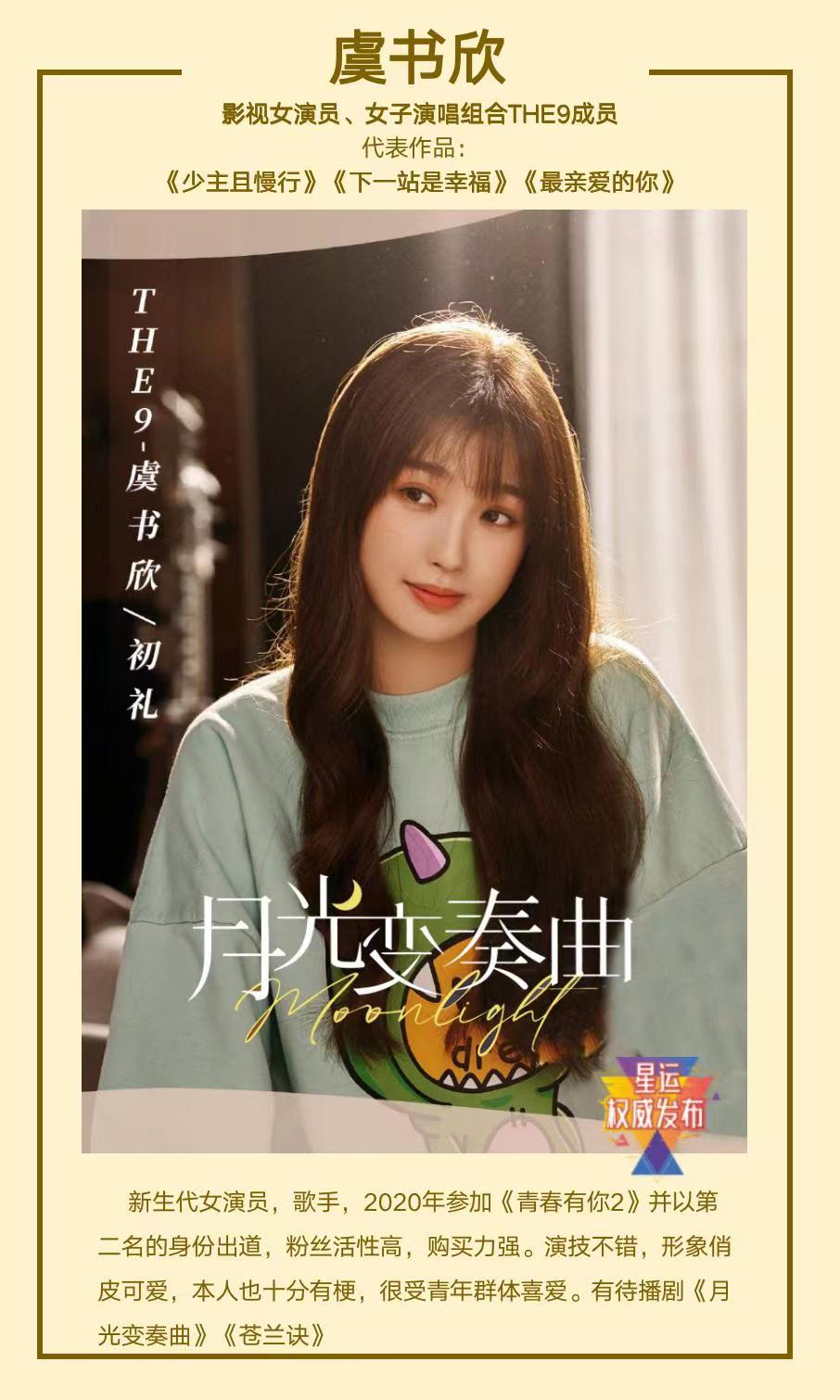 5. Wang Hedi: The new-generation actor is well-known by young people for appearing in the new “Meteor Garden”. This year, the image of a middle-aged boyfriend in “Rational Life” attracted a large number of fans. He is tall and has a good image. The to-be-aired drama “Yulong” will be broadcast on May 10th, and will continue to be popular. 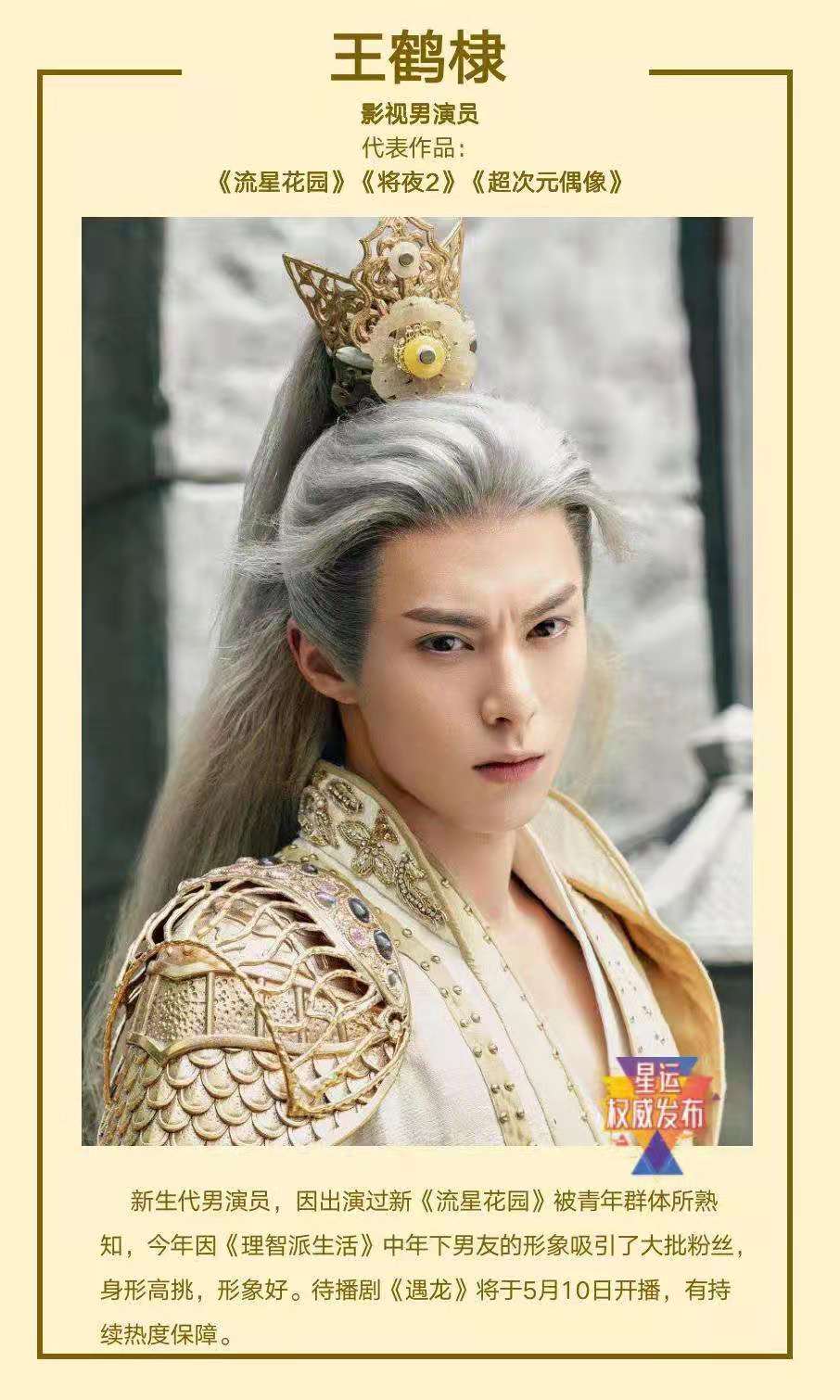 6. Zhu Xudan: A new-generation actress. She is well-known by the audience for her role as Zhou Zhiruo in the new version of “The Legend of the Dragon Slaying the Heaven”. By chance, she also attracted the attention of some overseas fans. She has a clear and refined temperament and a high degree of goodwill among passersby. The starring TV series “Yulong” will be broadcast on May 10th, and it is guaranteed to be popular. 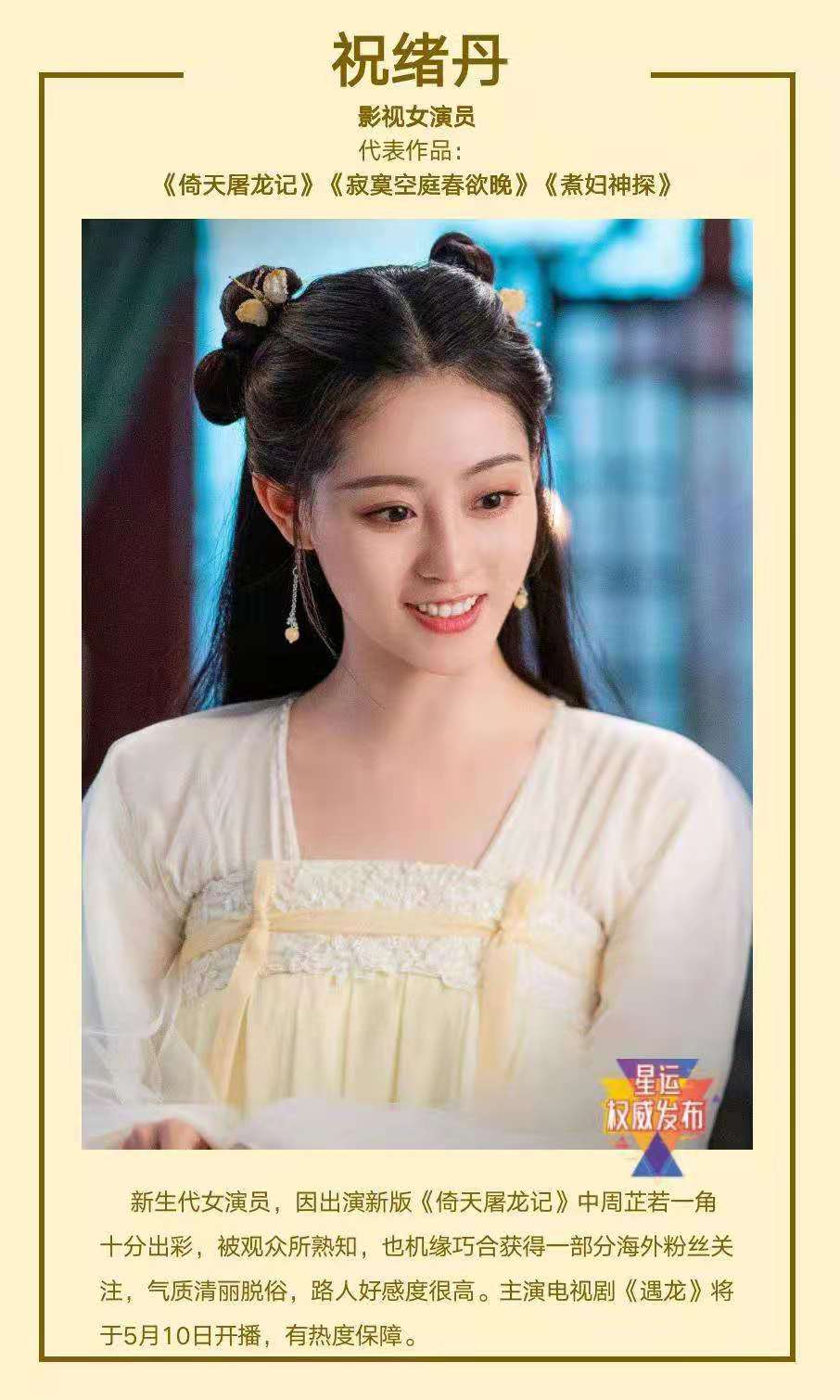 7. Huang Jingyu: Mainland Chinese actor, because he often appeared in military-themed film and television dramas, the image of a tough guy is deeply rooted in the hearts of the people. In 2018, he starred in the movie “Operation Red Sea” and received a lot of praise. He debuted earlier and has a good fan base. To-be-broadcast works “Peacekeeping Anti-riot Team”, “Dear Military Uniform”, “Ace Force” 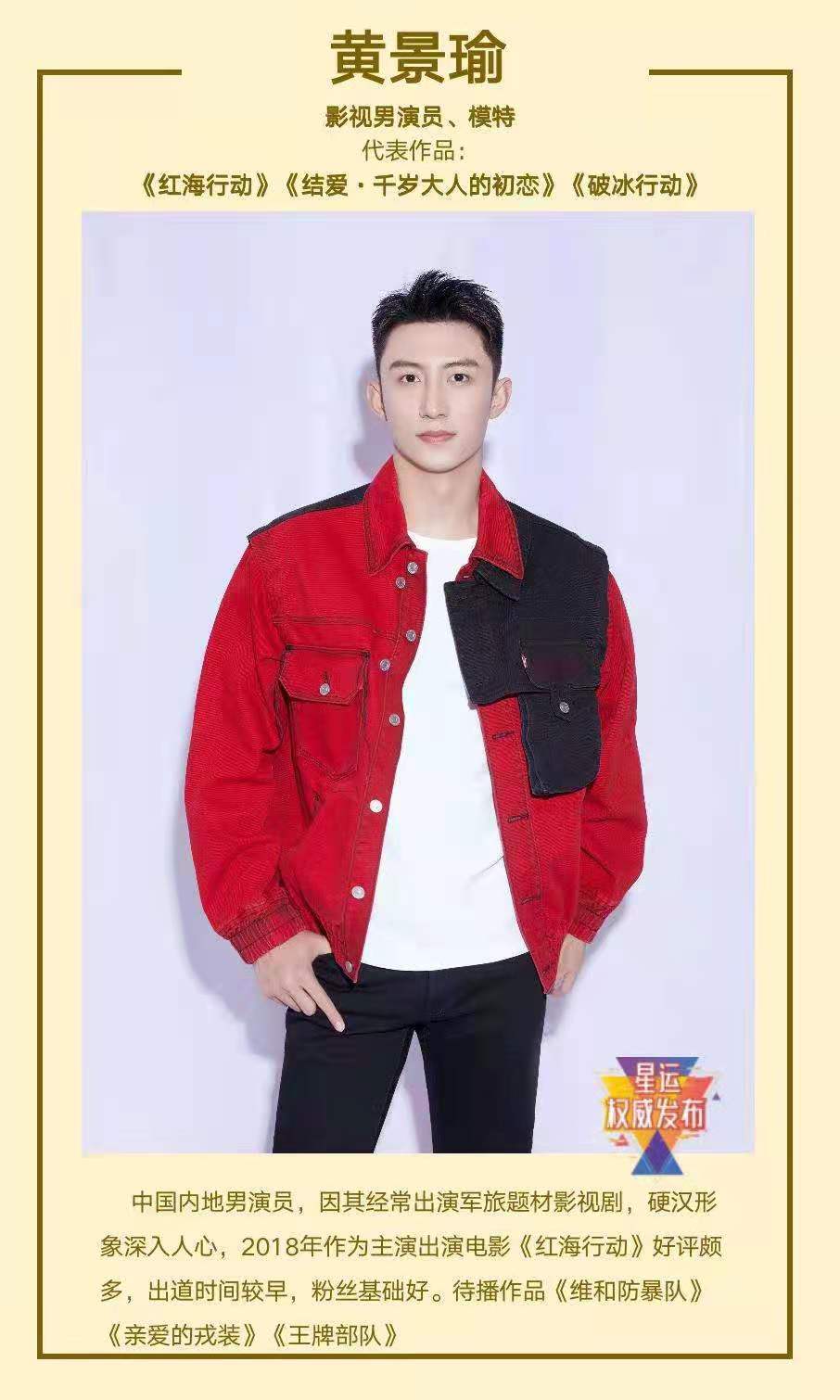 8. Wang Yibo: Mainland Chinese actor, singer, racing driver, host, with an overseas debut background, and a good overseas audience. In 2019, he appeared in the popular drama “Chen Qing Ling” and gained a considerable number of fans. The purchasing power of fan activity ranks among the top ranks. The body shape condition is very good, suitable for many styles. “Choice” of “Peacekeeping Anti-Riot Team” “Ideal Shines on China” “Bing Rain Fire” “Wind Up Luoyang” 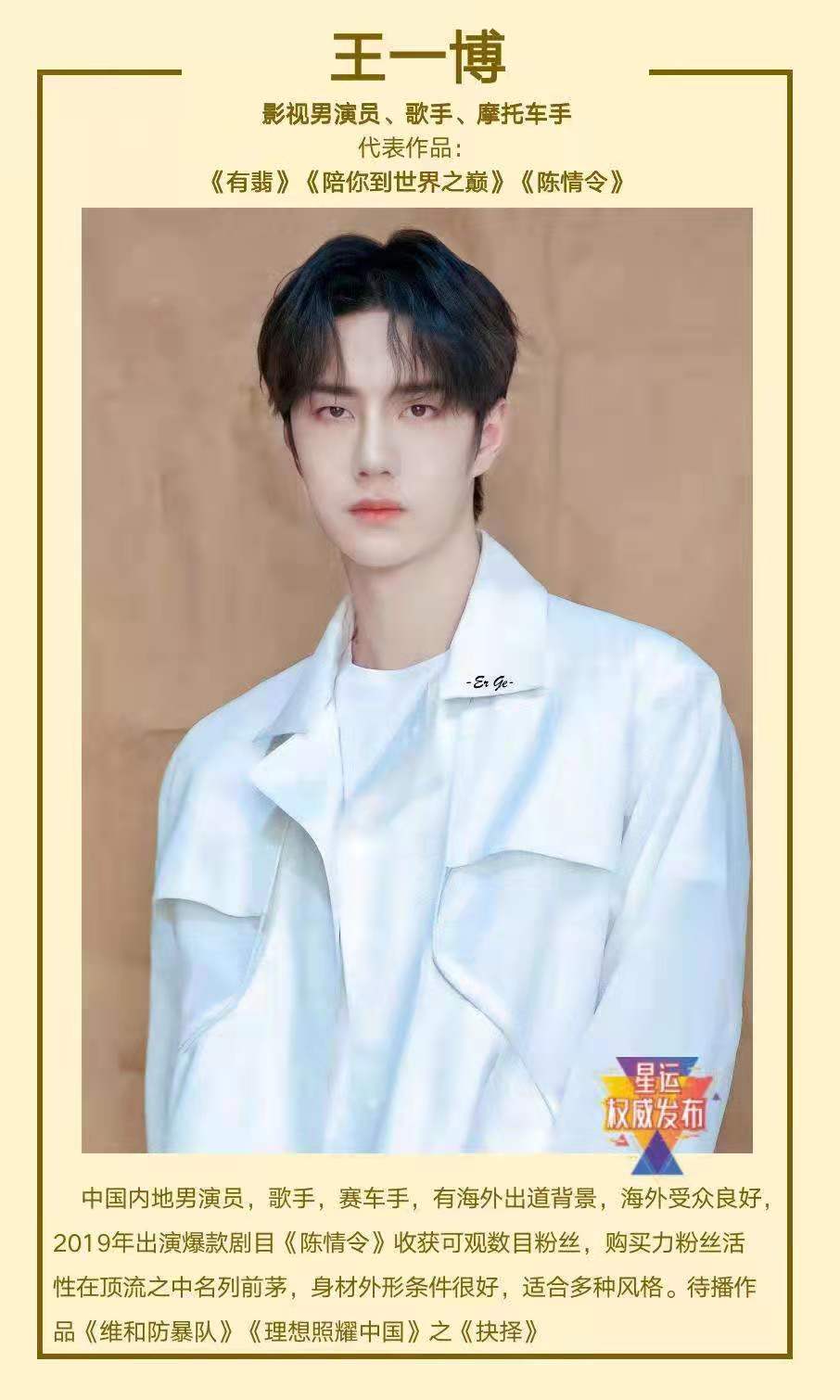 9. Zhong Chuxi: Mainland Chinese actress, won the Best Actress of Tokyo International Film Festival in 2020 with “Buckwheat Going Crazy”. The appearance conditions are very recognizable and the passersby are very popular. The works to be broadcast include “Peacekeeping Anti-riot Team” and “Ace Force” 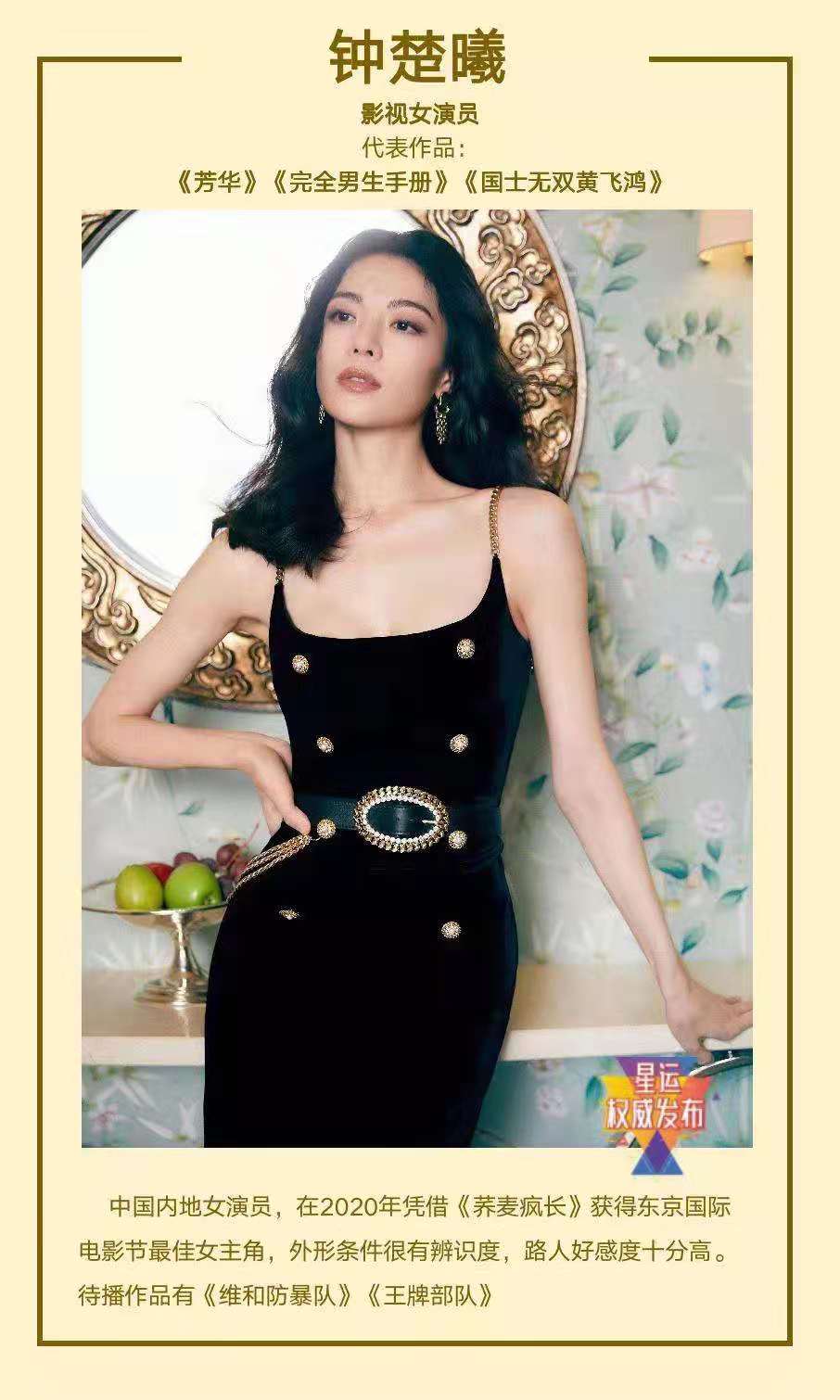 10. Wu Yifan: The top-ranking male god in China, the well-known fans have a high degree of adhesion, and all resources are top-notch. The “Green Hairpin” partnered with Zhao Liying has not been broadcast first, and the topic is high. 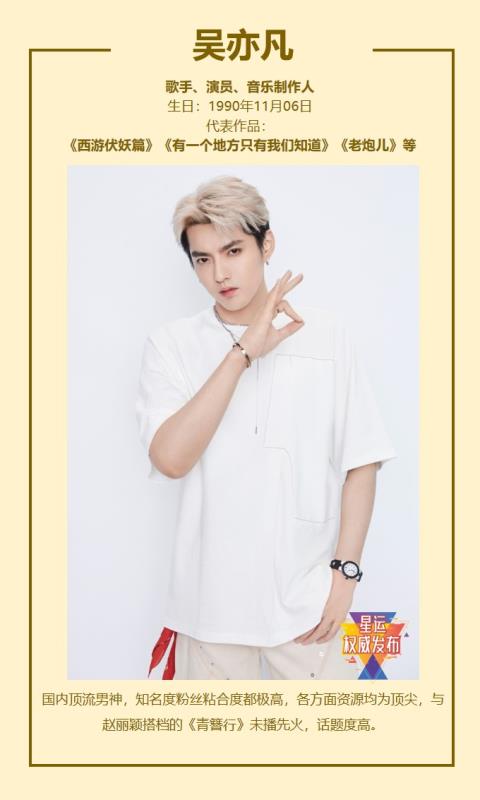 11. Peng Yuchang: A new generation of actor, known to the public for his “Longing Life”, “The Sky of the Wind Dog”, and “Outside the Bath”. The popularity and commercial value have risen. Recently, he participated in the topic of “Longing for Life 5”. Climb, frequently board hot search. 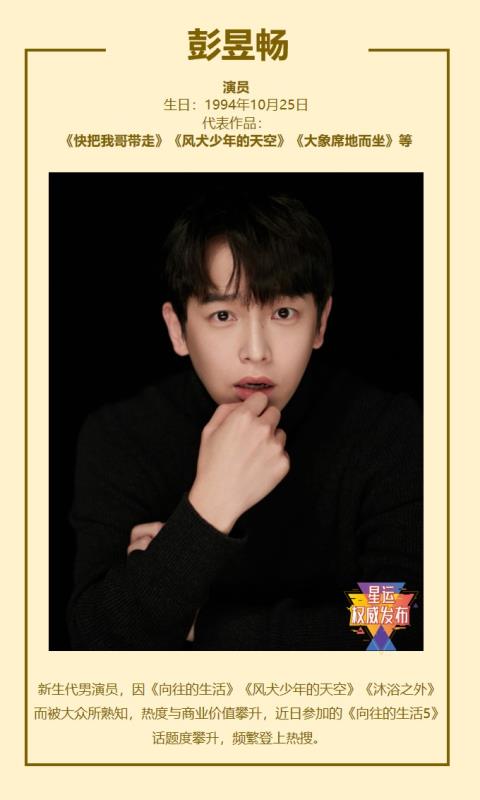 12. Zhang Zifeng: As a national sister, Zifeng has already been upgraded to a sister. The life service variety show “Longing for Life 5” that she participated in recently has attracted much attention and has been frequently searched. I look forward to her more exciting moments in the show. 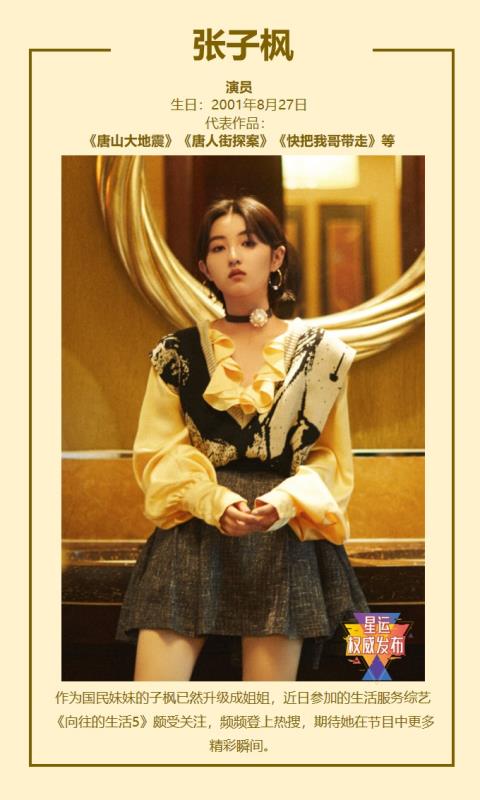 13. Xu Weizhou: All-round artist, has won many awards in the song category, taking into account film and variety shows, strong fashion expression, stable commercial value. “The City of Streaming Light” will be broadcast in the follow-up, and the co-actor Jing Tian has high expectations. 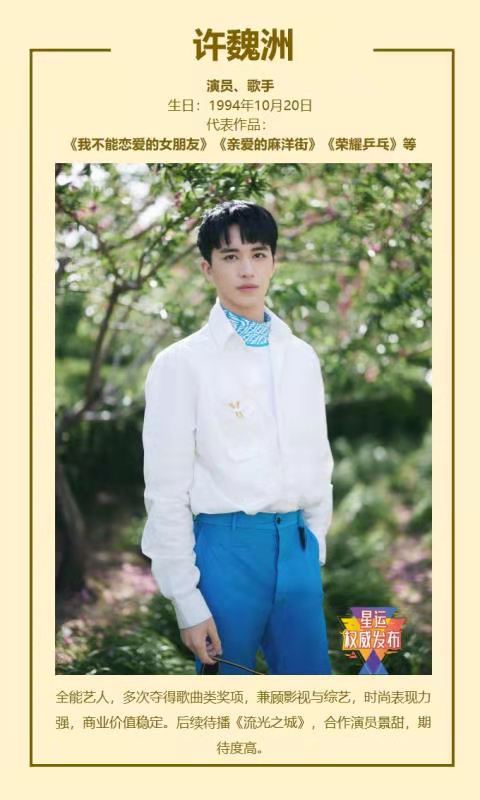 14. Bai Jingting: Boyfriend in March, handsome in appearance, full of variety, and popular among passersby. In the recent “8090” hits, 18 days of its launch, 12 days have won the championship in daily views. The total number of views has exceeded 1.4 billion. Personal business value is rising. 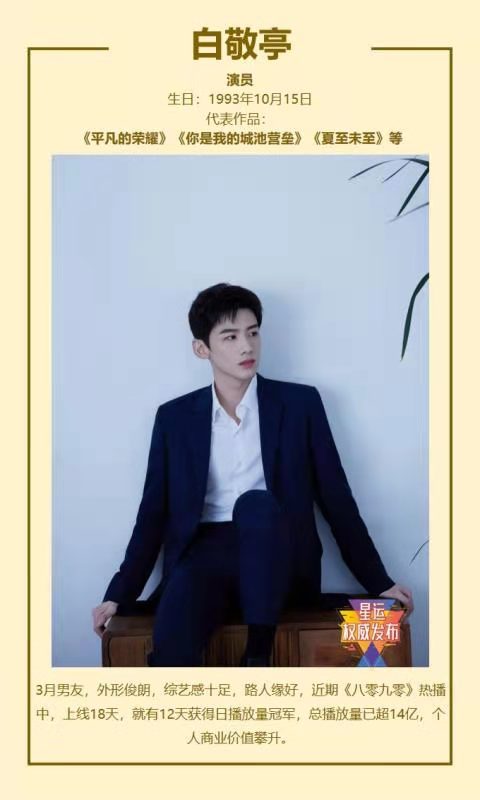 15. Yu Yan: One of the TH9 members, the fans cover a young group, the base is big and sticky, the latest sound show Reuters, the silver metal chain dirty braids are cool, the girl group wears slay to the audience, looking forward to the perfect Ace metaphor performance. 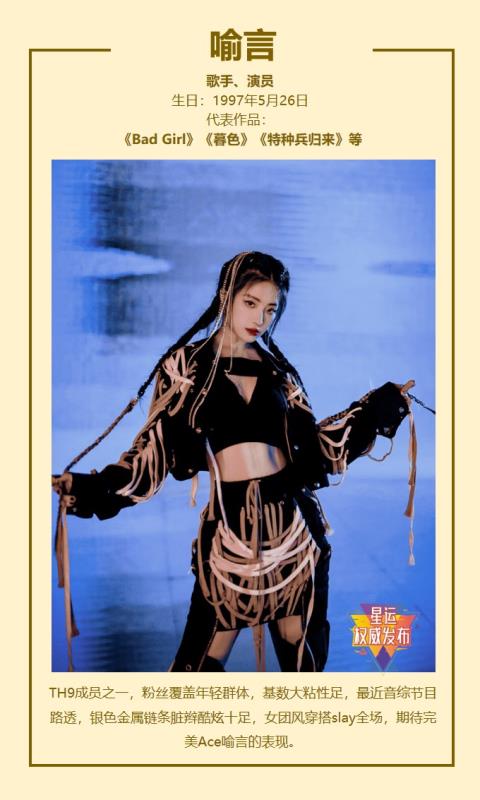 16. Zhang Xiaofei: Because of “Hello, Li Huanying”, it has risen strongly, personal attention has risen, and its commercial value has also made rapid progress. Recently, several endorsements have been unlocked one after another. Looking forward to the follow-up performance of Fei’s mother. 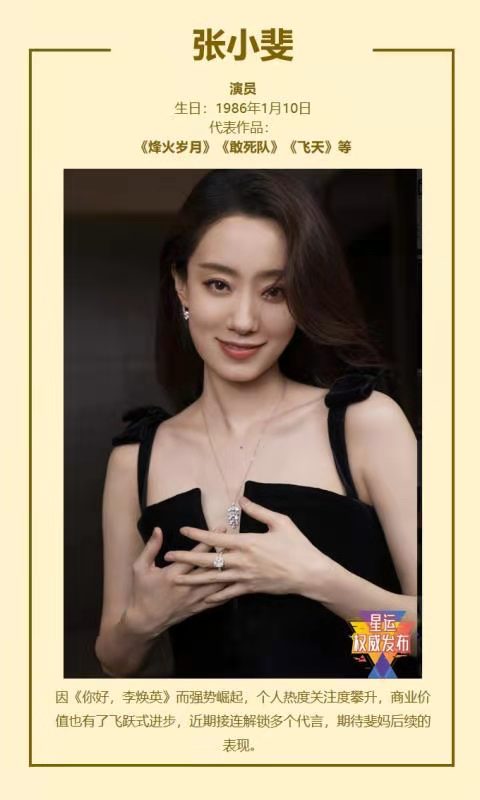 17. He Rundong: It is sought after by countless fans for his handsome appearance, three-dimensional features, strong figure, and a hint of “dominant president” in his bones. The follow-up will be broadcasted in “Huanxisha”, “Sui Sui Qing Lian” and many other titles. It is worthwhile look forward to. 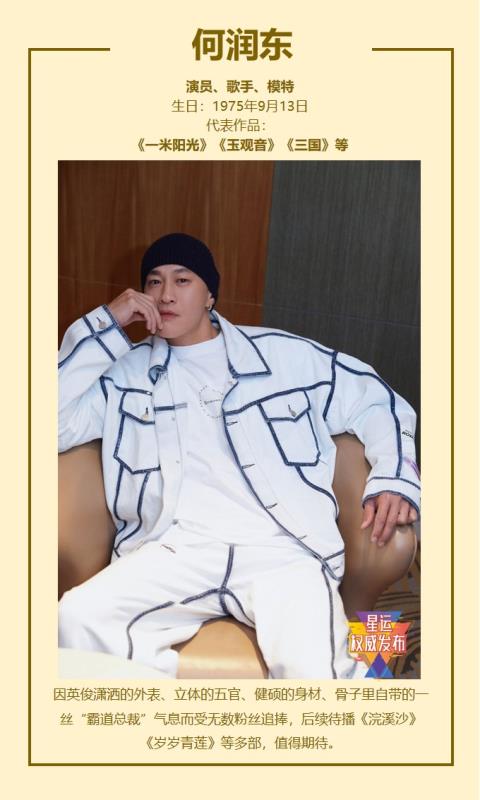 18. Wang Feifei: I got out of the circle after participating in “Sister Riding the Wind and Waves”, known as the grass planter in the world. It has attracted much attention in the beauty field. The good species grass vlog that is frequently released is loved by fans, and the brand’s popularity continues to rise. 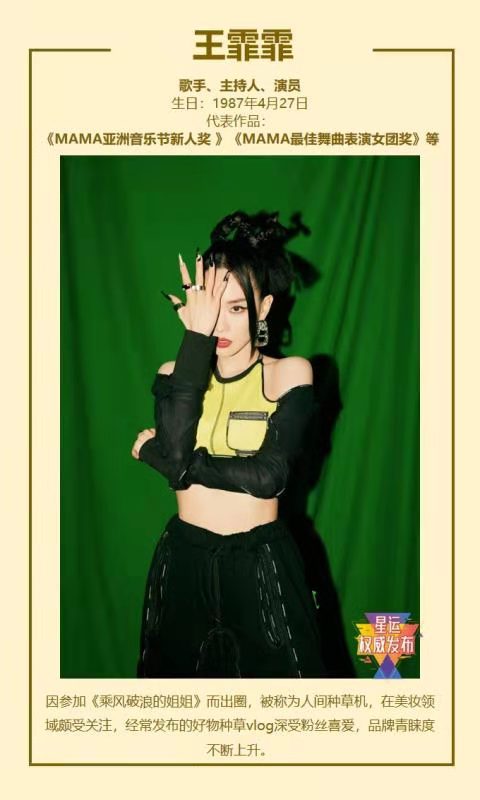