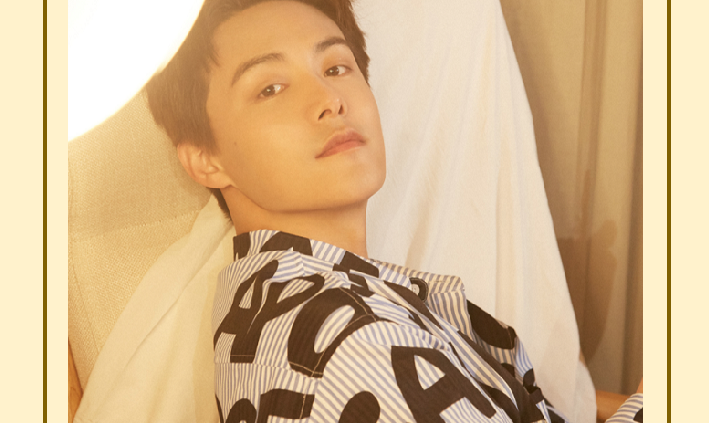 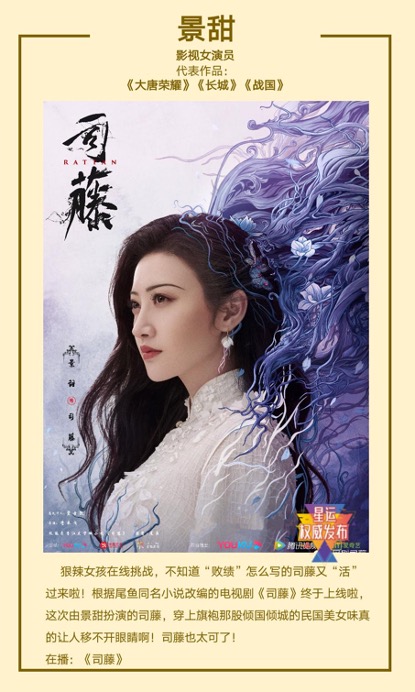 2.. Zhang Binbin: Where is the magic Qin? After falling off a cliff to recover a life and then become a master of resurrection, Qin Fang’s life is also wonderful ah! Zhang Binbin played Qin Fang is a rich and face “silly white sweet”, Qin Fang brings Zhang Binbin’s cute side, too like! On air: “Saito”, “Eye of the Storm”; To be broadcast: “Moon Song”. 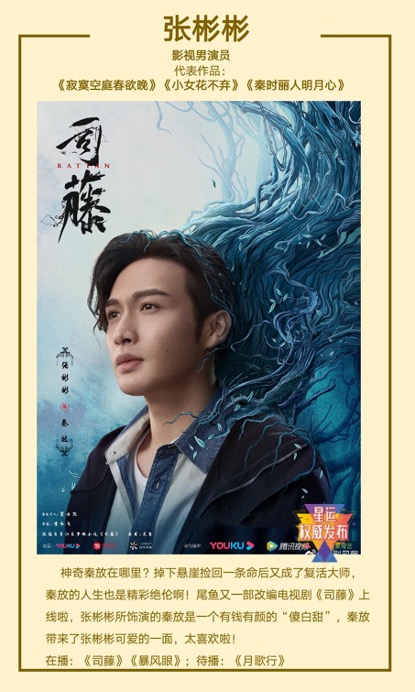 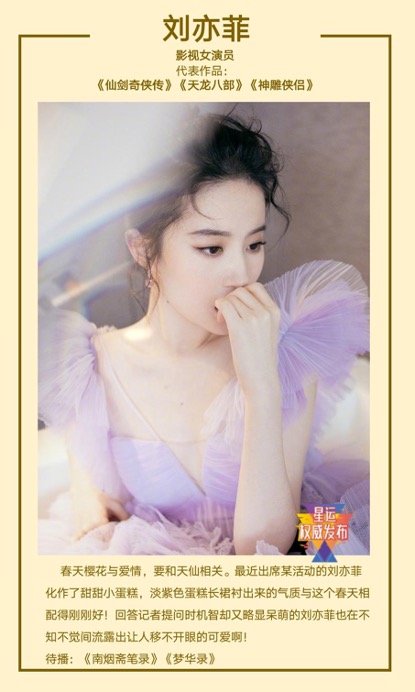 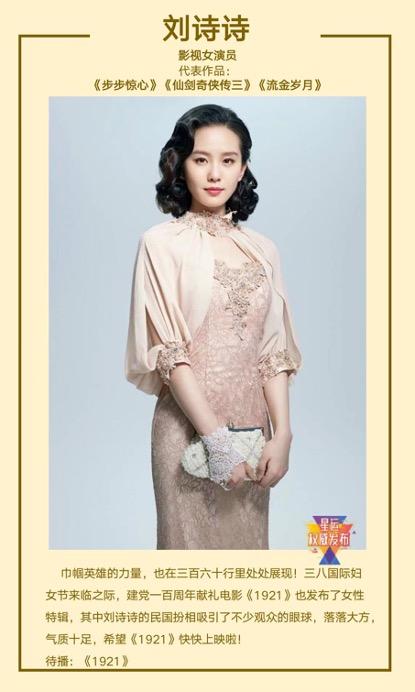 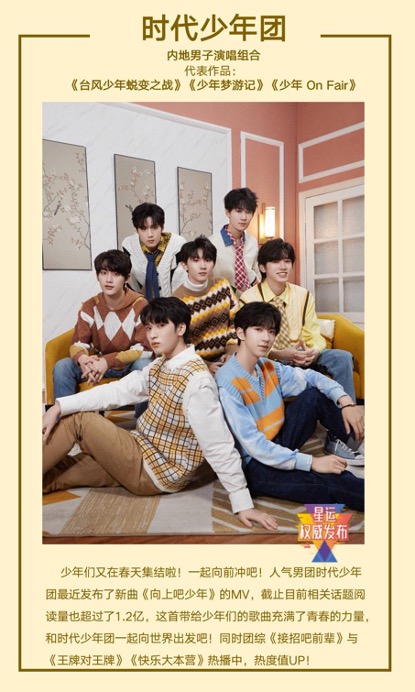 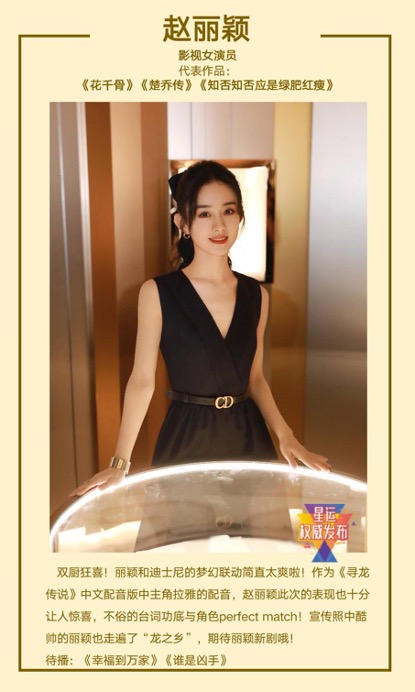 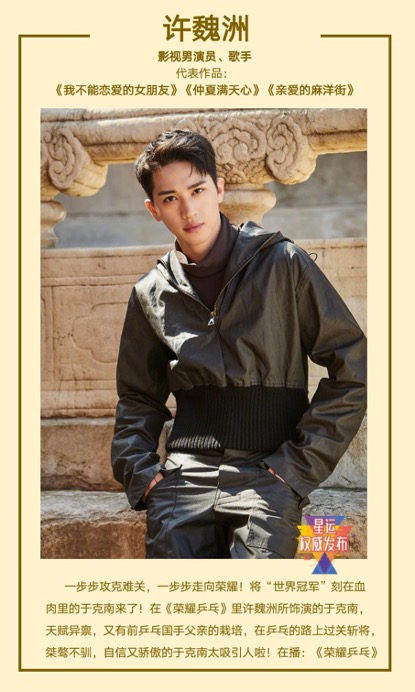 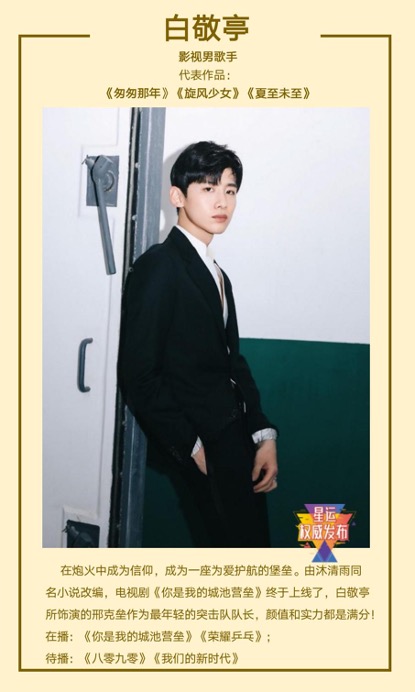 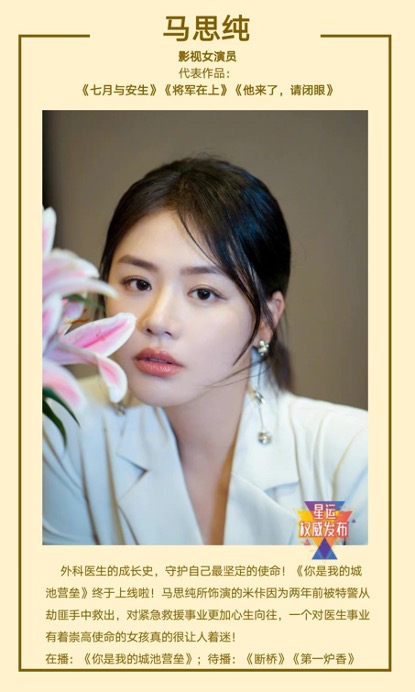 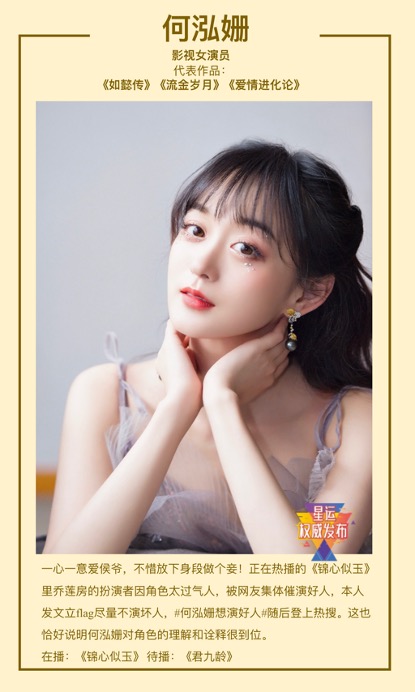 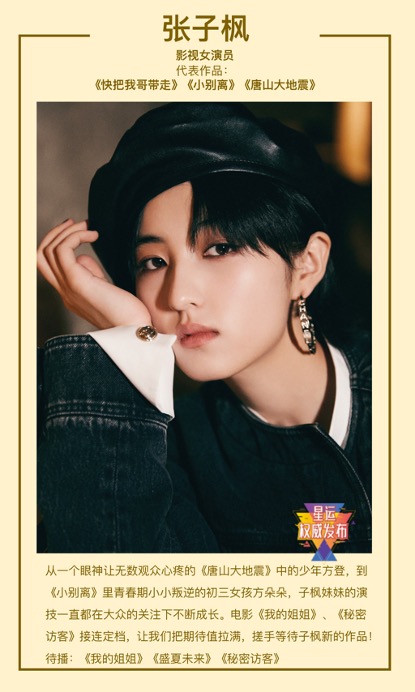 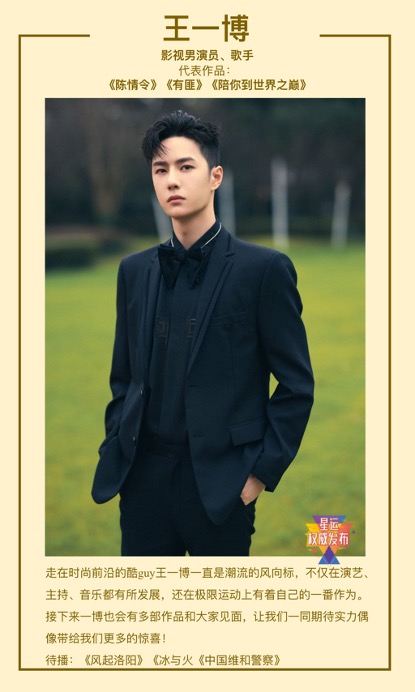 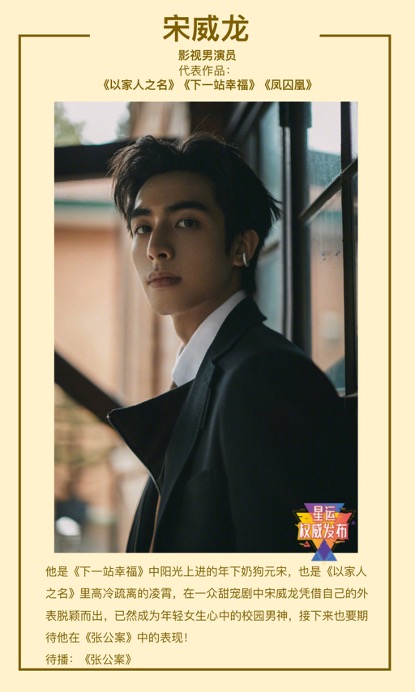 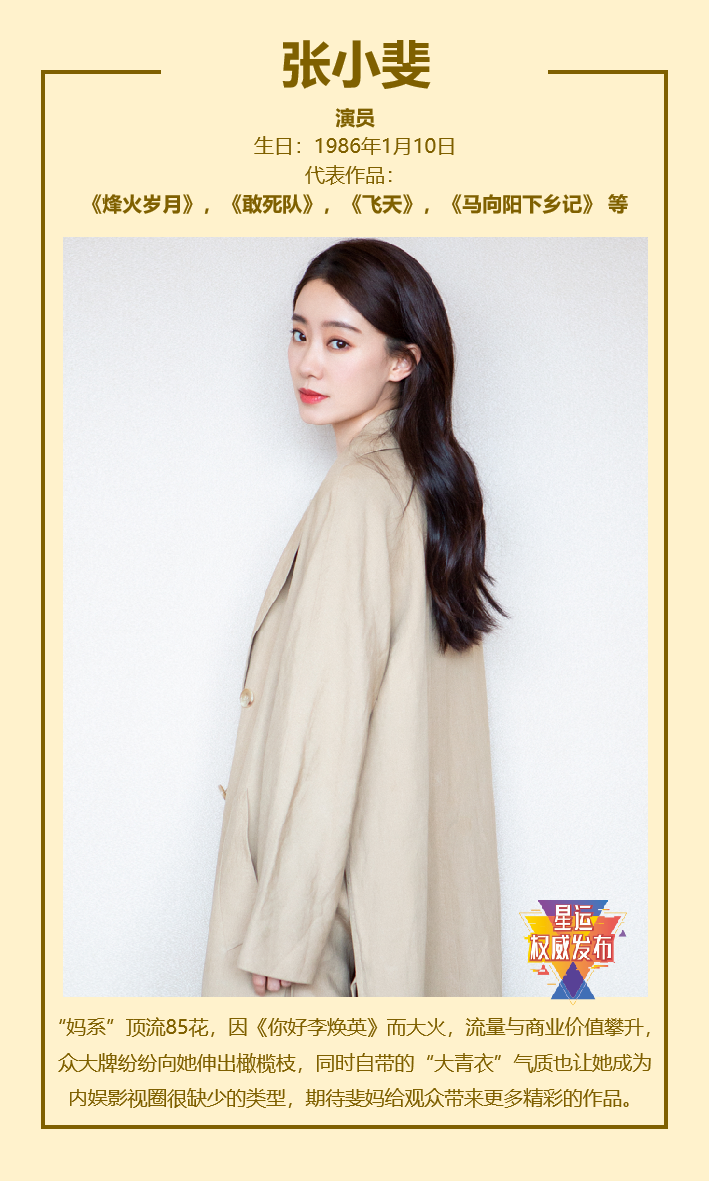 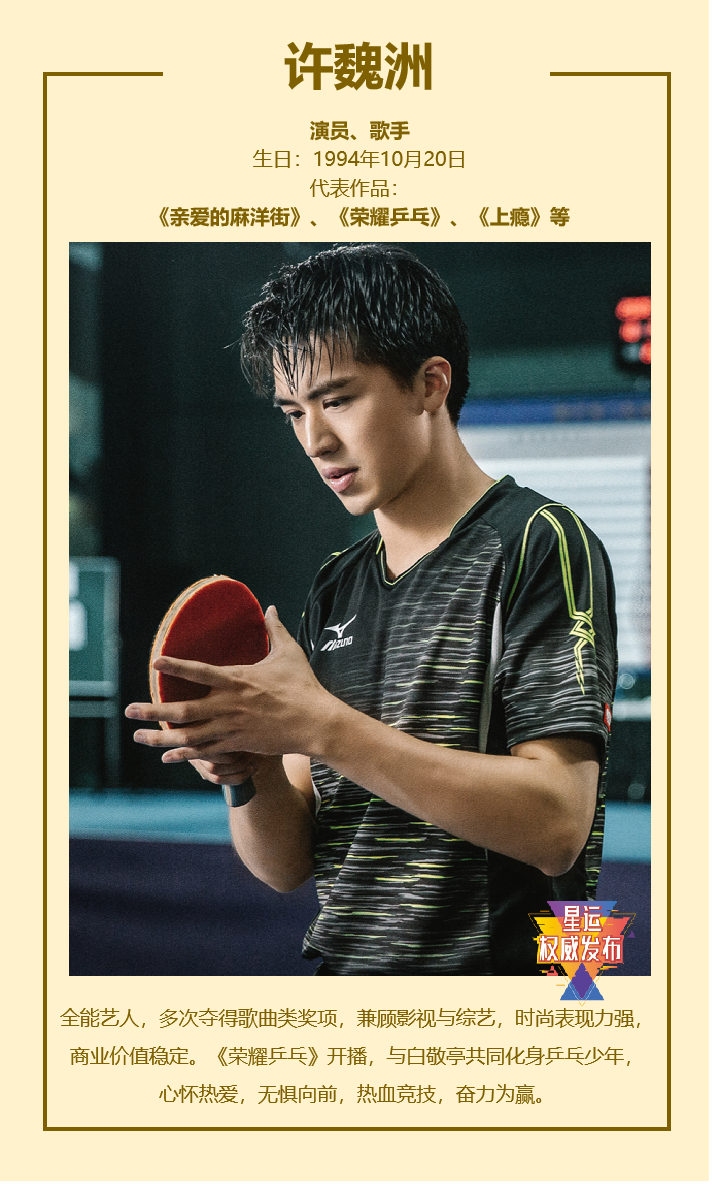 16. Zhang Zhehan: Recently, the opening of the “Mountain River Order” ushered in a high score of 8.2 Douban, the drama as Wen Ke Xing is not only the face of the play, but also the role of funny, and outside the play has become a segment of the hand, often on the hot search led the audience to discuss, the powder countless, look forward to his subsequent performance! 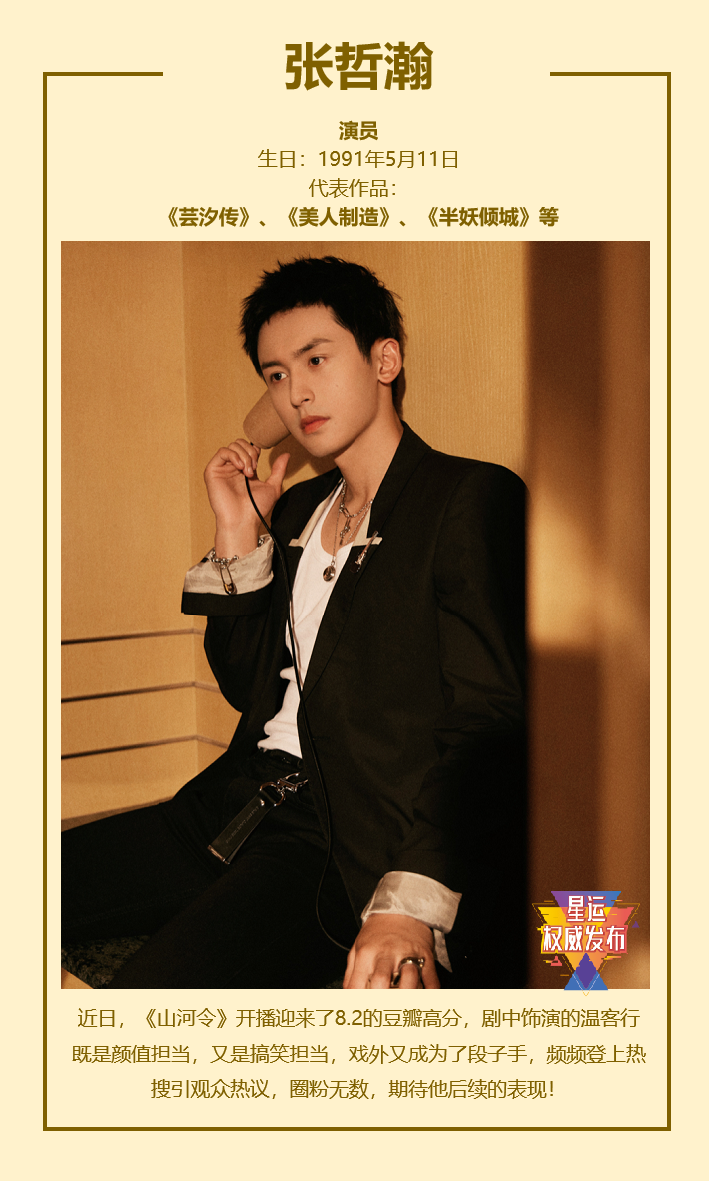 17. Ma Tianyu: Buddhist style artist, always maintain a positive and optimistic attitude towards life, his warm and healing smile to gain a large number of fans, to be broadcast top immortal fantasy super film and television IP “dust edge” partner Angelababy, is expected to be broadcast in the first half of this year. 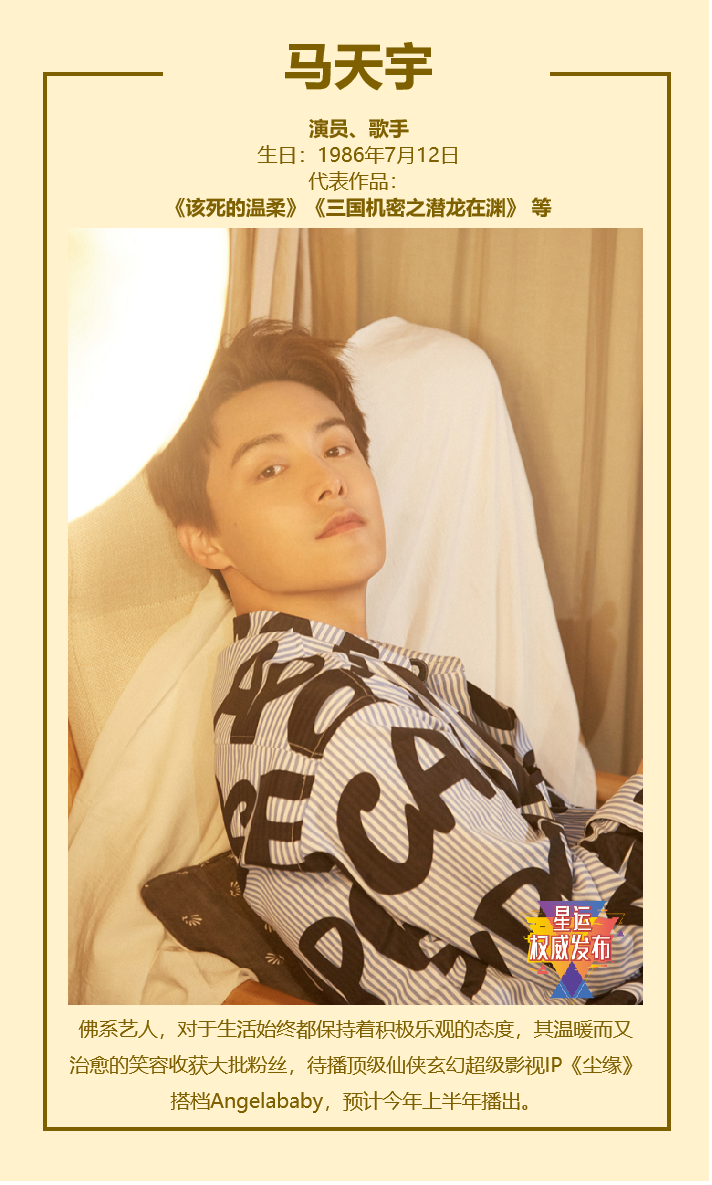 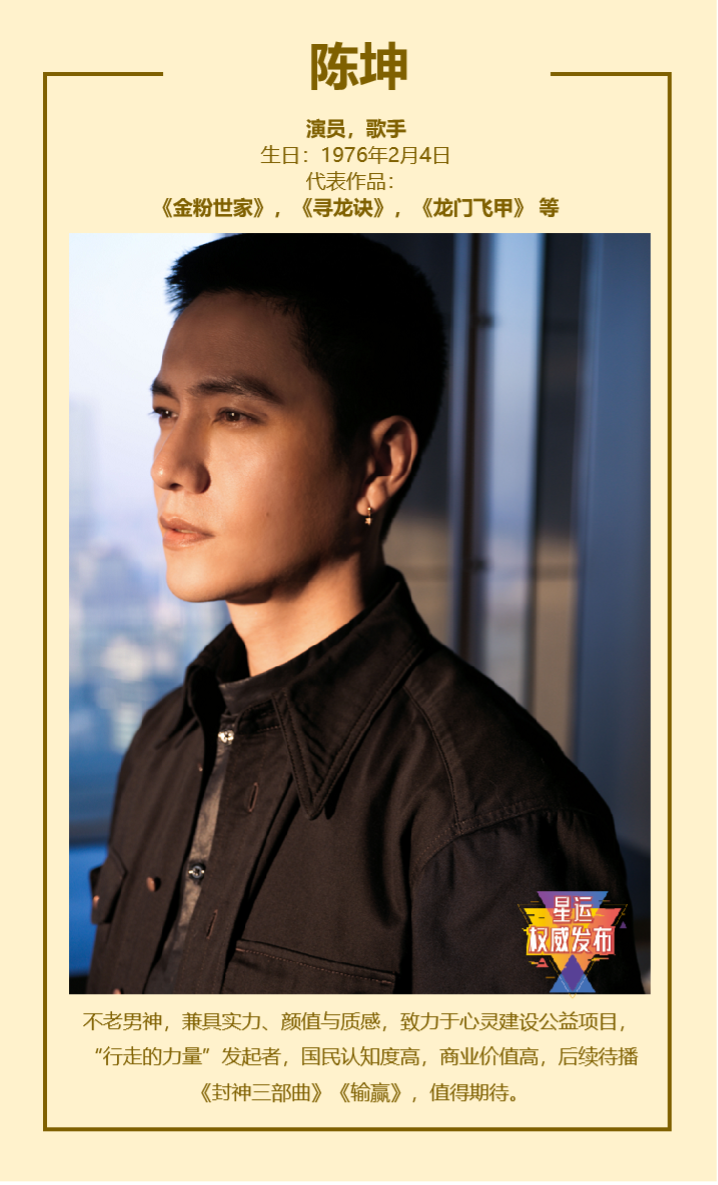 19. Zhang Yuhao: new generation actor, starred in a number of films and dramas such as “Ya Bai” and “Wind Dog Boy’s Sky”, will play Xiao Erdong who is almost blind but runs wildly for his marathon dream in “Amazing Dad”, the movie is scheduled for April 2, look forward to his performance! 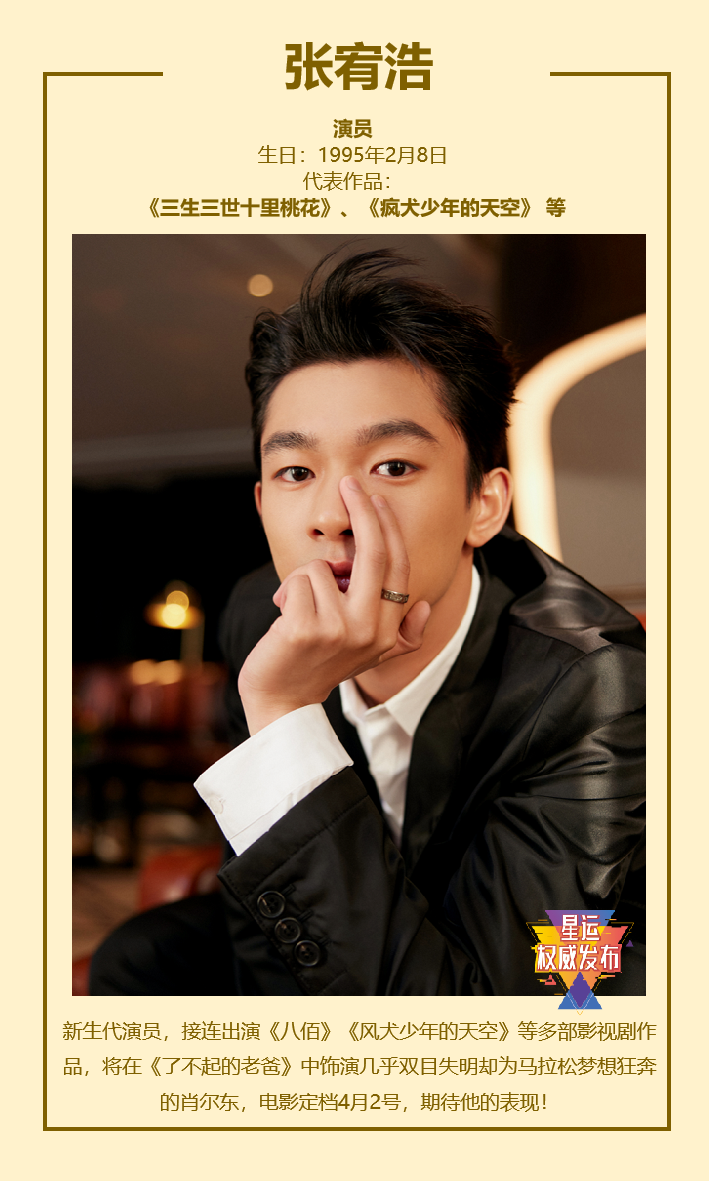 21. Zhao Jinmai: the new “national daughter”, first in the “My! Physical Education Teacher” with Zhang Jiayi to form a father-daughter file, the image of the rebellious and naughty daughter portrayed to the fullest, and in the “Wandering Earth” as Han Duo Duo and widely known by the public, the recent “ideal life of love” hot broadcast. 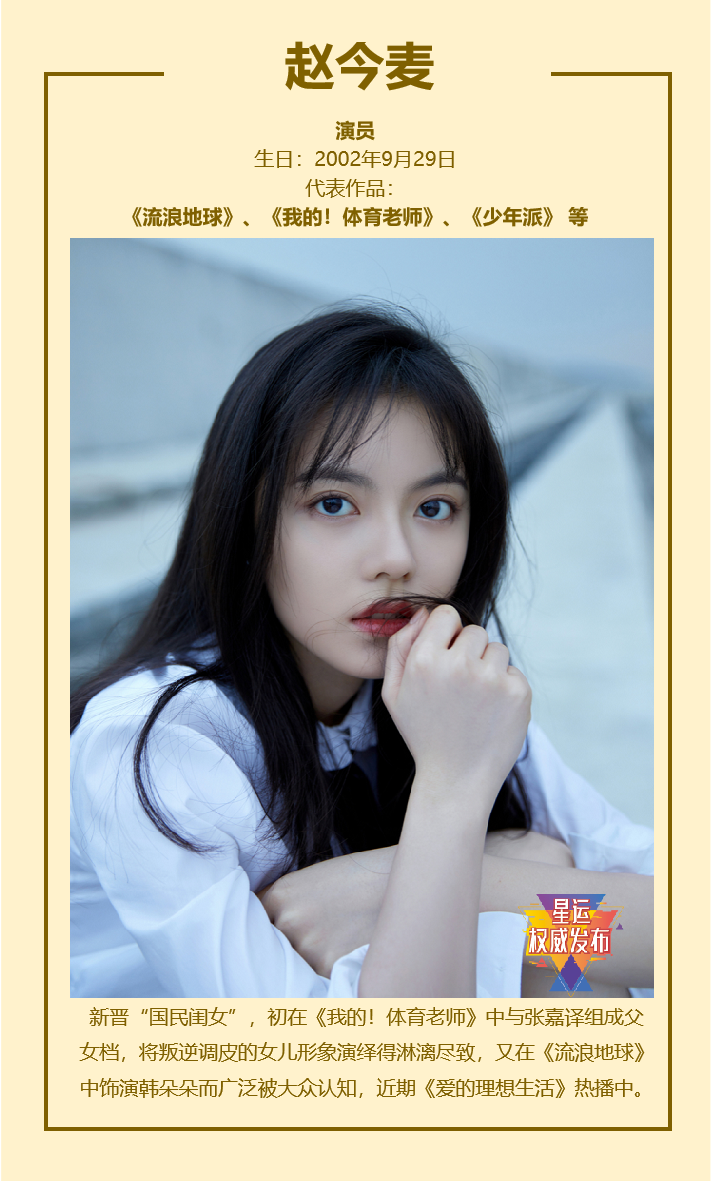